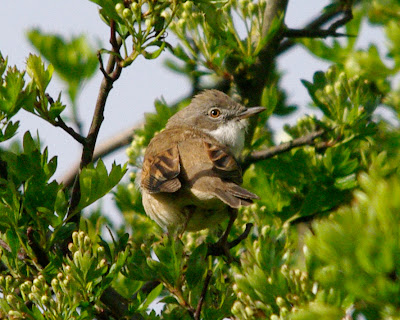 With the sun being out I decided to take my camera out on both of the early morning dog walks at the local patch. There was nothing like the patch tick of my last post but a year patch tick of a Swallow (though only passing through) was nice and the male Whitethroat that I’d heard back earlier in the week finally made an appearance on Saturday and a female and a second male were around on the Sunday. I’m pleased to see them back as they have bred successfully that I know over the past 2 years and hopefully that success will continue this year. 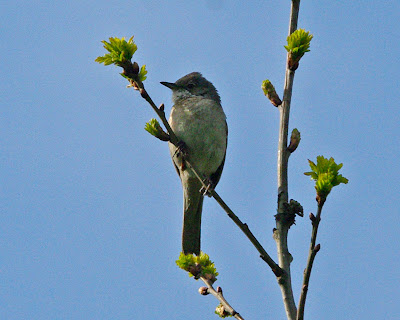 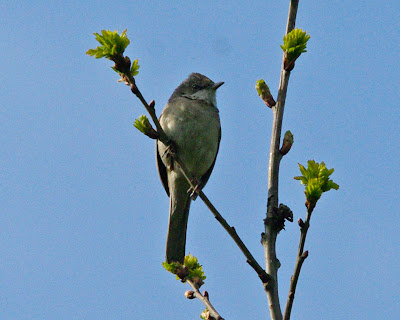 ABOVE MALE WHITETHROAT BELOW SONG THRUSH 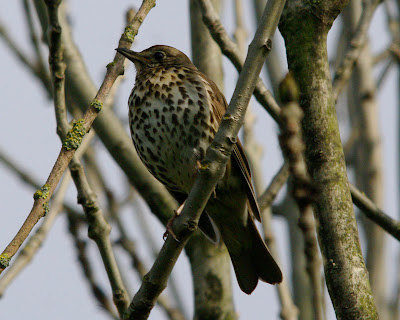 Other species around on both days was a singing Song Thrush, one of several on the patch, at least 5 Chiffchaff and 2 Willow Warbler. Magpie and Blackbirds could be seen regularly feeding on the meadows as well as Chaffinch  and Greenfinch calling throughout the woodland. On the pond 4 Coot chicks as well as two adults, a single Moorhen and 3 Mallards which had bred with 8 chicks seen several weeks ago but those numbers dwindled down over a week or so and now I haven’t seen any for a while. As I was leaving the patch via the tunnel under the A6 a Jay flew out of the woods at speed swiftly followed by a female Sparrowhawk, the Jay managed to escape as the Sparrowhawk alighted briefly in one of the trees.
*An update for Sunday evenings visit included 2 Greater-spotted Woodpecker, 2 Male & 1 Female Blackcap, Wren, Robin, Dunnock and an Oystercatcher over the patch.