With poor ringing weather  for the next few days, if the forecast prove correct, thought I would check how we are doing so far this year. With 1469 new birds so far we are already well past last years total for the full year of  1315.

Including retraps Reed Warblers head the list with 474 compared to 345 last year. A close second is Willow Warbler, with 345 an increase of 182 on last year . Sedge Warblers at 130 saw an increase of 25 but Chiffchaff at 81 are still 20 behind last year although September is  usually good for this species, as it is for Reed Bunting which is already 28 up on last years 58.

Of the less frequently ringed species Treecreeper  are amazing with 43 this year compared to just 27 in the whole of 2017. Blackcap went from 21 to 36 this year. Species which are down are mainly the tits  which usually come into the reed bed and willow scrub later in the year. Blue Tit is a good example being 54 down on last years total of 227.

Bearded Tits are our main study and we appear to have been a bit unlucky with catches. Last week was typical  a flock was calling near the nets but the wind got up and we had to take down. To date we  have recorded 29 birds but September/October are usually the best months and grit tray sightings of colour ringed birds  should  get underway shortly.
John 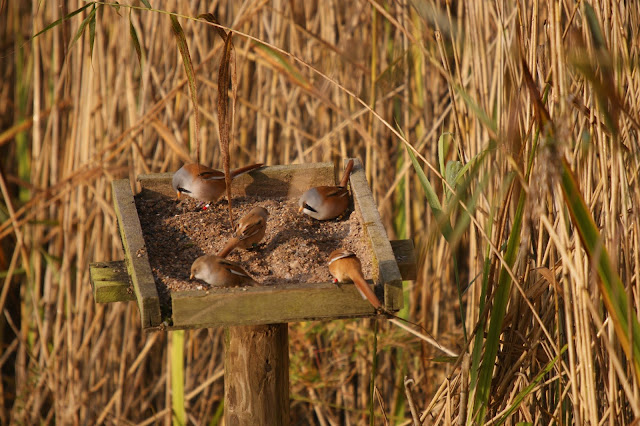