The sighting of a pair on the  grit trays at Leighton Moss RSPB Reserve today signals the start of the gritting season. The pair sighted proved most interesting.

The Grit trays are just off the main public path leading to the Causeway Hide. A new viewing  platform  been installed by the RSPB, giving brilliant views of the three grit trays. I you visit and get details of the colour ringed birds please send them to johnwilson711@btinternet.com and help in our research on these amazing birds. Birds are best seen on reasonably calm days between 08.00 and 11.00 from now to late November.
John 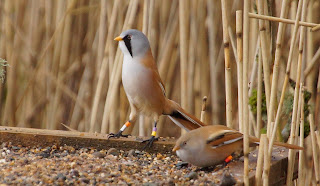