What a difference a few days make!

Despite the rather cool conditions, there has been a notable arrival of migrants around the reserve in the past week. Amongst the many sand martins frequently feeding over the meres, a few swallows and house martins have been spotted. Our first willow warblers too have arrived and their lovely cascading song is a true sign that spring is truly here. Blackcap numbers continue to rise and they can be heard in suitable habitat all around the site. Even more vocal are the Cetti’s warblers whose loud explosive song emanates from the scrubby edges of the reed beds.  A scattering of ospreys have passed through and they will doubtless become a regular feature as they visit the reserve to seek out fish throughout the summer months. Other recent sightings include a rather early spotted crake (pictured below with a water rail) which was discovered by our wardens earlier this week and today (Saturday) a spoonbill dropped in to join the little egrets and great white egrets out on the Eric Morecambe Pools. 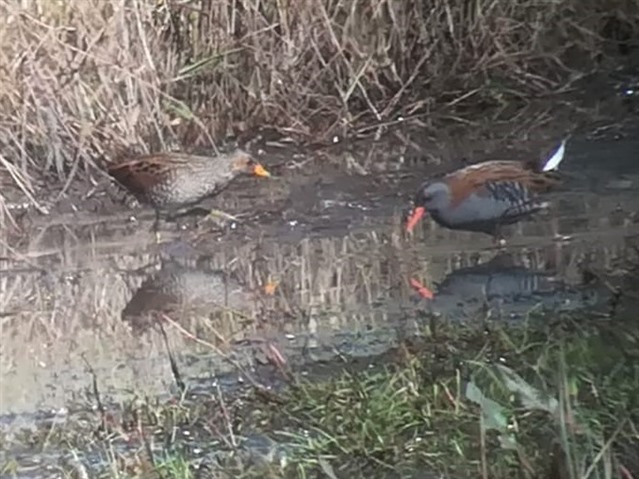 Marsh harriers are busy nest building at the moment and can be seen and heard daily, especially as they carry out their spectacular aerial sky-dancing courtship displays. Our other famous ‘resident’ species, the bittern, is also showing encouraging signs of nesting. At least one booming male is currently vocalising vigorously, particularly in the early hours. Hopefully, his impressive baritone will appeal to a female and we’ll have successful breeding at Leighton Moss again this year (fingers crossed…).

Back on the saltmarsh, more than 60 avocets can be seen from the Eric Morecambe and Allen Pool hides along with hundreds of black-tailed godwits and other waders. The noisy black-headed gull colony is in full swing too, making for a fabulous sensory overload! 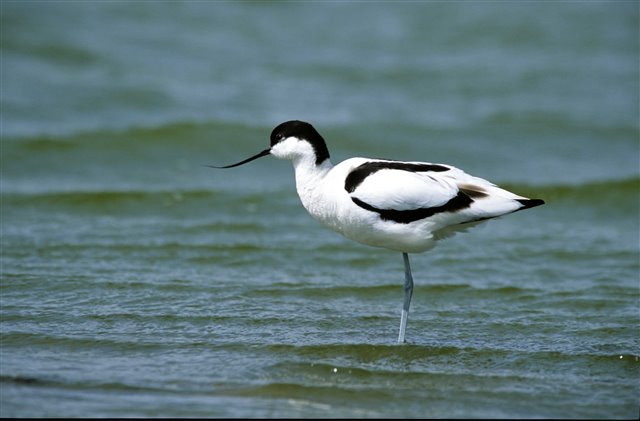 Mammal watchers have continued to enjoy the antics of our otter family; the mother and her three cubs are seen most frequently from Causeway or Lower hides though they do make occasional surprise visits to other parts of the reserve, much to the delight of onlookers!

April really is a month of change and we’re still hosting a few remnant wintering birds such as goldeneye and even a lone female scaup. However as the days go by spring will really take hold and we’ll continue to add new arrivals onto the reserve as they head here for the breeding season.