Hard to believe I didn't get up Hawthornthwaite Fell this summer, the last and only time I was there was 22 April when I found none, but I derived great pleasure in finding 3 Stonechat at Hawthornthwaite yesterday, also a decent count of 22 Red Grouse and a Wren to note. 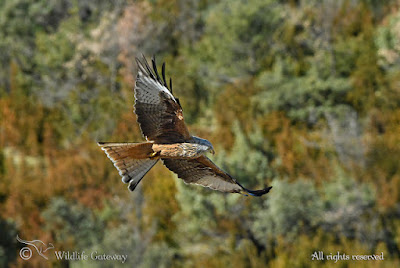 Red Kite Noushka @ 1000-Pattes Clik the pik
As I reached to top of the hill at Cam Brow, turning a bend I was confronted by a large raptor on a carcass in the road, the bird took off the minute it saw the car and flew north toward Abbeystead. I pulled off the road to walk back to see if I could find the bird, but it had disappeared, but soon came into view again flying south towards Hawthornthwaite Fell, it was a Red Kite. I'm grateful to Noushka for the excellent image of this stunning bird.

At least 100 Chaffinch seen today. Walking up the track toward White Moor from Tower Lodge, c.40 were up and down out of the trees and onto the track, I found just 2 Brambling with them. Later another flock of at least 60 seen in the road east of Tower Lodge, this time up and down between the traffic with just one Brambling seen with them.

Good numbers in excess of 200 Fieldfare seen on the day, with estimates of at least 40 at Isle of Skye Farm, probably 100 at Fellside Farm seen from a moving car, and 70 in the Tower Lodge area. A Dipper was the only bird seen on the Marshaw Wyre. 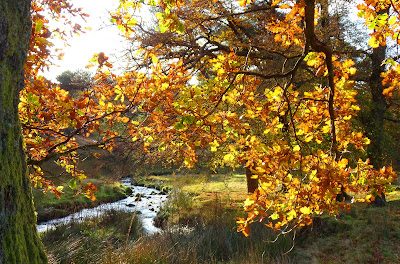