You really couldn’t make this up. The UK has gone completely bonkers.
“Natural England has given permission for the destruction of 4,500 Mallard eggs over three years to prevent ducks “walking out in front of cyclists” and causing accidents.” 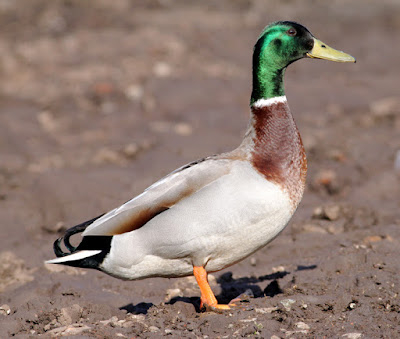 Mallard
Environmental campaigner Jason Endfield unearthed the licenses through a Freedom of Information request. The licences to destroy Mallard eggs primarily cover the counties of Suffolk and Bedfordshire, although exact locations have been redacted from the Natural England data.
The Bedfordshire licence applicant said the Mallard population had risen dramatically and noted that they congregated around seating areas. Other reasons cited were “faeces around seating areas” and the risk of collisions between birds and cyclists.
Natural England issued the first licence to destroy 500 eggs in Bedfordshire in 2016, with a second licence awarded in 2018 allowing the destruction of a further 1,000 eggs. Officials have also rubber-stamped applications to destroy 500 more eggs this year and another 500 next year, the documents show. In Suffolk in 2017-18, Natural England gave the green light to destroy 2,000 Mallard eggs and 300 geese eggs, according to the papers.
Endfield, who also brought to light in recent months Natural England’s decision to issue licences allowing the killing of Brent Geese and endangered gulls, said: “I am struggling to find the words to express my disbelief and despair that Natural England decision makers thought it appropriate in any way to issue a licence to an applicant that seriously considered ducks to be a threat to cyclists.
“Surely someone at the agency should have challenged this stupidity at an early stage rather than proceed to issue a licence that legitimised the wanton destruction of wild birds eggs for such spurious reasons.”
Natural England was unable to comment due to electoral purdah, but pointed out that a successful applicant must provide evidence that the species targeted is causing a problem; that non-lethal alternatives have been tried; that the action is proportionate and that the species' conservation status will not be negatively affected.
Comments please. Or, write to your MP, hopefully the new one who will soon replace one of the 650 clowns currently in Westminster.