The Safari has had a couple of visits to the North Pier Starling roost to see if there was any murmuraing happening.
The first evening we were treated to a spectacular sunset and as the Starlings flew in we did our best to estimate the flock size and kept a tally in our head - we ended up with a very rough 'count' of 18,750. 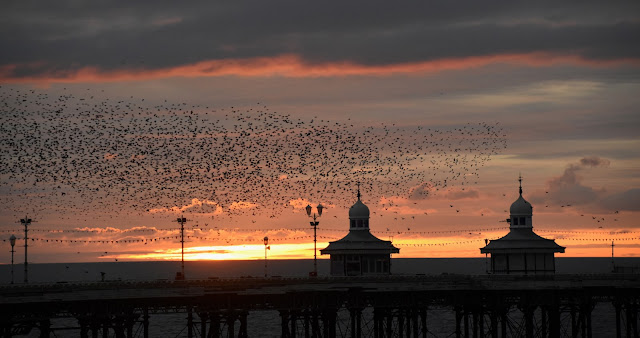 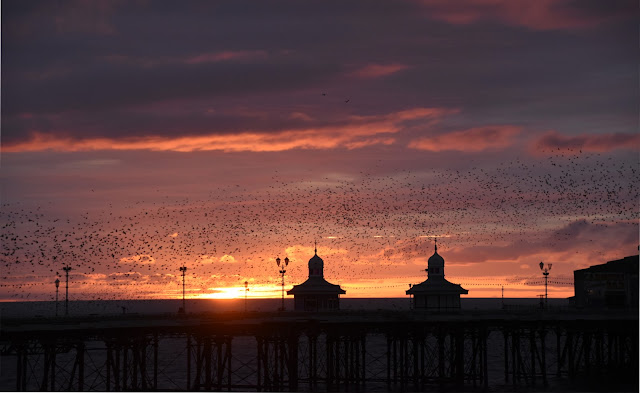 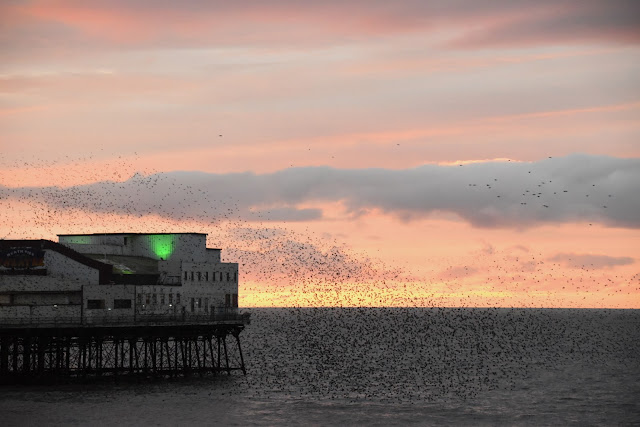 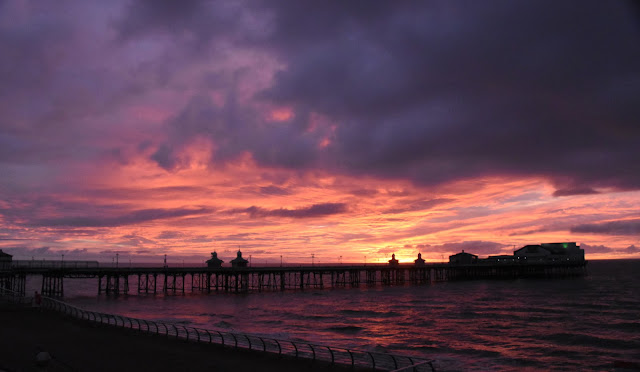 As you can see there were plenty of birds and they did quite  a lot of flying around but didn't throw so many shapes as to be a 'proper' murmuration.

The sunset wasn't quite so vivid for our visit the following evening but shaped up quite nicely for a few minutes. The Starlings put on a better performance too, bunching up quite nicely at times. 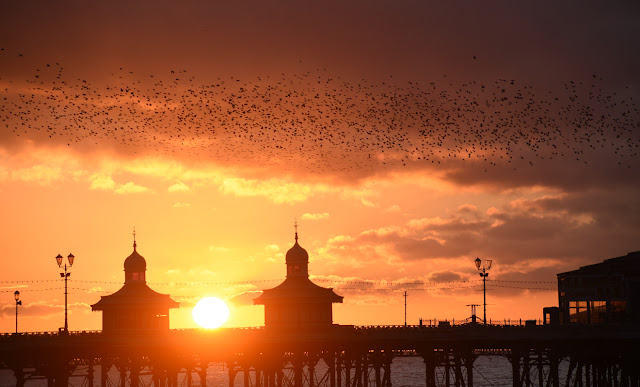 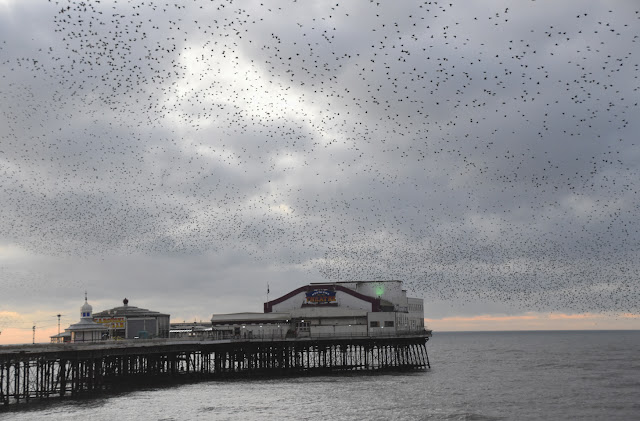 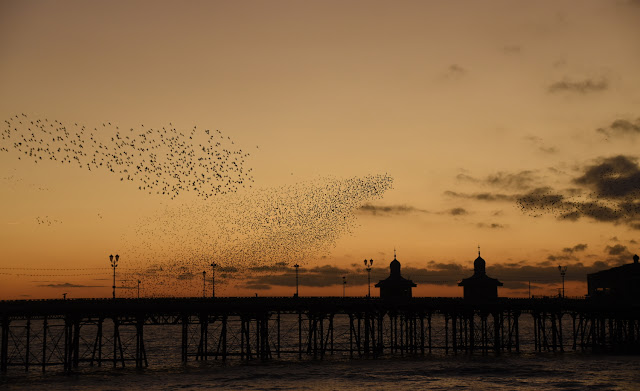 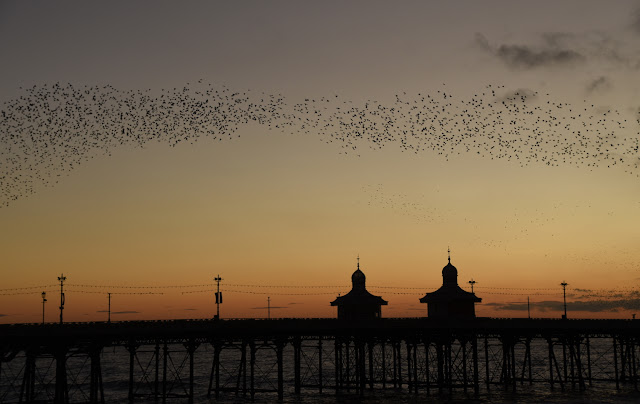 Once the light had gone we walked back to the car but looking back we saw more birds arriving and making better shapes. The plan in future might be to watch more ditantly from the prom to the north to see if that gives a better vantaage point from which to watch the swirling flock. We  tried that this evening but all the small arriving flocks did was to dive straight under the pier deck on to their roosting ledges. Maybe the strong wind made them disinclined to murmurate.
In other news the bird feeders at Base Camp have been quite and unusually the most frequent visitor has been a Dunnock. It's on odd one as it thinks it's a Blue Tit or maybe a Greenfinch. It's not often they use hanging feeders and even then it's by far more likely they'll use an open port feeder than a mesh one but ours doesn't seem to like the suet pellets infused with mealworms in that feeder but chooses the sunflower hearts in the mesh feeder. The two feeders are only inches apart so it's not as if one is more difficult to access from the nearest branches. 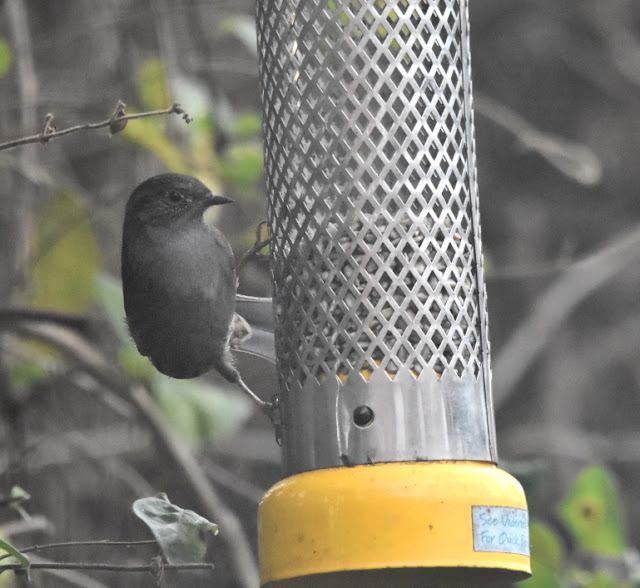 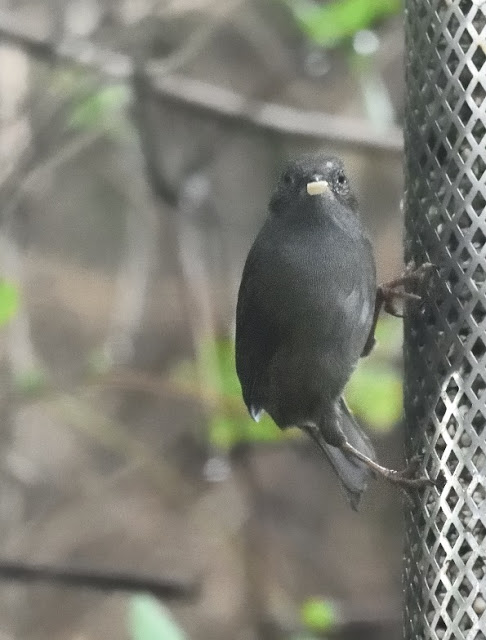 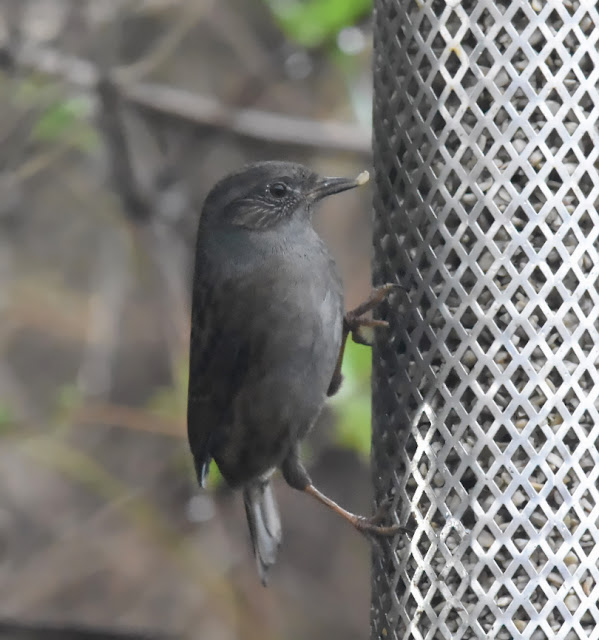 Now the big question is - is this the same individual as this one from autumn 2016???
Does anyone else have that do this rather than use an supposedly 'easier' type of feeder? Here's a pic my mate RL took a few years ago of one on an 'easy' feeder. 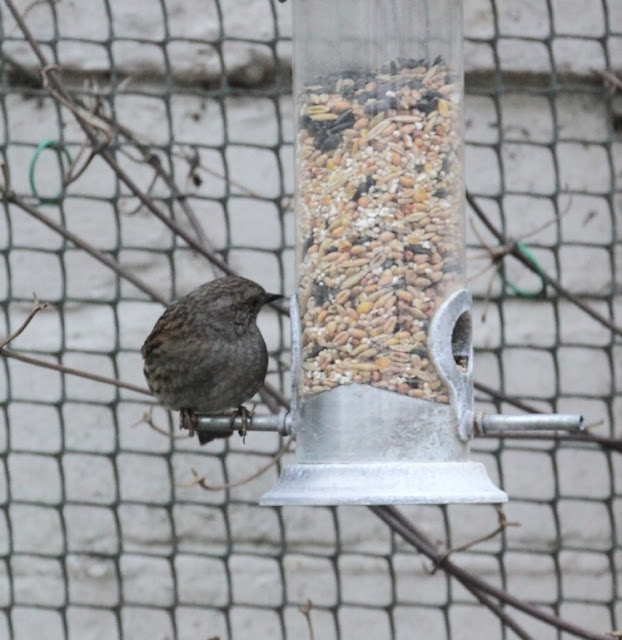 Where to next? We're rather hoping the nearby Purple Heron will be re-found so a twitch might well be on the cards.
In the meantime let us know which wrong birds are dangling off your feeders in your outback.