I had a conversation on the telephone with Martin Jump yesterday, very informative and much appreciated. Later in the day, two e-mails collided in my inbox, when some images sent by Martin, and some more sent by Howard Stockdale, arrived virtually at the same time....Please clik the piks. 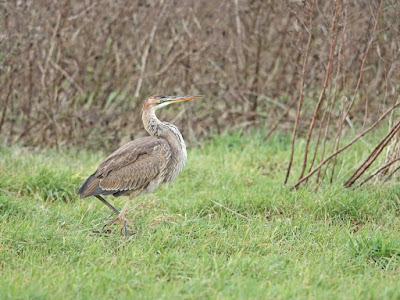 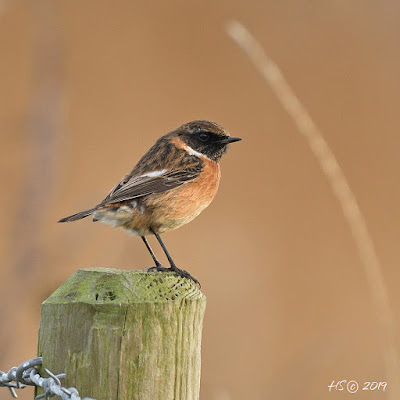 Stonechat Cockersand. Howard Stockdale
Howards images where of the 'Lighthouse Stonechat' which he found yesterday in the set-aside on Slack Lane. This is great news, as I had not seen this bird despite two visits here, and it had not been seen since 22 December by Andrew Cornall.

Thanks to Martin and Howard for the excellent images.

Bring on the clowns.

In relation to my last post, a couple of piks I thought you might like to see, albeit for all the wrong reasons....You did watch the video I hope. 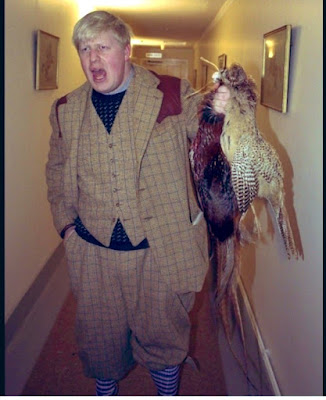 Unfortunately I gave my vote to put this clown in Westminster as our PM. Although I voted to remain in the EU, I was left with no choice, as any other vote would have made things even worse, as if that was possible. 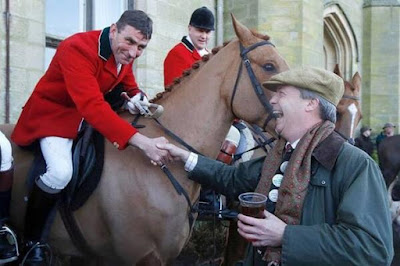 As for the ever grinning Farage. Here we see him shaking the hand of yet another illegitimate creep.
My point is this, you can't get above and beyond these idiots, the Fox - and don't forget the Hen Harrier - stands no chance of being protected against the bastards who kill for kicks, whilst the Westminster bunch make the rules, then tell everyone to ignore them.
Hopefully I'll be back soon, and Birds2blog will continue with the purpose it was created for, to record the birds I have a passion for.