“Signalling Love”
Pecker, not one but two doth drum and prod and peck those rotted trunks.
Belated echo from this side to that side and back with just the lane between,
Whilst Nuthatch calls fast whip, whip, whip, but never so fast as pecker pecks.
Bordered walls of pure green which does not change its shade, nor darkens,  with age whatever the time of year, Its velvet look and feel so soft and kind to touch, so snug its cover, and fits those fossils like it’s glove.
Pecker, its time for you to mate, and make your holey place to rest and nest,
You’ve chose that peaceful hallowed place where many souls do lie,
That place to see the deer run past, the doe and fawn amongst it’s cast.
And from that budding canopy, the distant lure of constant chorus sings out,
so sweet a sound you’ll ever hear, approaching love is all so near.
(20thJanuary 2014 whilst walking down the small lane between Pear Tree Cottage and Dalton Lane)

A nice sunny afternoon so why not go and check some of the Orchis mascula (Early Purple Orchid).

These photos show the early rosettes of that same orchid of how they are progressing.  I found some of the rosettes at only 1 1/2", yet I found another at 4" wide and all sizes between.  Here are the photos... 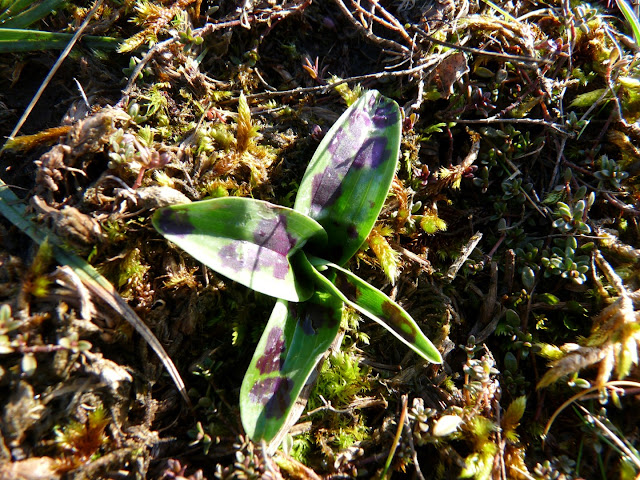 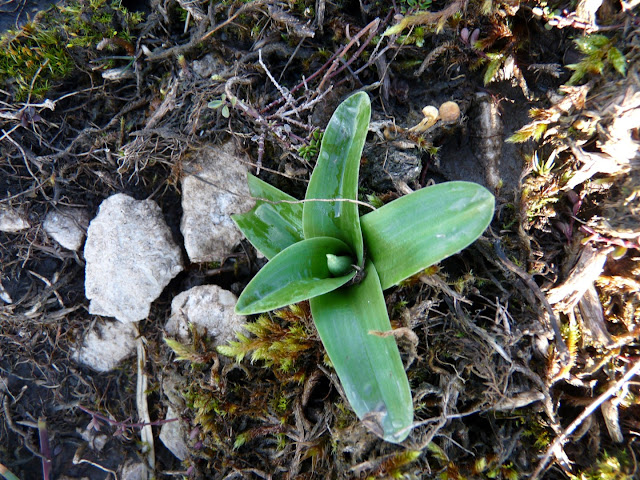 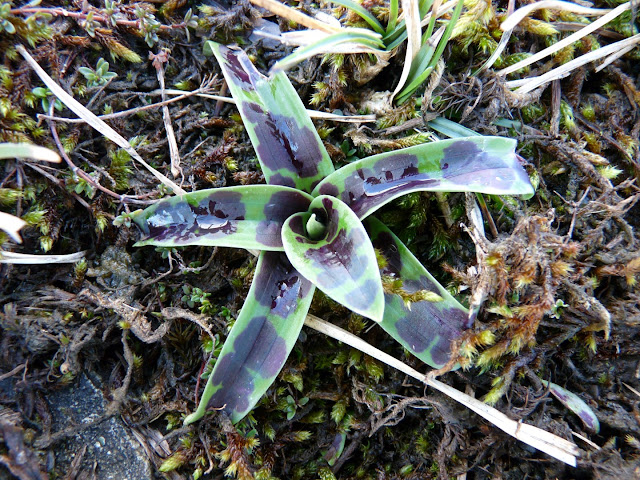 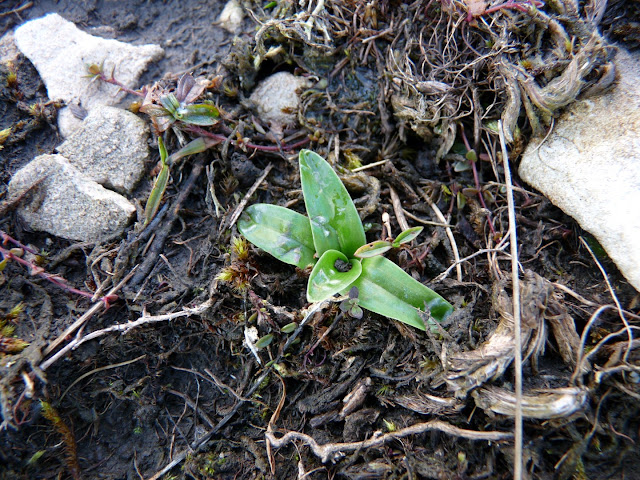 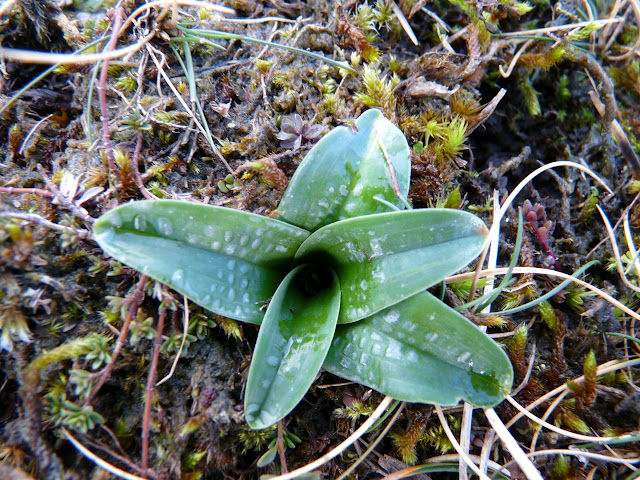 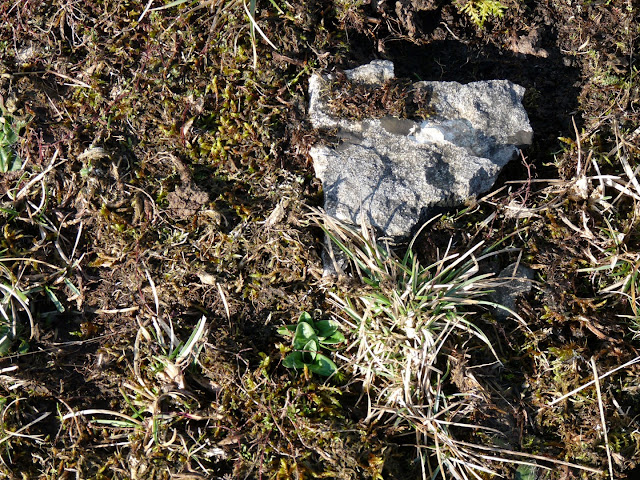 This one is well behind, or I should say this unmarked pair and they are
something special our: "Albino's
In most years sadly they get predated by Brown Hare
Just like last year and the year before. I will try and give it extra protection this year.
hoping it comes through OK this year.
Just so you can see what it comes out like here below is a photo from past years 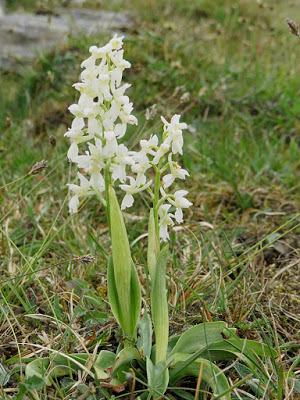 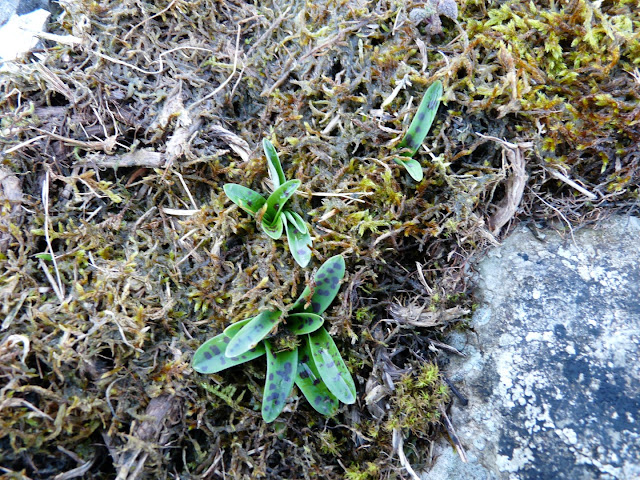 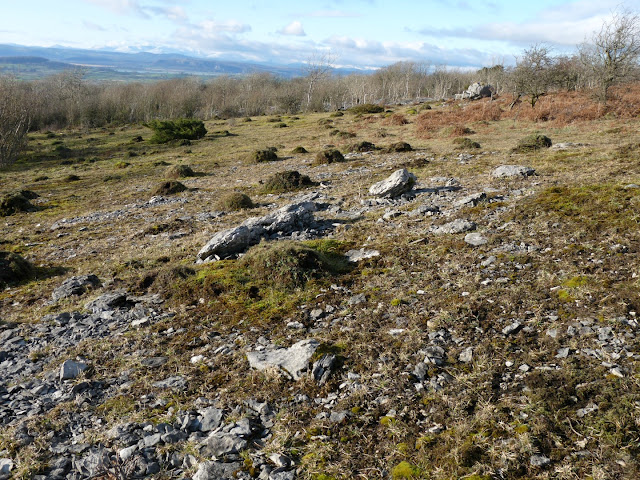 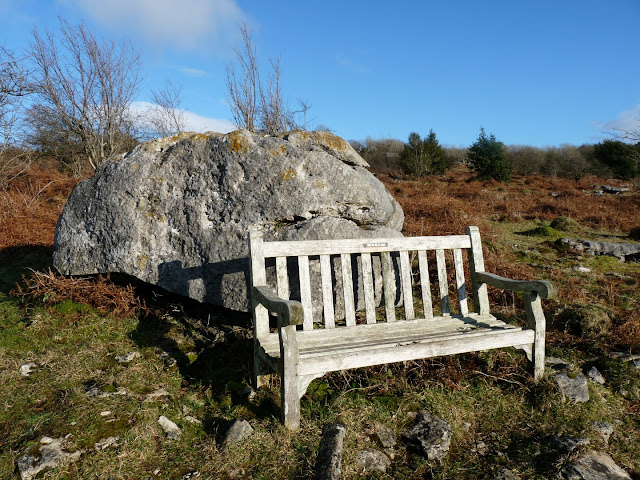 Below shows a couple of nearby pavements 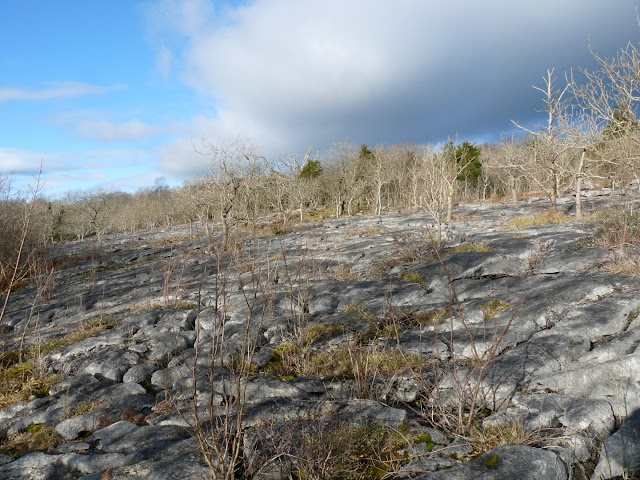 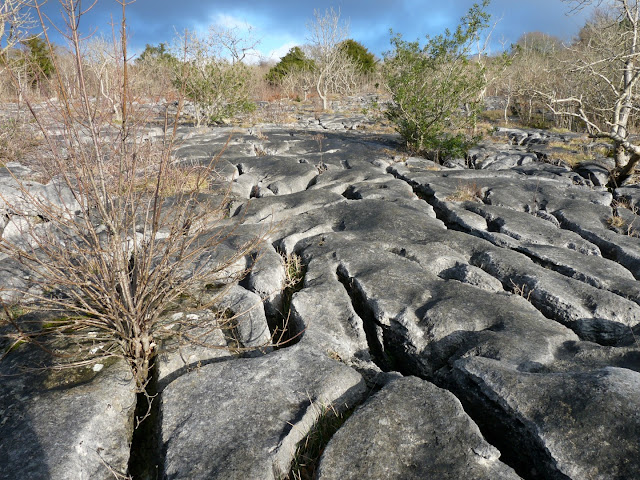 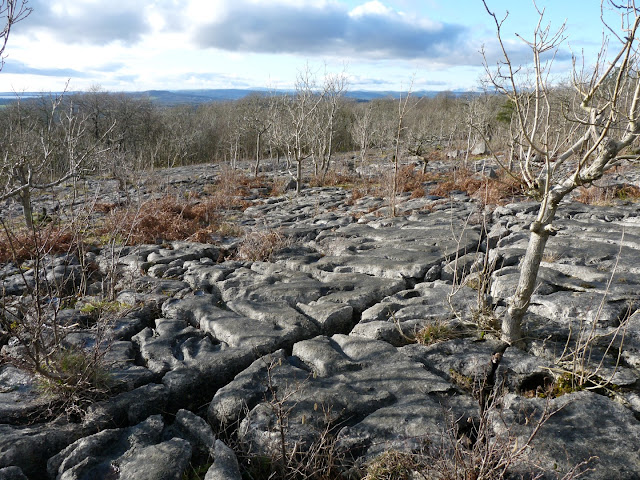 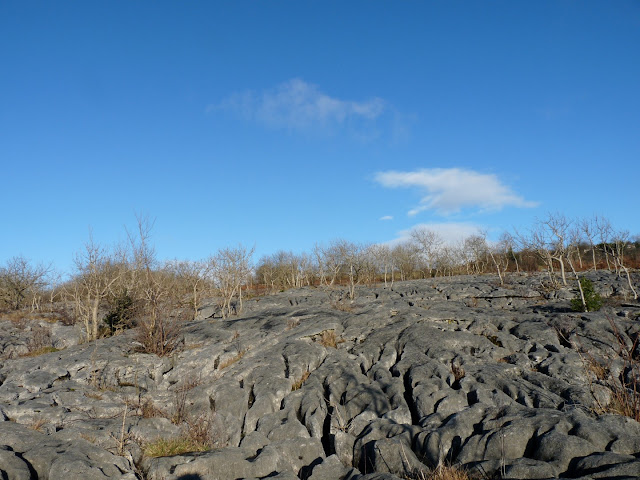 They are not good orchid pavements although you will
find just a few Mascula (Early Purples)
They will later have up to 30 Epipactis helleborine (Broad Leaved Helleborine
They are extremely poor for Epipactis atrorubens (Dark Red Helleborine) and will have about 100 specimens in total for all three of these pavements combined.
One of the pavements does have a single rare hybrid (E. helleborine x E. atrorubens)
On my way up there I went by Slape Lane and was contemplating how in a couple of months those beautiful (Vicia sepium) Bush Vetch, one of my favourites along with  (Adoxa moschatellina) Moschatel, will be lining these bankings.
I had several Nuthatches calling from various parts of the woodland, I flushed a wintering Woodcock, A Great Spotted Woodpecker was drumming away, several Redwing, a very sorrowful Bullfinch was piping away, A lovely little bird with such a special nasally "Swies-hup" attractive call  - The Marsh Tit
and to finish off today some very special (contact) calls from 22 Skylarks which were obviously held up and flew up from the nearby muck heaps on the unploughed ex maize fields. A cracking record for the area......Yet another excellent day...