Birders with eyes on the skies and ears to the ground will not be surprised by a RSPB (Royal Society for the Protection of Birds) report that raptor persecution shows no signs of slowing down across the UK.  Are we also shocked to learn that while the figures are scandalous enough, they simply scratch the surface when many incidents go undetected and unreported?
Another Bird Blog has alluded to this in the past when in this part of Lancashire the Common Buzzard mysteriously disappears from regular locations where countryside folk love their shoots.  Exchanges with such folk reveals a huge distaste for Buzzards, Sparrowhawks and Peregrines. In many cases the same people have little or zero knowledge of each species other than their own ingrained prejudices and misconceptions about "hook-bills". 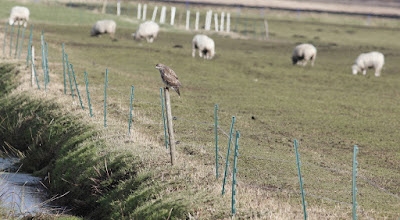 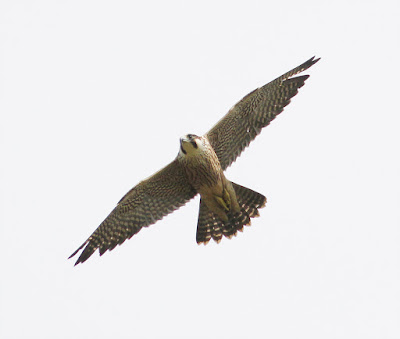 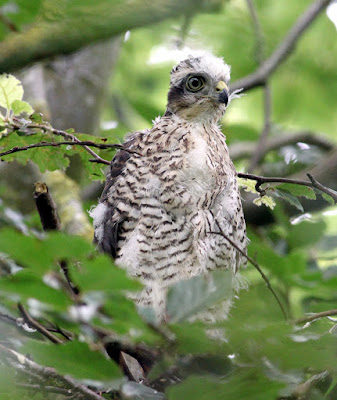 Sparrowhawk
The RSPB revealed this week that 2018 saw 67 incidents of bird of prey persecution confirmed in England alone, equalling the previous highest in the country noted way back in 2007. These figures come as the RSPB’s Raptor Persecution Hub, originally launched in 2018, and now for the first time depicting a full 12 years' worth of confirmed raptor persecution incidents back to 2007.
There’s an interactive map where a user can filter and search for incidents in their own locality.  The visual map makes for a better appreciation of a problem that will not go away. 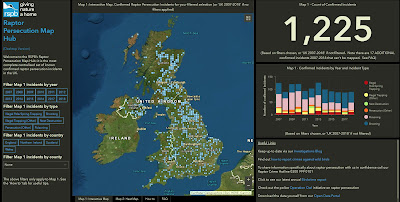 RSPB - Raptor Persecution
Over a 12-year period, 22 species of bird of prey were targeted. Species of highest conservation concern include Hen Harrier (13 incidents), Northern Goshawk (24), White-tailed Eagle (4) and Golden Eagle (14).
Common Buzzard is the most frequently persecuted, with 428 incidents involving the species. Red Kite is in second place with 189 incidents and Peregrine Falcon - 131 in third. 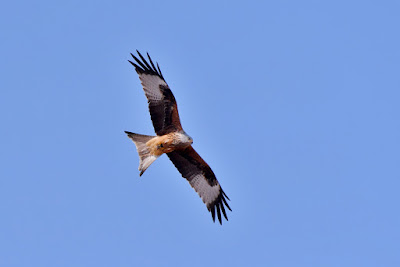 Red Kite
Other victims include Eurasian Hobby, multiple Long-eared and Little Owls and singles of Red-footed Falcon and Eurasian Eagle-Owl. The Red-footed Falcon was well documented at the time, a well-twitched bird seen in Staffordshire and Lincolnshire before being found shot in Cambridgeshire. 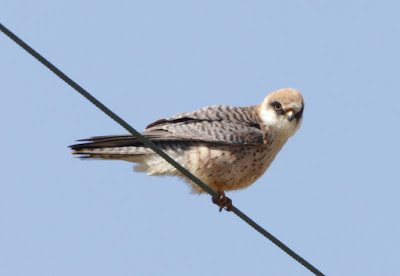 Red-footed Falcon
There are several clear black-spots, where persecution is highly prevalent with little surprise that the majority are in areas of upland habitat, often used for driven grouse shooting:
Shooting is the most common form of persecution with 484 confirmed such instances. Poisoning was close behind on 472. A further 194 were due to trapping of which 104 were pole/spring traps, while 30 findings were of nest destruction.
The figures above are simply the number exposed and will have little bearing on the actual number of birds of prey targeted in the year while detection rates remain low. Mounting evidence shows that crimes against raptors are more covert as the perpetrators become more secretive in their movements. This follows the enactment of vicarious liability legislation and the increased use of satellite tags to monitor raptors and a reduction in poisoning incidents, presumably because such crimes become increasingly easy to detect. 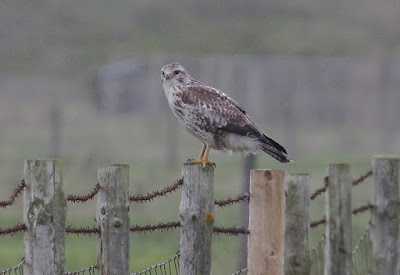 Buzzard
The figures show that few areas of the UK are unaffected. It is also obvious that the highest concentration of these incidents tend to occur where the land is managed for intensive driven grouse shooting.
The RSPB - “This data underpins the need for urgent changes which must be made to protect our magnificent birds of prey, and put an end to this appalling slaughter once and for all."