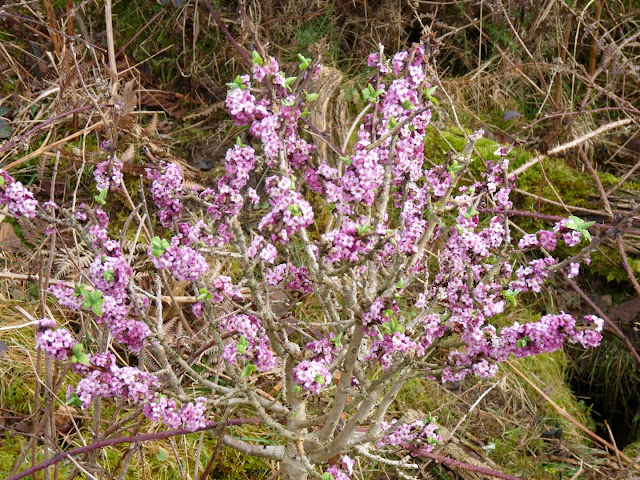 Burton News – March 2020 (compiled 20th Feb)
Birding
Again my own main story relates to the Chaffinch and that’s where most of my time has been spent getting up early every morning and being over in Dalton Crags at the start of daylight monitoring the numbers of these little beauties coming over from their probable roost site of New Park Plantation which lies to the back of the Hutton Roof Timber yard. I was getting just short of 3,000 birds if we go back to the end of January and the first week in February, but by the 9thStorm Ciara came along and produced SW winds of between 36mph and 70 mph, which in turn dropped the numbers of the Chaffinch to 466 on that day, I was surprised that any came through especially on 50mph regular winds. The numbers did pick up for the next four days averaging 1500, but by the 14ththe numbers dropped yet again to 318 and then averaging 600 per day with the best count more recently being 870 on 19th Feb.  I expect the birds have probably dispersed and broke up with some finding other “mast” feeding areas nearby! (I think that New close coppice or elsewhere within the Dalton Hall park is where they may have gone.)  By the way quite a few Brambling and Siskin parties have been accompanying the Chaffinch.
I have had plenty of Redwing with a resident winter flock of up to 100 commuting between their base at Curwen Wood Park and occasionally heading out to the fields and trees of Vicarage Lane.  Although we had lots of Fieldfare on passage back in October, very few have stayed around and at best I am only getting small groups of single numbers.
Still seeing our Great White Egret on an almost daily basis, but maybe I should be saying Egrets, because I am told by a Burton birdwatcher that he has seen a pair together on several occasions in the usual places, using the dykes in the swampy fields to your left just has you are leaving Burton,  in the Kendal direction.
I read only yesterday (19th February) that they had reported their first Swallow this year over in the Netherlands, and I would probably expect our first arrivals locally around the last week in March or 1st week in April.
I know the Skylarks are around because on Friday 14th February I managed to disturb 22 of them which had been held up and were taking advantage of feeding around the bottoms of the muck piles stacked up within Mike Taylors old maize fields, they dispersed has I went past though to settle in a field further above Vicarage Lane, in fact the same field were the Lapwing usually breed.
It’s possible we may also receive our first Chiffchaffs around the 3rdweek in March, and you never know the Wheatear will be arriving again during the same week.
I have been hearing our Great Spotted Woodpeckers giving off their drumming calls and obviously they are pairing up in readiness to breeding. I guess its “Signalling Love” please ready my poem at the end..
Wild Flowers
It’s surprising just how early some of the local wild flowers have been this year, quite unprecedented, to give you a example I was walking along Slape Lane during the first week in February and I came across an extremely early flowering Red Campion, which you would not expect to come out before April, but sadly it wasn’t  to last long because over the next day or two Storm Ciara 9th Feb must have been responsible for bringing water torrents along Slape which flattened quite a lot of the emerging flora on the sides. It was way back in late December that I noticed the odd Cows Parsley in flower on Vicarage Lane which is yet another one you don’t expect before late April or early May.
“Daphne” who is she?
That indescribable aroma which has been coming from the Daphne trees or shrubs in people’s gardens has been fabulous and how on earth does that magical aroma just keep on coming and coming day after day.  But it’s one thing coming from the cultivated plants, but what about the rare natural wild ones and yes it’s that time of the year again I should go and visit our five wild Daphne Mezereone shrubs which should now be showing at their very best. We are so lucky to have these on our own doorstep on Hutton Roof.
Please check out my nature blogs:
I LOVE ARNSIDE AND SILVERDALE:  https://arnsidesilverdale.blogspot.com/
A day to day blog about the nature especially on Hutton Roof


“Signalling Love”
Pecker, not one but two doth drum and prod and peck those rotted trunks.
Belated echo from this side to that side and back with just the lane between,
Whilst Nuthatch calls fast whip, whip, whip, but never so fast as pecker pecks.
Bordered walls of pure green which does not change its shade,
nor darkens, with age whatever the time of year, Its velvet look and feel so soft and kind to touch, so snug its cover, and fits those fossils like it’s glove.
Pecker, it’s time for you to mate, and make your holey place to rest and nest,
You’ve chose that peaceful hallowed place where many souls do lie,
That place to see the deer run past, the doe and fawn amongst its cast.
And from that budding canopy, the distant lure of constant chorus sings out,
so sweet a sound you’ll ever hear, approaching love is all so near.