"snippets of wealth"
diaries....(see below)

Today whilst vismigging I had a Comic Tern overhead.

"Comic Tern" for anyone who does not know is to which sort of Tern it is, yet at the same time you do know it is either a Common Tern or a Arctic Tern but which? I would presume it to probably be the Arctic because they were moving this morning in several parts of the Country also.  SO the first three letters of the COM (represents Common) and the final letters IC (represents Arctic) so there you have it COMIC TERN

Another Swift reported this morning from Bury

Today was over at Hutton Roof, South West side of the village aligned to Park Wood
Had my first Garden Warbler and singing for ages
Had my first Common Redstart
Also 11 Willow Warblers, 2 Chiffchaffs, 1 Blackcap
Also great to see the Primrose field 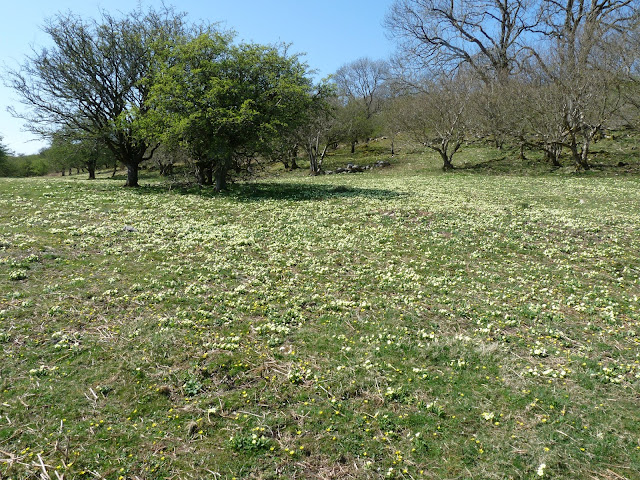 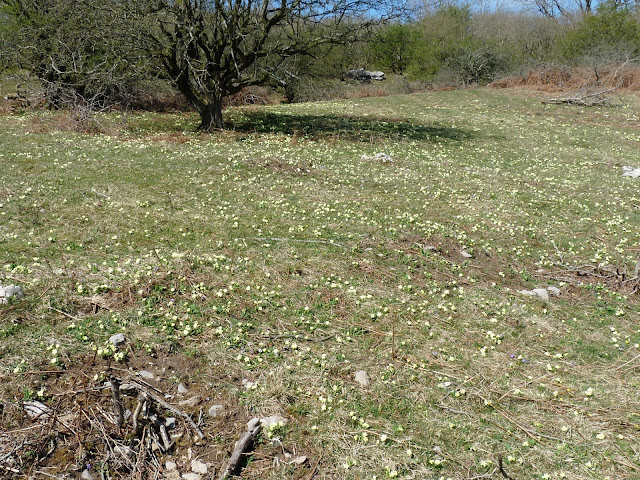 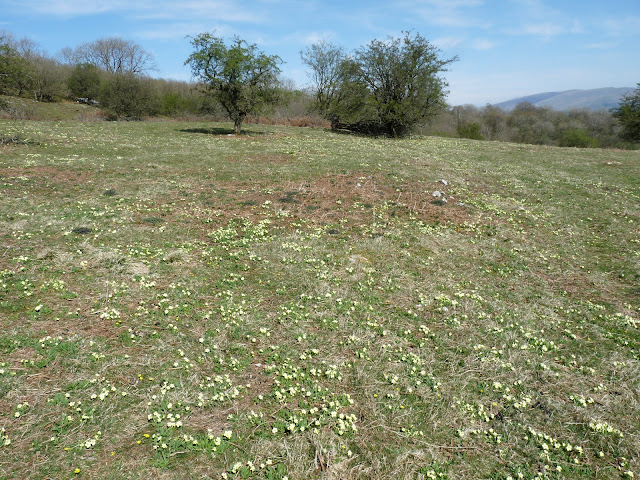 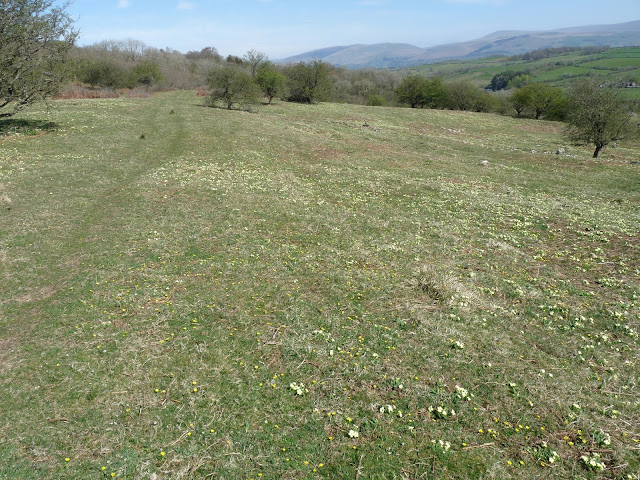 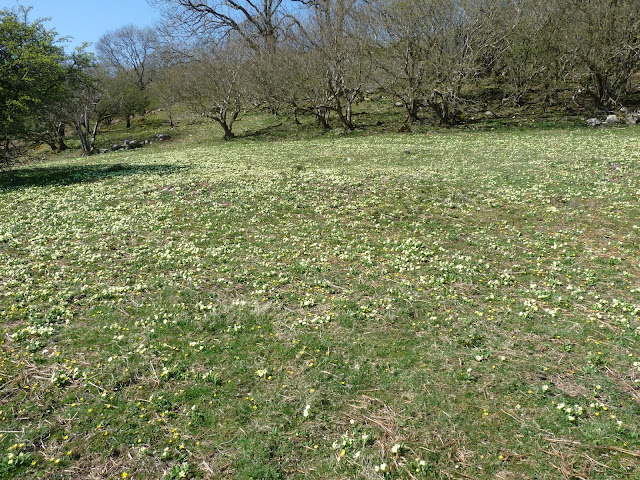 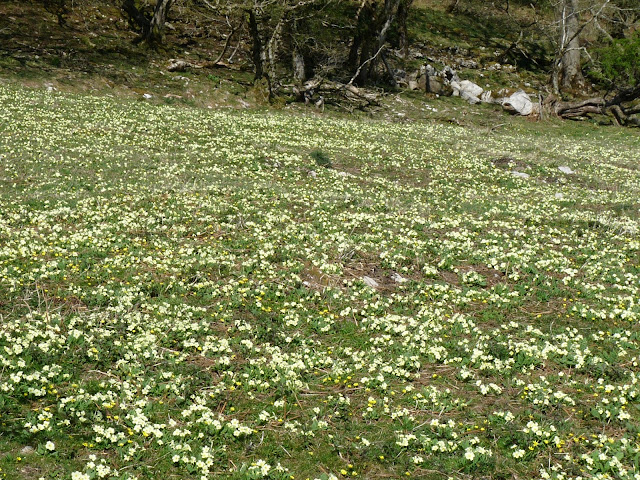 Informed Yellowhammers are back on territory at 3 separate sites on Holme Park Fell and Farleton Fell areas. 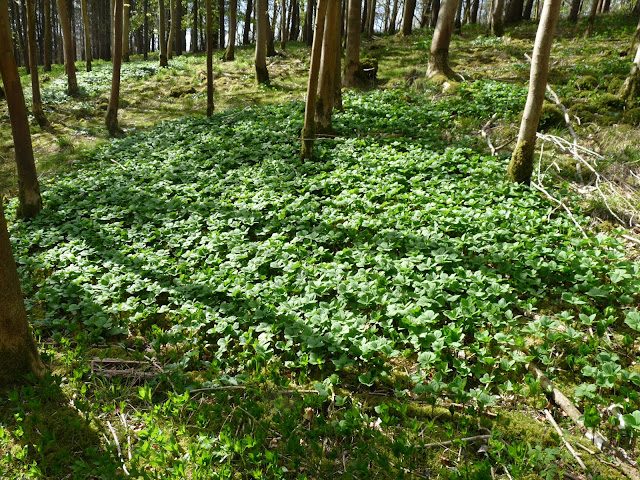 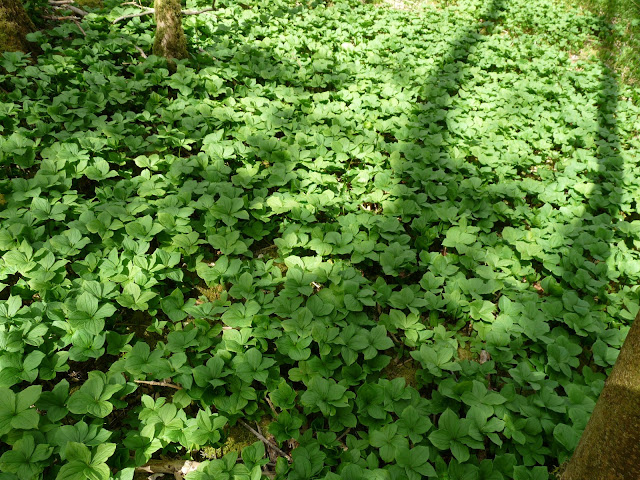 Herb Paris
14th April 2020
Primula vulgaris (Primrose) are now fresh and at their best. Throughout Dalton and Lancelot with the best showing to the lower field on the Hutton Roof side.

11th April 2020
Swallows back on territory at Russell Farm, Dalton, Burton In Kendal. 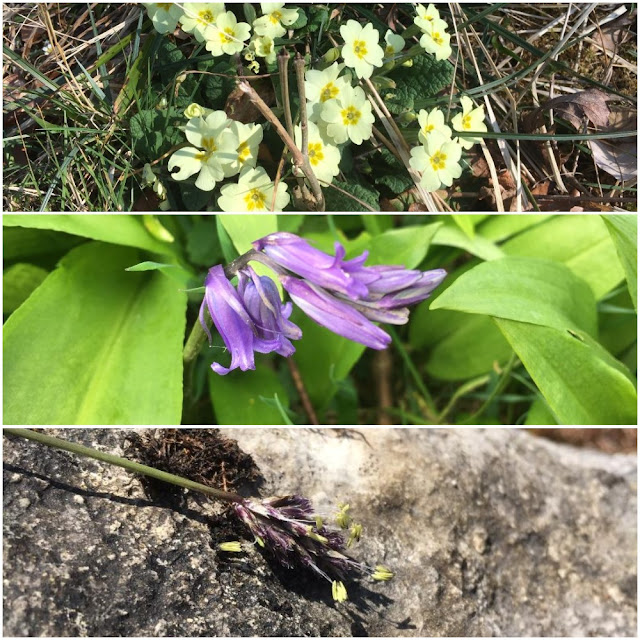 Sir Lancelot  -  (8th April 2020)
Exercise by Lancelot's side
without a sword of fire!
for here lies the best, the very best,
his offering lands to bear.....
Which today my applaud, dear Lance,
with Clarky and Miss A Note too,
Your knights have travelled the night,
to seven as bold as told.
(7 Chiffchaffs arrived recently)
And now a confusion of Warblers sing,
with four to heed the chase in conifer flutter and craze,
As bold as will our Sylviidae to wrench another fall,
With six as plaintive a bouquet can be.
(6 Willow Warblers arrived recently)
Blazen and bold the quickening Blackcap told,
Of his travels from distant lands
His search to find his Browncap mate,
in haste, for his race is on
(2 Blackcaps arrived recently)
Other Knights were gathering all around
to prepare their battles with coloured beauty (pageant),
with lots of elevated cascading chase,
included Clan Peacock, Smalltort, and,
old battle torn Comma as well.
(Peacock (3), Small Tortoiseshell (3) and Comma (3)
Within old Pickles, his floor will soon Bluebell,
along with Anemone and Woodruff, but today
belonged to Paris with such "Herb" around...
Her compatriate of Moschatel sits close as well...
(Herb Paris)
In other conquering fields nearby,
were Primrose shone her best,
And just occasional Bluebell,
and Stitchwort came with the rest.
Ramsons (soon), Cinquefoil (rosette),
Dark Red Helleborine Orchid (Rosette)
and more dear Sir.........
________________________________________________________________
7th April 2020
House Martins are back on territory at Dalton Hall
____________________________________________