Recent mornings saw overcast skies, cold winds and very little sunshine. Such mornings are not ideal for a visit to the Pennine hills with a camera itching to click. I pencilled in Wednesday for an early start and then watched as the forecasts did their best to thwart the plan.
There was a thirty minute drive before the first stone walls above Garstang where waders, wagtails and pipits wait for townies to slow, or stop and stare. they quickly drive on, not knowing the names of common British birds while clueless as to the dramas that unfold behind them.
In April and throughout May begins a potent mix of territorial song and single-minded ownership of a stretch of wall, fence, hedgerow and a patch of ground.  By late May and into June begins the frantic warnings to vulnerable young and the loud scolding of intruders - man, beast or bird. 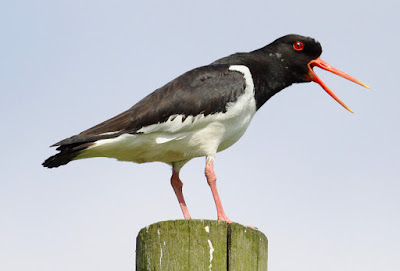 Oystercatcher
It would be interesting to see how birds react to a car and wound down window following eight weeks when Joe Public was locked out from their heritage. While the shutdown continued gamekeepers were given a free pass for the “essential work” of supplying Red Grouse for the shooting season of 12th August.

During this time the RSPB were flooded with reports of birds of prey being killed in the uplands - a pure coincidence perhaps?  The Guardian. 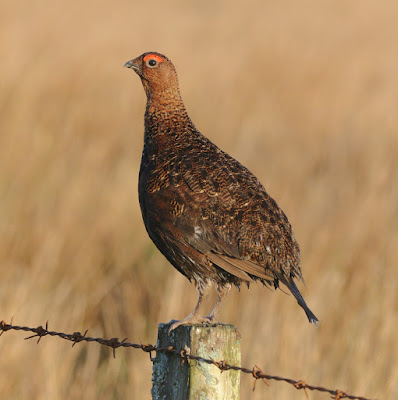 Red Grouse
For those who wish to continue reading, I will post the same link at the bottom of this page together with a link to Raptor Rescue with the question - "Why has grouse shooting not been banned for this year?"
But now back to the job in hand and a favourite stretch of road where the farmer had been busy catching moles. 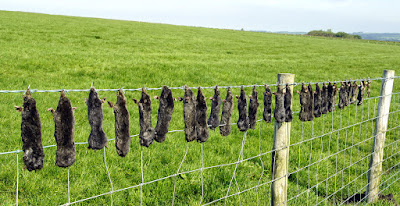 Moles
I saw upland waders in their regular spots - Lapwing, Redshank, Curlew, Snipe and Oystercatcher but probably less Oystercatchers and Lapwings than in recent years. 2020 has been an exceptionally dry spring, one that has not been beneficial to birds that probe wet areas for food. On the other hand there seemed good numbers of Snipe this morning, and decent counts of both Curlew and Redshank, three species that favour soft ground.  And, I was surprised to see one or two roadside puddles perhaps as a result of a drop or two of heavier rain on Tuesday. 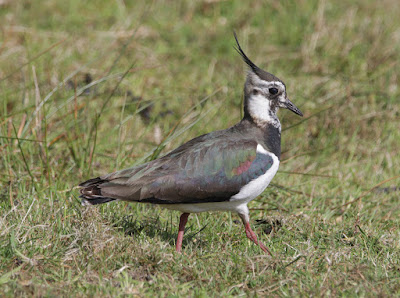 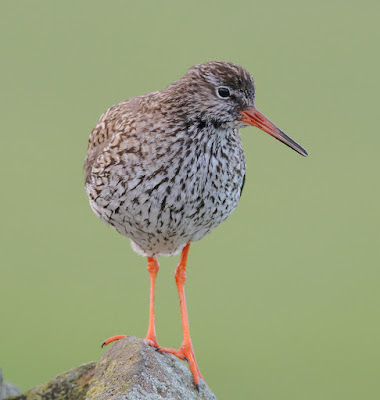 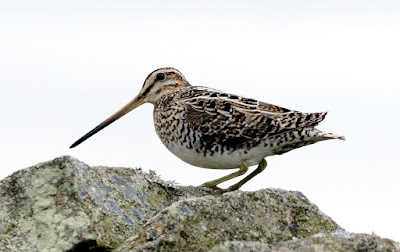 Snipe
There was a Redshank that survived a winter or two despite the handicap of sheep wool entwined around each ankle. 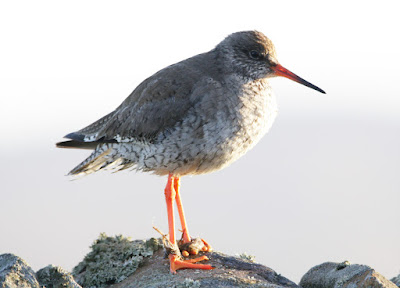 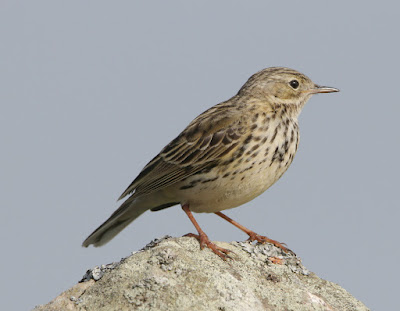 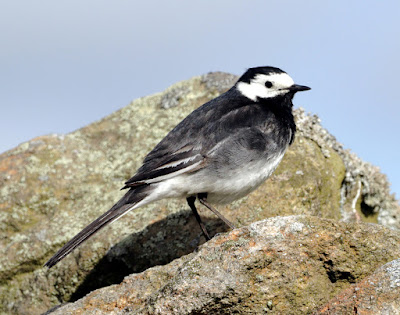 Pied Wagtail
I saw plenty of Meadow Pipits, not too many Pied Wagtails, but 20 or more Grey Wagtails along the various watercourses up here. Both Meadow Pipits and Pied Wagtails have yet to show many youngsters, but the early breeding Grey wags have had a good year. This was a dry spring and zero disturbance from the annual day trippers who like to splash sticks and stones into the many streams. 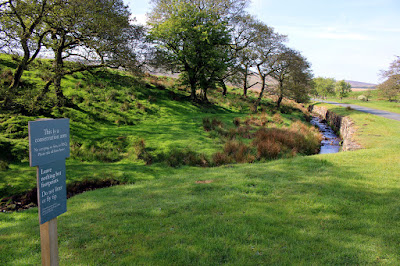 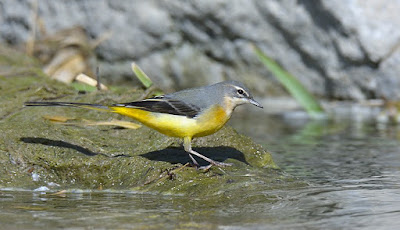 Grey Wagtail
The streams held a couple of pairs of Common Sandpiper, a single Grey Heron and a small colony of 30 or more Sand Martins in the low riverbank banks of Cam Brow. Unfortunately this is another spot favoured by the sticks and stones brigade of picnicking tourists, now with no work but beginning to return to Bowland on sunny days.
It’s difficult not to hear Cuckoos but virtually impossible to see them up here in Bowland. I guess I heard six male Cuckoos this morning, one or two fairly close, but saw not a one. Maybe this is a sign that the fortunes of the Common Cuckoo are on the up?
At Marshaw the House Martin colony at Tower Lodge was frantic with birds rushing in and out of the eaves and eager to make up for lost time of their late arrival. Hard to say how many with the eaves in near darkness but six or eight nests looked likely.
Other birds seen but not photographed today included 6 Blackcap, 2 Redstart, 3 Spotted Flycatcher, 3 Pied Flycatcher, 2 Lesser Redpoll,  8/10 Willow Warbler, 4 Mistle Thrush and piles of Blackbirds.  Those links below.
RSPB flooded with reports of birds of prey being killed.
Raptor Politics.
More soon. Stay Tuned.