Strong westerly winds increasing towards gale force during day. Some showers, some hail and some sunshine.

Middleton Nature Reserve - late morning
Mute Swan - the nesting pair on the main pond are now displaying their 5 chicks. There are still 18 other mute on the pond too. The pair on the "no swimming" pond have lost one of their chicks, just 3 remaining. There was a pair nesting on the Fence pond, but they have not been seen since the growing reeds obscured the nest site. Their status remains unknown. 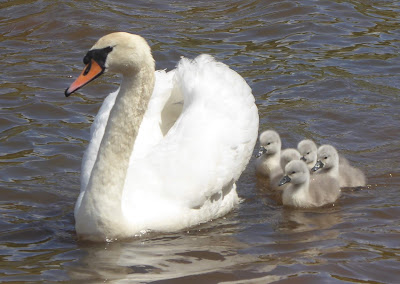 The main pond mute with her chicks. 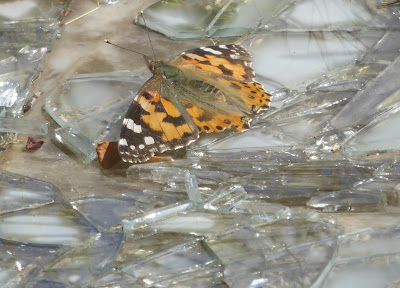 It hasn't settled on some unseasonal ice, just broken glass in a less than pristine corner of the Reserve.
Orchids - an amateur's assessment (MD)
There are now at least three species in bloom -
Bee Orchid - see Kevin's picture on 31st May post
Spotted Orchid 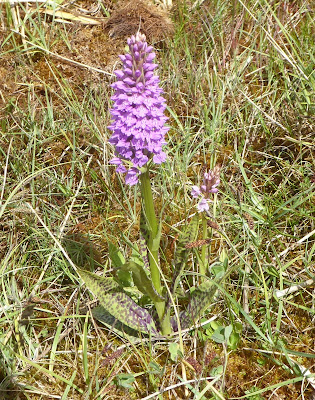 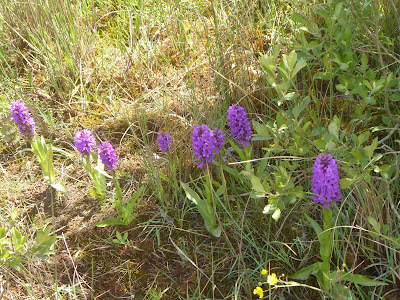 There are some nice stands around - Marsh orchids leaves are generally not spotted.
There are at least two species of Marsh Orchid on the reserve, plus almost certainly hybrids. 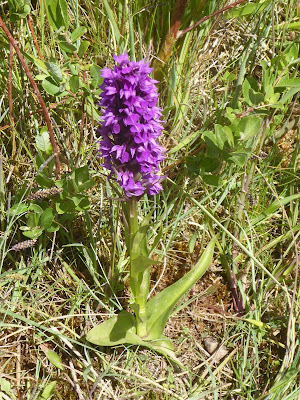 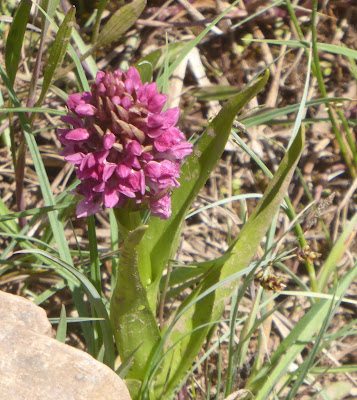 This looks more like a Northern Marsh Orchid.
The natural colour variation within the species overlap the other species, even without hybridisation. The only way, if you are not an expert, is a good reference book, a magnifying glass and more patience than I posess. Still there must be worse ways to spend a couple of hours. 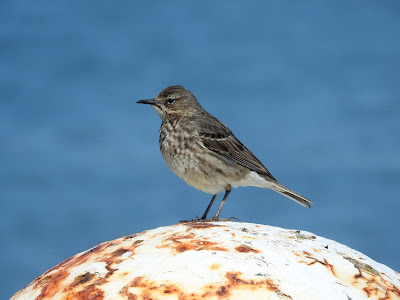 This picture by Kevin is actually from Tuesday
And, at least two, possibly three more new fluffy balls 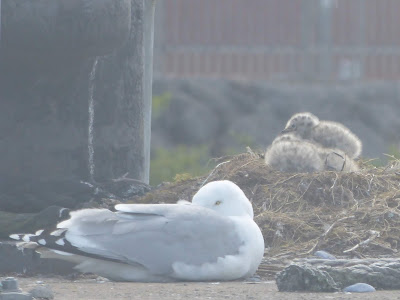 This is the Herring gull that was suffering in the heat on Sunday (see post 31st May). She's having a rest now, but kept half an eye on me!