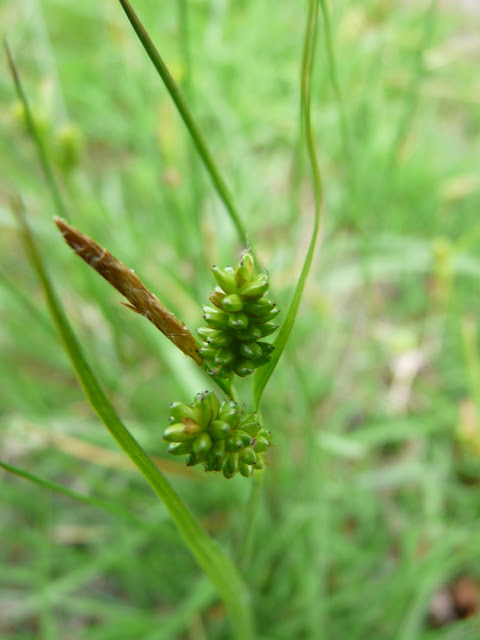 A beautiful sedge on my walk today

Today I decided to check out some of the Hutton Roof Orchids, and on my way up had 3 separate Whitethroats singing away, it was lovely and made you want to stop and listen to them properly.  They were all at the usual areas were I find them in most years, but not the hedgerows today they were in the more mixed decideous woodland.  They were well spaced at maybe 100 yards or so between them (eg proper social distancing), I'll bet if the truth be known they were all originally from the same population. One thing I have always noticed about this species is that they are always so late in singing! or at least they were today, it's as though they start whilst the others are quietening down..

I also heard a Chiffchaff again from one of the regular places. I think they have had a great year. I noticed the other day whilst walking the Canal from Tarn Lane to Tewitfields I counted no less that one dozen singing Chiffs, that alone tells you they must be doing OK this year.

Back to Hutton Roof and had a couple of Willow Warblers still in full melodious full song with it's beautiful diminishing call, I also had butterflies including the Speckled Wood which seem to always be present when heading through the shady areas of the woodland, and seen regular taunting one another with cascading frolics which have that perfect co-ordination and distance going around and around whilst dropping from high to lower altitude. They usually settle quite close and if you are really steady you may even get photographs.
I also had a Common Blue, a Small Pearl Bordered Fritillary and I can't be sure but thought I had the glimpse of the larger Dark Green Fritillary which flitted past. 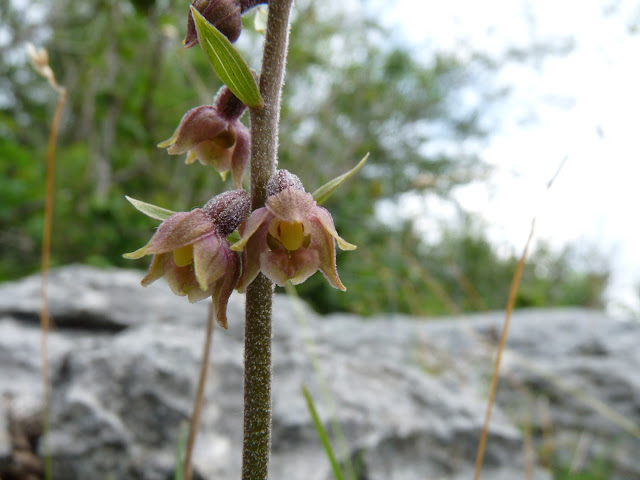 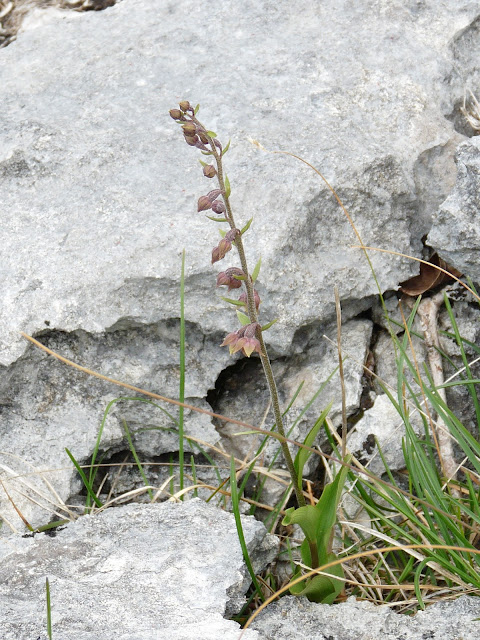 These photos show Specimen 40b a Dark Red Helleborine var: bicolor
Photo: Hutton Roof on 15th June 2020
On the pavements I started to check out the progress of the Dark Red Helleborines and although the majority were another week to ten days away from flowering, I did have one specific plant which I call specimen 40b which had 3 of it's flowers opened.  The same plant is always a week earlier than the rest EVERY YEAR!

Noticing the rare Mountain Melick grasses in little pockets here and there, but looking like they were well past their best. Also a beautiful Sedge (see photo) 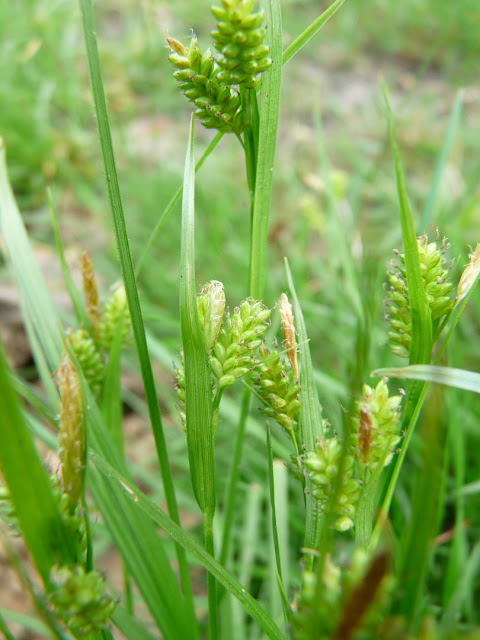 A small patch of this sedge, not sure what it is...
The carcass was stripped bare!  let me start from the beginning. 9th June, just turning the clock back for just less than one week, I was leaving the orchid grounds and going back downhill on my way home, when all of a sudden, I saw something which stood out at about 50 yards away, it was a reasonably fresh, maybe one day old carcass of a female Roe deer lying there with one side of its rump showing part of the ribs with the flesh stripped to the bone.  Whilst at the same time a lovely young Red Fox stared up at me with a look to say you have disturbed my dinner! and within that split second ran off as fast as it could. 6 days on (today 15th June) the carcass had been dragged some further 20 yards and almost every bit of flesh had been cleaned from the bone and only a skeleton was left together with a multitude of large flies which were present to clean off any scraps from the remaining carcass.