I couldn’t make it on Thursday so Andy sent me a picture of three young Kestrels he ringed. It’s deserving of a funny caption. All entries to Comments section please. The winner will receive a copy of the photograph. 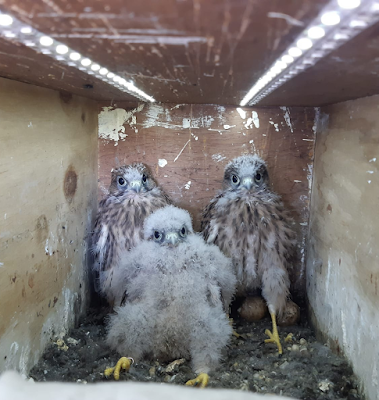 Kestrels
Friday morning, and prior to meeting Andy I had an hour spare for a look at Conder Pool.
Late June and singles of both Greenshank and Common Sandpiper are back. There was an increase of Redshanks too with a count of 30+, with maybe a slight increase in Oystercatchers and Curlew in the creeks where 2 Avocet fed. On the water, 4 Shelduck, 6 Tufted Duck and 3 Canada Goose - of the latter, two adults and one gosling. The Canada Geese would seem to be the single wildfowl success this year with the winning waders a single pair of Oystercatchers; but even they reduced now to a single chick. 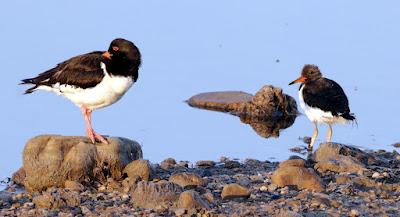 Oystercatchers
There may be an inquest into what has gone wrong with the breeding birds of Conder Pool in 2020. Animal predators like Mink and Fox, overgrazing of both cows and sheep, or human interference appear to be the favourites. My own observations suggest a mix of all three.
While 2020 has been a disastrous year there remains too much focus and emphasis on the two recent colonising species, but there is memory failure, inexperience, and a lack of awareness of those species lost as breeding pairs in recent years.
As might be expected nowadays, star billing is given to the ‘celebrity’ species of Common Tern and Avocet. Meanwhile the less glamorous but equally important ones like Lapwing, Little Ringed Plover, Little Grebe, Tufted Duck, Shelduck, and Redshank are shoved down the memory hole.
With the right habit suitably managed and protected from interference by man and/or predators, those lost species will surely return to breed at Conder Pool with the terns and avocets?
There might be a few hours before rain would arrive where Andy and I might catch a few warblers and to update our farmer pal on his breeding birds. We ringed 3 Reed Warbler and 2 Sedge Warbler before ever darkening clouds rolled in from the west. 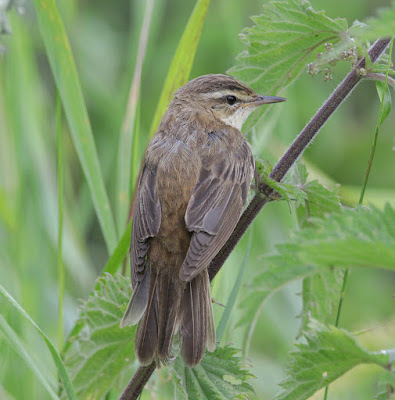 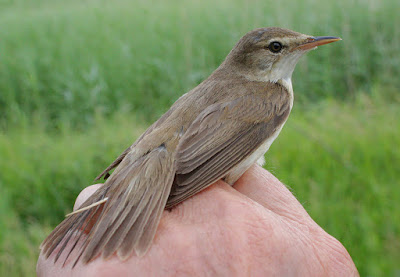