One doesn’t need to spend much time on the reserve at the moment to be made fully aware that we are in the midst of the breeding season. It seems that there are young birds everywhere! As visitors make their way around the pathways they can’t help but be met with the sights and sounds of recently fledged warblers, finches and tits. On the pools, gangs of coot with their almost fully-grown youngsters dot the water's surface while pontoons of duck dabble in growing numbers.

Make sure you check the adult great-crested grebes for young humbug chicks tucked tight into their backs and while on the Causeway make a point of spending some time watching the rapidly growing great black-backed gull youngsters out on the island. These monster-chicks are already dwarfing the nearby loafing cormorants! 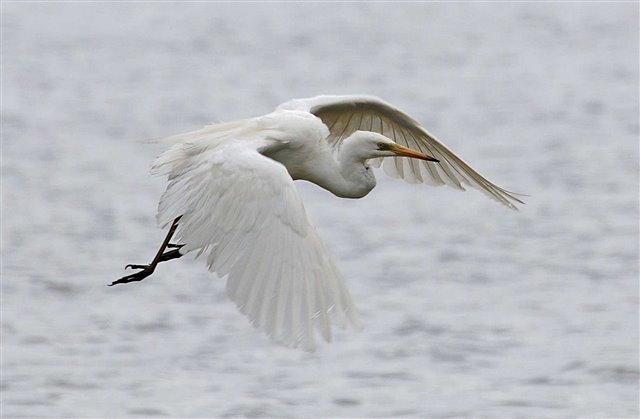 One intriguing sighting relates to a bird that may well have nested in the area for the first time. Prior to the reserve’s temporary closure back in late March, a couple of adult great white egrets were developing their striking breeding plumage. At least one bird was seen regularly at Barrow Scout throughout the spring but with no staff on the reserve we really had no idea whether any more egrets were still present.

We have been hoping for signs of nesting activity on the reserve for the past couple of years but unfortunately, no monitoring was carried out this spring due to the lockdown. With a small but growing breeding population now established in the UK (including birds nesting at our RSPB Burton Mere Wetlands reserve in Cheshire), we expect that they will mirror the success of their now widespread and familiar cousin, the little egret.

At least one adult bird was still present when we re-opened in late May and then last week, out of the blue, a further three great white egrets appeared – including one juvenile bird! Given how early this is for a young bird to have wandered far and the fact that it was with, and actively following, adult birds suggests that it may well have been raised locally. How locally, we can only begin to guess at this stage.

Did a pair of egrets nest in amongst one of the heronries within a few miles of the reserve or did they actually breed in our reedbeds, undetected? I suppose we may never know but it does at least seem highly probable that this elegant and striking species has bred for the first time in either Lancashire or Cumbria!

Let’s see what happens next year…