What a week it’s been! 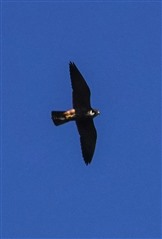 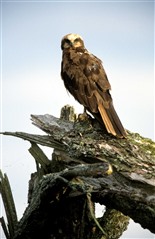 We opened up Lilian’s and Causeway hides in time for last weekend and we saw plenty of returning faces, plus lots of new ones, enjoying the many delights of Leighton Moss. The feedback has been terrific so far and we're really pleased to see that everyone is respecting the social distancing guidelines and being highly considerate to others - of course we'd expect nothing less from our wonderful Leighton Moss visitors!

The weather has been changeable over the last few days to say the least; we’ve had everything from glorious sunshine to persistent rain but none of it has deterred visitors from exploring the reserve. With more mixed conditions in the forecast it’s best to be prepared for all eventualities!

The newly fledged marsh harriers (pic by David Mower) have continued to entertain. They are best looked for from the Skytower, Lilian’s Hide or the pathway leading to the boardwalk and the boardwalk itself. Ospreys have been sighted most days and as the youngsters from nearby Cumbrian nests start to explore a little we will doubtless see more of these impressive raptors coming to fish at the pools. On sunny days we have seen returning hobbies (pic by Jarrod Sneyd) hawking for dragonflies over the reedbeds and meres – these dashing falcons are fantastic to watch as they target their insect prey in mid-flight. We're getting occasional reports of bitterns in flight and bearded tits, while typically elusive, are being heard and seen along the Causeway from time to time.

As we would expect at this time of year, we’re seeing more wildfowl arriving on site. Mallard, gadwall, shoveler and teal are starting to join the resident ducks as they prepare to go into their post-breeding moult. This is known as eclipse plumage, when the birds go through a period of pretty much all looking alike before they grow their immaculate new feathers in time for autumn. Late summer duck identification can be quite a challenge but it’s good fun!

Here on the reserve the wardening team have been busy catching up with lots of maintenance jobs around the site. We’ve got some pretty exciting projects in the pipeline and we're hoping to be able to share these soon – watch this space!