Wednesday morning was too windy for ringing so I grabbed the camera bag and set off birding.
Conder Green provided a good selection of species and some very good counts, much better than my last visits. I guess the “star” bird of the morning was a single Wood Sandpiper, a species best described as “uncommon” in these parts. In most years I would see them in their teens on the annual visit to Menorca in May, but not this, 2020 The Year of the Virus.
The Wood Sandpiper breeds in subarctic wetlands from the Scottish Highlands across Europe and then east across the Palearctic. They mostly nest on the ground but also use an abandoned old tree nest of another bird, such as the Fieldfare. The one this morning didn’t come terribly close as can be gleaned from the record shot below.
On a couple of occasions it fed with both Redshank and Common Sandpiper when the comparative sizes of each became more marked. In fact, the common Redshank (Tringa totanus) is the closest relative of the Wood Sandpiper (Tringa glareola). 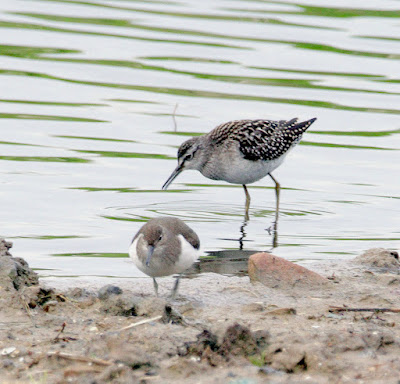 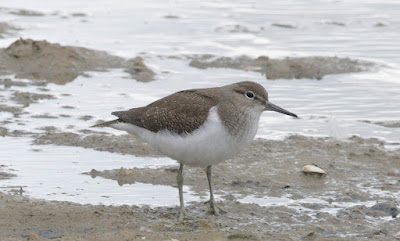 Common Sandpiper
Other waders this morning - 21 Redshank, 7 Dunlin, 6 Greenshank, 5 Common Sandpiper, 3 Curlew and 4 Avocet – two adults and two half- grown chicks. Not to mention the 200+ Lapwings roosting when I arrived on site but which dispersed out to the estuary in bundles of tens and twenties. 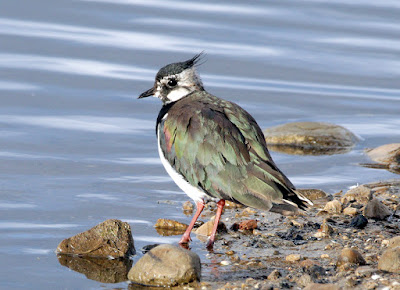 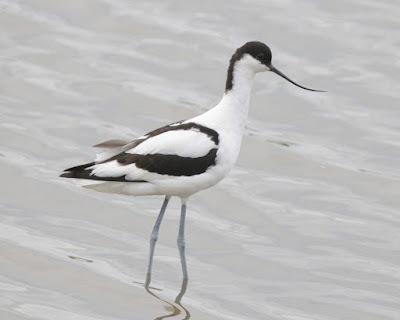 Avocet
Many birds were drawn into the early morning’s hatch of flying insects, such a swarm of both insects and birds that it proved hard to estimate numbers. Let’s try 65 Pied Wagtail, 60+ Swallows, 40 Sand Martin, 8 House Martin and 10 Swift. The wagtails brought along a single Meadow Pipit that joined in a feeding frenzy that had all but subsided just an hour later.
What’s that about the early bird? The Robin joined in too. 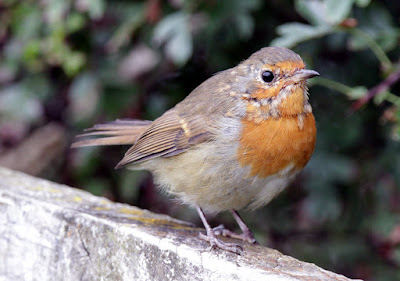 Robin
For students of moult, here’s a picture of a Starling from which to sort out the new feathers from the old ones. 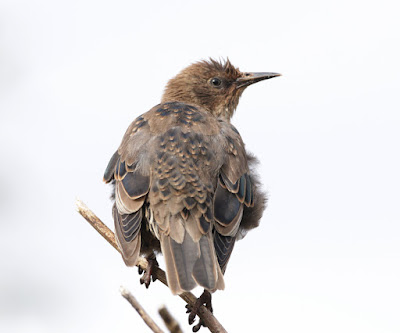 Starling
Wildfowl and Odds & Sods – 4 Common Tern, 2 Little Egret,4 Little Grebe, 6 Tufted Duck, 2 Stock Dove.
I just looked at the forecast for tomorrow morning’s pencilled in ringing. Would you believe it? Yes, more rain is likely between 0700 and 1000.