Come Friday, it will be 17 years since I found a nice little job on the Lune Estuary on 14 August 2003. It was a bike and bino's day - well there's a novelty - my car being out on hire. I decided to take the ex railway track, now the coastal path from Lancaster - Glasson Dock.

It had got to around 4.00pm when I arrived at the old iron bridge over the River Conder. No sooner had I come to a halt on the bike, when I glimpsed a distant bird over the River Lune at the edge of the salt marsh. Apart from being hampered with views directly into the sun, the bird was already appearing to be intent in doing a disappearing act, it was flying downstream and out of sight. By now the best it got was that I had seen a black Marsh Tern, but things were about to get much worse.

The down side, was that I had to return to Lancaster to keep an appointment, the up side was, after the appointment I could then collect the motor and arm myself with some optics and get myself back to the Lune Estuary and hopefully relocate the bird seen two hours earlier. 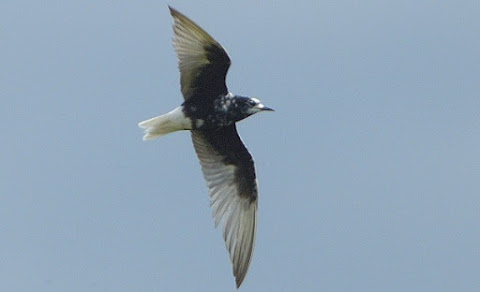 It was my lucky day, the light was more favourable and the bird was soon found much closer now and hawking for insects over the marsh. I had found two desperate hours ago, a moulting adult White-winged Black Tern.

The bird stayed in the area for 10 days, visiting Conder Pool, where it was seen bathing one day. 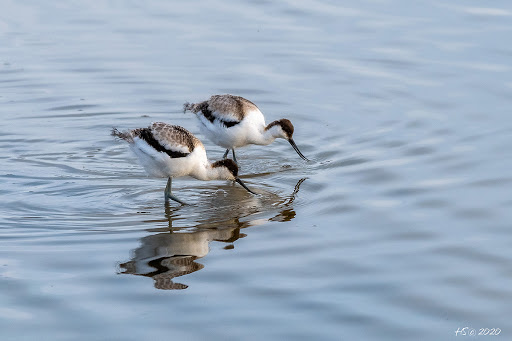 It was good news when I heard via Howard Stockdale, the two Avocet had fledged at 36 days and were freely flying around, seen as the second successive breeding at Conder Pool. Thanks for the news and image Howard, much appreciated.