Sue and I missed our Greek holiday in Spring 2020. It was to be our first time to Skiathos in May. During the long months of 2020 we followed world events on a sickening roller-coaster ride hoping that the situation would improve enough here in England and in Europe for our Greek friends to allow a return to Skiathos in September.
We booked the holiday in September 2019, the year of the Thomas Cook debacle that left many islanders out of pocket and saw us flying home via a series of rescue flights that cost the British taxpayer £150 million. 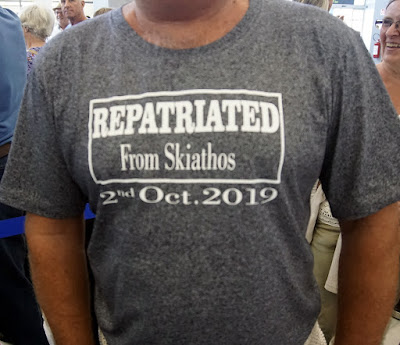 October 2019
These were double blows for the large number of Skiathans dependent on tourism for a living, either directly or indirectly. Hotels and apartments together with the folk who work for and supply them, taxi and bus drivers, shops, cafes, restaurants, Skiathos airport, boat & ferry operators, fishermen, and not forgetting the Skiathos Dog Shelter.
In 2020 Skiathos stayed safe by doing the right things, limiting entry to the island to those with residential status while keeping a tight rein on those without residence until tourists could return. Recently Skiathos was not included in the seven Greek Islands, Lesvos, Tinos, Serifos, Mykonos, Crete, Santorini and Zakynthos, that recently received the news they would be added to a British quarantine list.
But now, we are fresh from Skiathos airport following an interesting landing. Thunderstorms on the Greek mainland with Skiathos in the firing line left the plane wobbling on the approach to the runway. The  pilot went around again for a second attempt and all was well.
Magda from Mustang Cars met us with a hard top Jimny, and now we’re back for a couple of weeks at our adopted second home, Family Mathinos. Or as some call this piece of heaven, Hotel Ostria, Agia Paraskevi, Skiathos 37002. 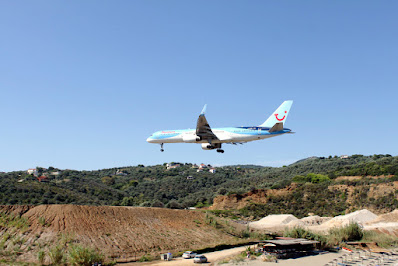 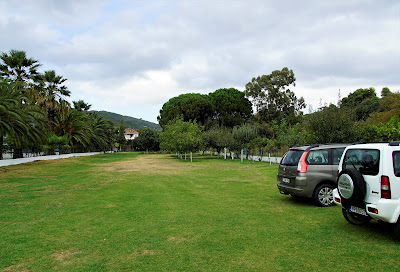 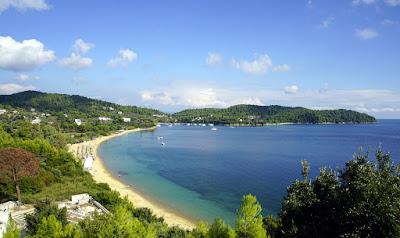 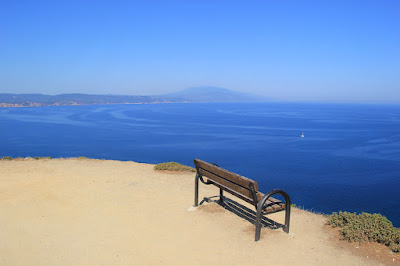 Skiathos
Here at The Ostria and everywhere we go on the island we experience the epitome of Xenia - 'guest-friendship', the ancient Greek sacred rule of hospitality, the generosity and courtesy shown to those who are far from home. In return, we as guests are expected to be courteous to our hosts and not become a threat or a burden. Such conviviality usually involves sharing a glass or two of Ouzo or Metaxa. 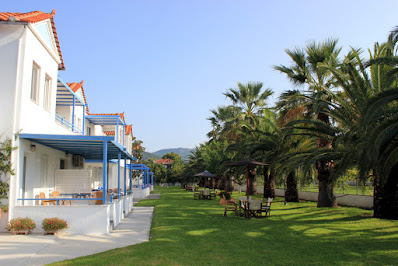 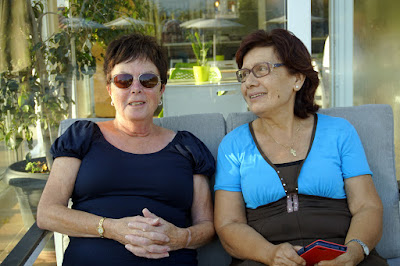 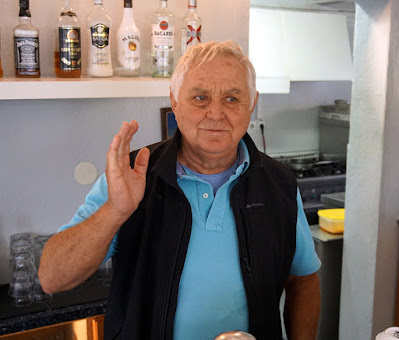 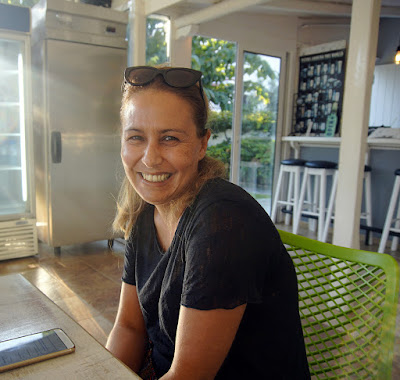 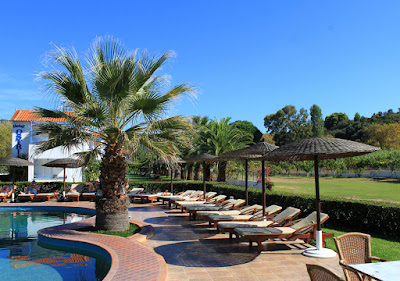 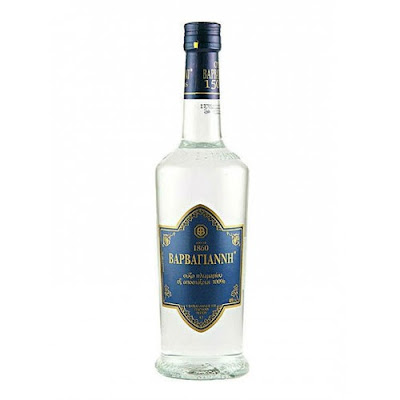 Ouzo
This might be a holiday but there is birding to be found, even in late September when most migrant birds from Northern Europe have left for Africa. There’s only so much shopping a man can do.
One of our favourite routes takes us along the main road towards Troulos where we take a smooth right and drive towards the Stray Dog Shelter. The dog shelter allows residents and tourists alike to take a dog for a walk and if they are so inclined, donate money or even take their new friendly dog back to their own country.
Not for us, even Sue would “Rather be birding” as long as there's a coffee stop. Half-a-mile from Troulos we fork left and then head north through rural Greece along the road to Aselinos beach. Behind the beach is superb bird habitat. If there’s been a thunderstorm there are puddles for Wheatears, Whinchats, Yellow Wagtails & warblers and where track-side posts provide perfect perches for flycatchers, pipits, and shrikes. 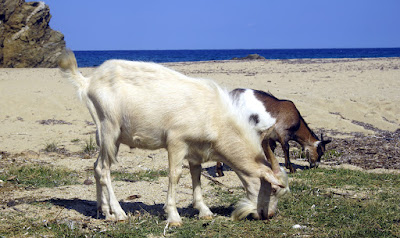 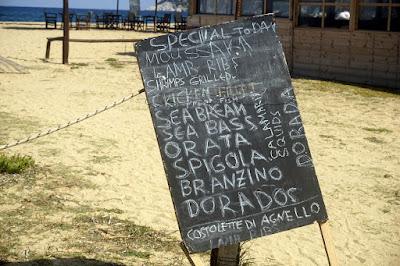 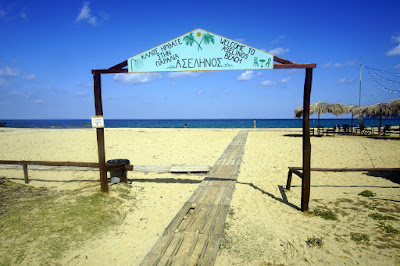 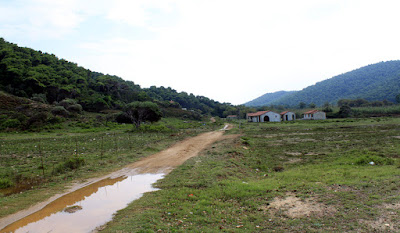 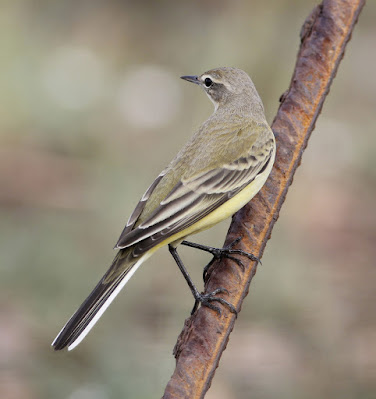 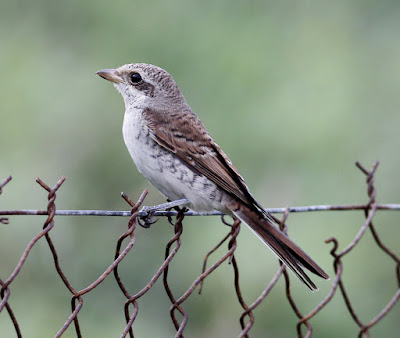 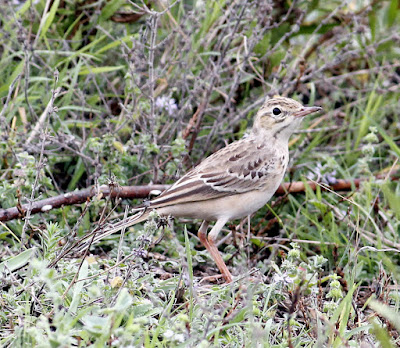 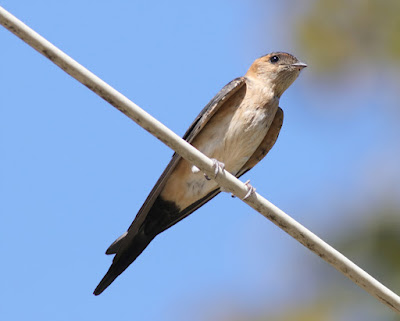 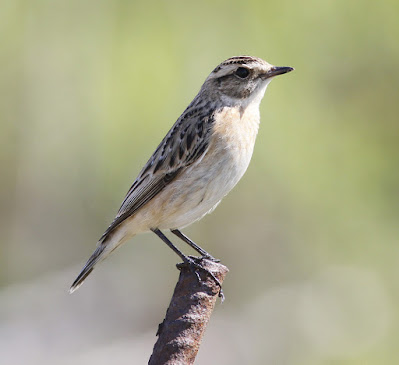 Whinchat
We take a couple of chairs and sit on the beach away from the hordes but there aren’t too many people in this year of minimal tourists. September is winding down time for Skiathos where by October the crowds have gone and the island is left in peace and quiet - more so in 2020.  The scenery is dramatic here in the north of the island, rain or shine, with views over to the Greek mainland and the direction from which most of the autumn weather arrives. 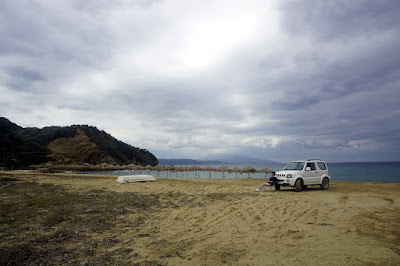 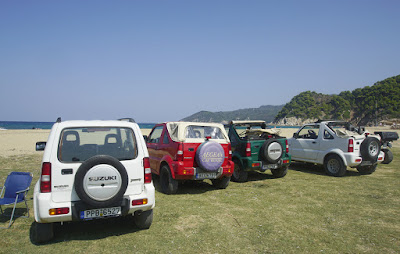 Aselinos - Skiathos
We rather hope that our already depleted pile of Euros has contributed to the island’s economy in these troubled times. 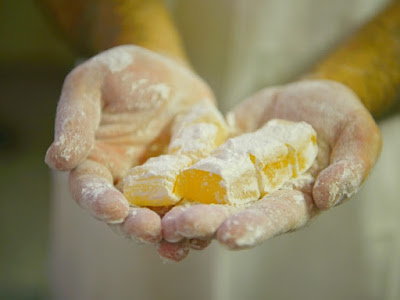 Loukoumi - Greek Delight
Below are links to the two small friendly hotels owned by Family Mathinos, The Ostria in Agia Paraskevi and a mile away, the recently acquired and now refurbished Almira in Troulos.
Sunday was the last day of the season at the Almira and Anna invited us along to their party for staff and friends. Yours truly with George, Anna's husband. 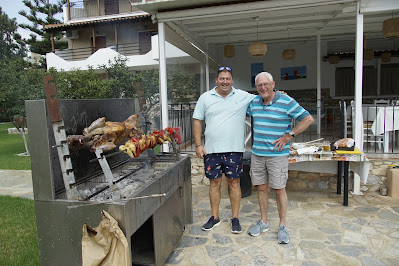 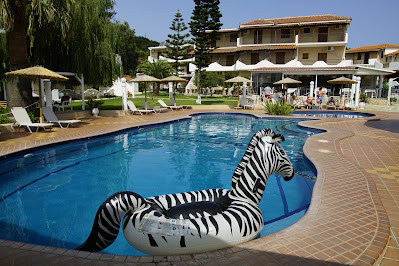 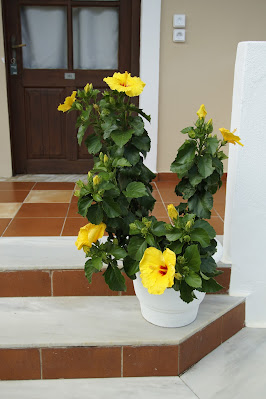 The Almira Hotel
For those who like a peaceful relaxing holiday in beautiful surroundings I suggest to book direct with Anna or Sophia below or via Facebook Messenger for each hotel.  For those who prefer a package tour Anna has told us that for 2021 The Almira is included in the programme of Jet2 Holidays.
https://www.hotelostria.gr/?action=homepage&language=en
https://www.skiathosalmira.gr
https://www.facebook.com/skiathosostriahotel
https://www.facebook.com/skiathosalmira
For the independent minded, there are direct flights to Skiathos from major UK airports or flights to Athens followed by a 40 minute shuttle aircraft to Skiathos airport.
I’m hoping to post a few more pictures while we are here.  Keep looking for a glimpse of Skiathos.