After the latest visit to Gulf Lane Pilling/Cockerham today I carried out a quick audit of results to date.
The DemOn program produced a table in seconds detailing the species and numbers caught at this single wintering plot since January 2016. The program itemised the number of “new”, N birds and the number of subsequent, “S” birds. N is self explanatory as “New”, the very first capture of an individual which is then fitted with a numbered ring. “S” refers to a bird that is caught on a subsequent occasion, one previously ringed by ourselves and later recaptured, or a bird ring elsewhere by another ringer and recaptured by ourselves. 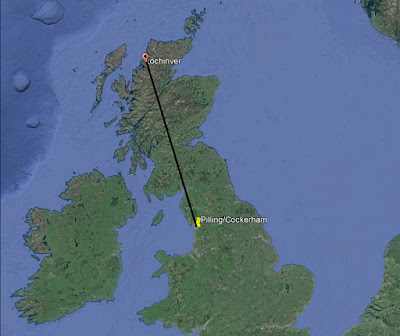 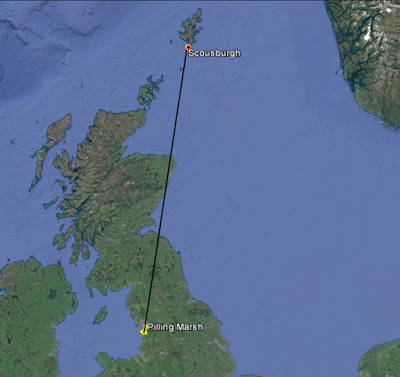 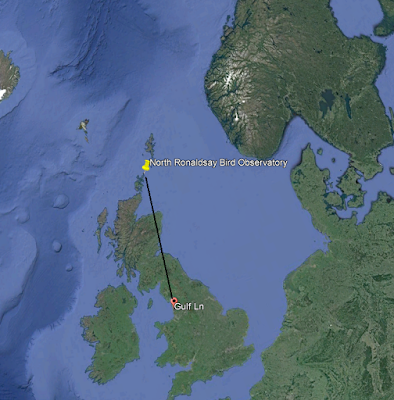 Linnet connections to Scotland
While it is interesting to attain “subsequent” records, our own birds, or better still a bird ringed elsewhere, the fact that we have so few as 11 “subsequent” Linnet records may surprise readers who follow our exploits. They will know that our winter ringing here is as regular and committed as the weather will allow and perhaps think that we catch the same birds many times over - we don't.
Even during the weeks where more than one day is doable, we rarely capture the same bird twice. Catching “one of our own” is quite a cause for celebration. These results tell us that our winter Linnets are highly mobile, probably on an hourly, daily and possibly weekly basis and that the numbers we count are mere snapshots in time. 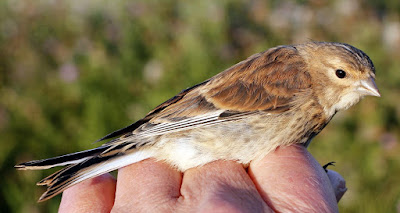 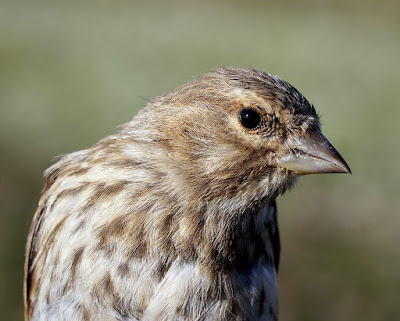 Linnet
Our latest effort this morning of 5 January proved unproductive with just 2 new Linnets, an adult male and an adult female. The male proved to be the biggest of the winter so far with a wing length of 86mm, a figure close to the expected maximum for a male, a measurement that points to Scottish origin. 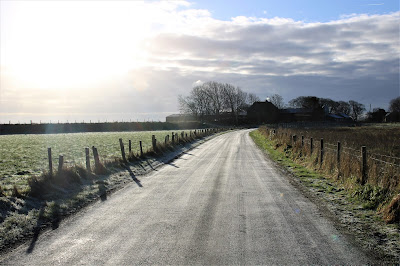 Gulf Lane - Pilling/Cockerham
This morning's flock maxed out at 30, most of which were reluctant to feed in the target zone: we thought that some must be recent captures that have learnt the ropes of when to visit and occasions to avoid the largesse.  Roaming Linnet flocks are social units containing a diverse, variable membership of individuals and numbers at any given time, units that are able to remember regular feeding spots and to use them according to their own requirements.
Other visitors today - 2 Reed Bunting, 1 Stonechat, 1 Song Thrush, 1 Robin, 1 Chaffinch, 1 Kestrel, 1 Sparrowhawk, 1 Barn Owl, 1 Little Egret.
Today was a slightly disappointing result on a visit that may prove to be the last for some weeks if the nation is to be placed under lockdown again.
We remain optimistic that during this latest lockdown small-scale bird ringing will continue to be seen as a necessary and essential activity. Bird ringing makes a vital contribution to society and to conservation while promoting mental and physical well-being to those taking part.