A package arrived from Princeton Press, a book for review via Another Bird Blog - a newly released component of the highly successful WILDGuides series. The book? - Flight Identification of European Passerines and Select Landbirds, an Illustrated and Photographic Guide authored by Tomasz Cofta.
Just the job for a locked down and now frozen in birder with time on their hands. 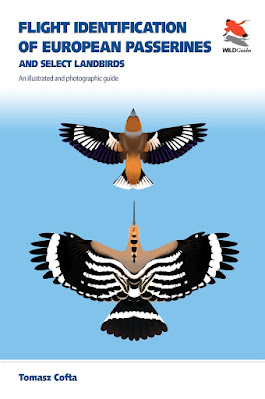 Flight Identification of European Passerines and Select Landbirds - Princeton Press
While the name Tomasz Cofta may be unfamiliar to many UK birders he is in fact one of the most experienced field ornithologists in Europe, having published more than a hundred papers on bird identification, featuring close to two thousand of his own artworks. In the past he has prepared thousands of meticulously detailed illustrations of birds and other wildlife, as featured in over sixty books, including The World's Rarest Birds, a book reviewed HERE on 11 April 2013.
By any standards this new WILDGuide is a hefty book containing an initially daunting 850 colour illustrations and more than 2400 photographs. It didn't take long to realise, and as the title hints, this is a book aimed at a precise audience of birding purists, students of migration, professional ornithologists and vis-miggers rather than casual and/or weekend birders.
To get the best from this book it is essential that readers study the Introductory pages from 7 through to 28 that itemise and explain the terminology used in the main body of the book. Pages 7 to 9 discuss size comparisons, while pages 10 to 13 tackle structure and shape, the latter including the sometimes overlooked profiles of birds in flight. 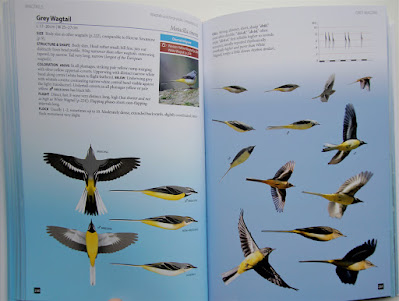 Flight Identification of European Passerines and Select Landbirds - Princeton Press
It would be a mistake if readers skipped these introductory pages, especially so for pages 10-13 which contain useful tips and reminders about body, wing, tail and changes in the shape of birds in flight. In the heat and drama of a rapid fly over or fly through with just one chance of an ID, how many times has a birder wished they had remembered to clock the X, Y or Z? I've been there too.
For anyone just learning to vis-mig pages 16 to 26 become indispensable by explaining the variability of species' flight types and flight patterns that change according to a species' behaviour or circumstances. E.g. the long distance migration flight of most thrush species is completely different to their typical short distance flight. 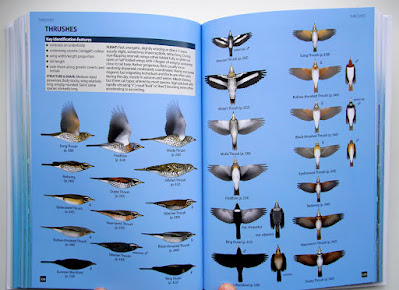 Flight Identification of European Passerines and Select Landbirds - Princeton Press
The well thought out pages relating to calls at 27 to 28 also explain how the species' accounts link via the supplied QR code to a recording of the species being discussed. Better still is the author's promise that links will be updated as additional recordings become available.
Each species account contains transliterations of flight calls, supported by sonograms of common and also less common species but where quite understandably, rarer species may be unavailable. For UK birders those rarer species might be seldom encountered during their birding lifetime so makes for some useful and day dreaming studies of species like White's Thrush or uncommon members of the Crossbill family.
The meat of the book, the 237+ species accounts between pages 42 to 484 display a consistent format using the same terminology throughout. The layout of each page is mostly very similar in the number of illustrations used, illustrations that are digitally enhanced, via photographs, drawings and probably hand so as to retain the desired conformity of images.
As the author explains, the remarkable number of species covered include a number of near passerines, “select landbirds” of the Title. The ecology of these species is similar to that of the passerines and they are often seen on migration at similar times of the day and/or year e.g. pigeons, doves and woodpeckers. 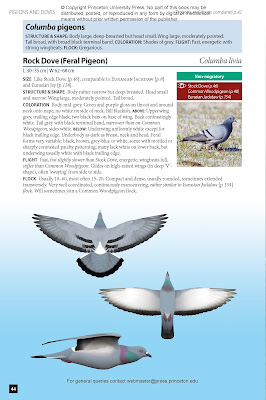 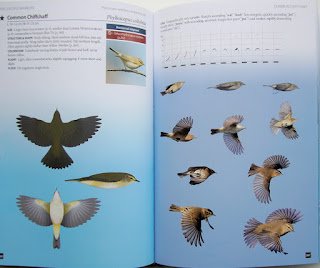 Flight Identification of European Passerines and Select Landbirds - Princeton Press
After a day and or more with Flight Identification of European Passerines I cannot disagree with the publisher's statement that this guide is the “first of its kind.” Whereas in the past bird field guides have included limited information, sketches/photos and guidance to identify a species through flight, this book takes the subject matter to a new and state-of-the-art level. This book will help observers to nail their ID within the single most difficult part of birding.
I struggle to think of a birder I know or know of who will not wish to buy this book. There is so much to enjoy within its pages, so much to learn and an awful lot to revisit for those who thrill at the sights and sounds of visible migration. Equally those bird watchers who seek to widen their knowledge and expertise will find more than enough to inspire them to head outdoors in these difficult times. As spring approaches the thought of a Pallid Swift overhead can excite any birder. 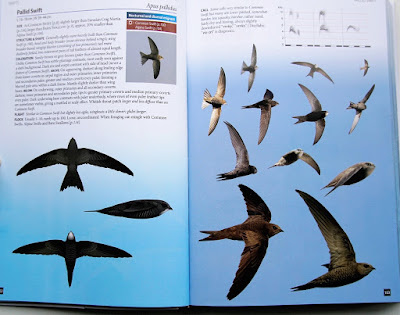