The first day of the meteorological spring was on Monday 1 March. Although there was a chill in the wind it certainly looked like it, and I was off to do a circuit of Cockersand.

As I drove along Moss Lane, there was a mini-murmuration of c.2,000 Starling in the air. Later a small group put on a bit of a display, screeching then falling silent as they moved around on the marsh below Crook Cottage....An underrated bird.
This field is badly flooded....
....but the field to the east of Abbey Farm held at least 1,500 Golden Plover, also to note in the field 2 Stock Dove.

As the tide reached its height, off Cockerham Sands Country Park, I saw 14 Snipe and 3 Rock Pipit put to flight off the marsh. A raft of 35 Eider was in the Cocker Channel, by coincidence the same count as seen off Plover Scar 4 February. A Song Thrush was in the horse paddock at Bank Houses, Skylark in flight song, and a Reed Bunting seen. There are at least 350 Whooper Swan still in the area, the bulk being distant and inaccessible. 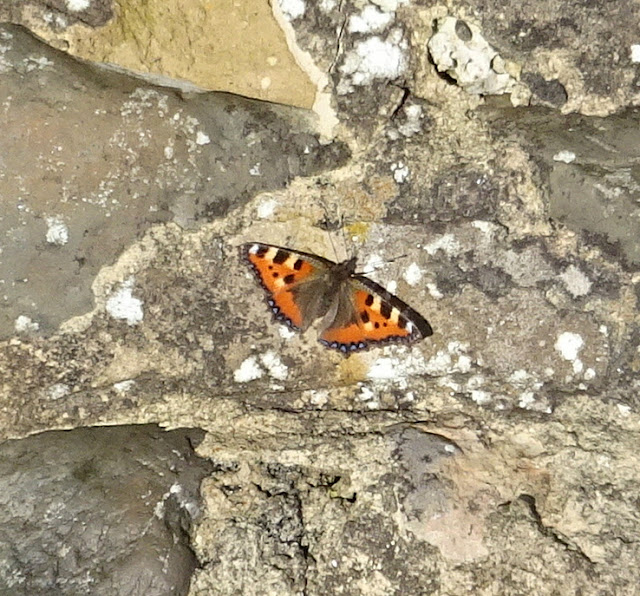 The Stonechat passage ended abruptly on 28 February, 10 days after the early start on 18 February. I collated the count of an amazing 182 Stonechats, mainly from FBC birders including AC who amassed a count of 80, with 36 seen by LDBWS.

At least 1,500 Golden Plover at Cockersand this week, represents a peak count of what has been the poorest winter for the species on the Lune Estuary. The most regular LDBWS birder to the Lune Estuary made the comment 'didn't see a single Golden Plover' on 29 November. Since that date I found just two records of 1,400. 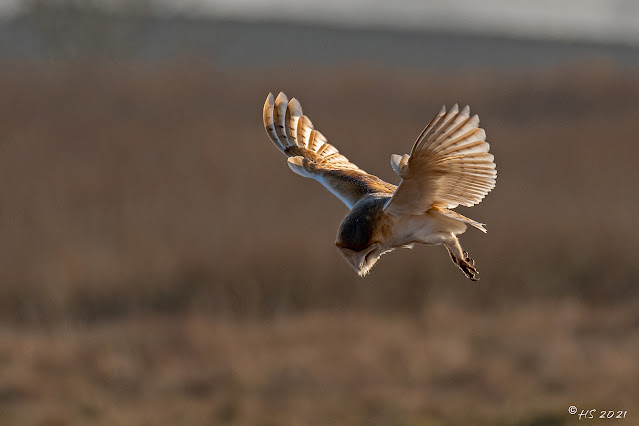 Thanks to Howard Stockdale for the Barn Owl seen Wednesday on Abbeystead Lane in Bowland, with a pair of Stonechat also seen here again. Also thanks to Howard for his excellent Heysham Rock Pipit header image. I was grateful to Peter Kitchen for alerting me to the Avocet back on Conder Pool Monday morning.

A Yankee Doodle Dandy was found on Banton's Lake, Wyreside Fisheries, apparently there since 3 March. 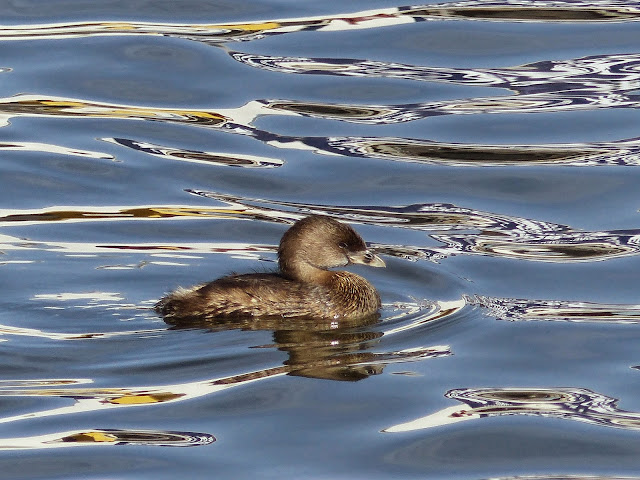 This is the third record of Pied-billed Grebe in Lancashire, the first was at the then named Dockacres Gravel Pits 1997, the second at Leighton Moss RSPB 2015.