I paid a visit to Bowland yesterday, after having been given the heads up on the relocation of the nest boxes brought down in storms and some land management.

There are no names mentioned in this post about the nest box scheme which is clearly not in the best interest of birds they are supposed to serve, and not likely to reap any rewards as far as increased breeding is concerned. 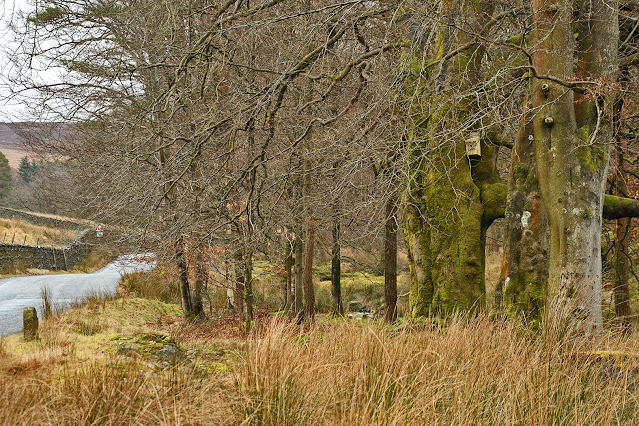 As in this photograph, some boxes have been erected too close to the road, and in close proximity of all the summer picnickers, many of who like to let the kids play in the Marshaw Wyre, causing disturbance to not only the nest box birds, but also the Grey Wagtails, Dippers, and Common Sandpipers that breed annually up and down the stream here. 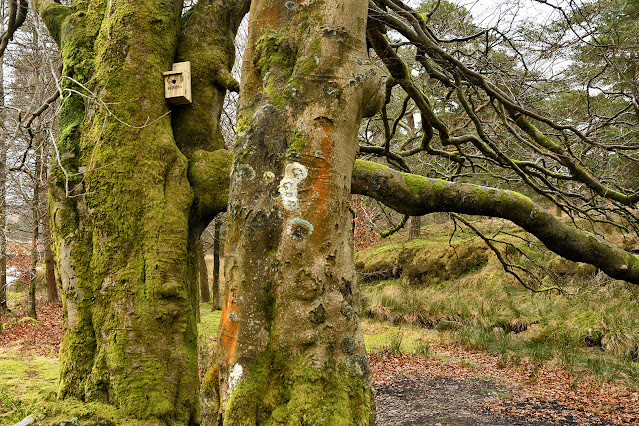 One nest box is accompanied by a rope swing that is in place on a branch, typical of the type of thing not in keeping with an area designated as an AONB. 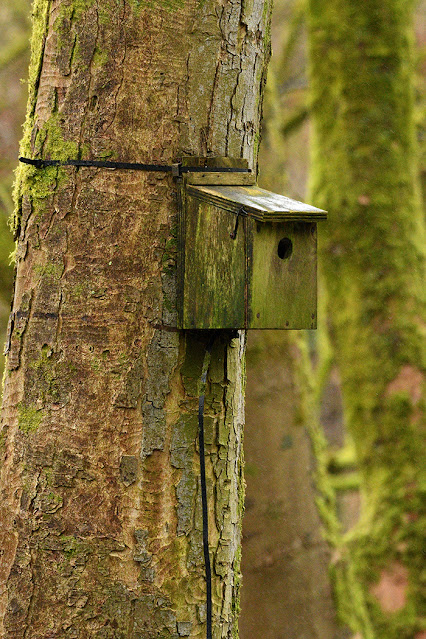 This box is only one of the two still remaining in the small woodland by the west side of Tower Lodge, the other hanging off it's hinges.
Nest Box Revival....I don't think so, more like Nest Box Disaster.