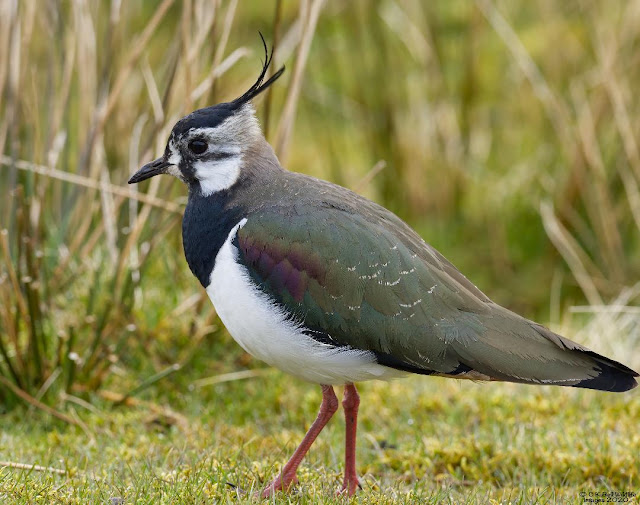 The Lapwing
Photo: Craig Bell
I have fancied doing a piece on The Lapwing for ages It was about the mid 50s that I became aware of that most beautiful of birds The Lapwing. I would go over to the local Haslingden moors where they used to nest on an annual basis. Their incredible fluty call was so so special, like no other sound offered within the text my bird book! They would sort of ziz-zag with their flight with incredible angles, and even more so when under distress, again like no other bird I could compare it with.
They laid four eggs which had a darkish creamy/dark green background with spots, blotches and sharp squigly dashes or lines which almost blended in with the shallow nest and background offered, and I remember they were so difficult to find. At one special location I could count up to about 30 pairs of birds, but over the years those numbers have depleted into a handful! And there may have been several reasons responsible for this fall in numbers, but I know for sure one of the reasons if not the main reason for the demise of these beauties was without doubt to the more recent presence of visiting corvids preying on the nesting birds, let me try and explain.
Many times especially during the 1960s I would watch the Lapwings on the moorland edges who were being constantly pestered throughout the day by local Carrion Crows. Within half a mile away from the breeding ground I remember recording a corvid roost (Fairy Glen, Haslingden Grane) which had several hundred birds within it, and during the daytime, what was thought to be non-breeding birds probably from this very roost would come and sit on the drystone walls and occasionally fly off and start annoying the nearby breeding Lapwings. The corvids had come to understand just how to be successful at raiding the Lapwings nest. They would somehow annoy the sitting bird so much that she would eventually leave the nest with much distress for her to try and attack the crow or crows and they would try and take her away from her nest, whilst at the same time another crow would then quickly go to the nest and rob one of the Lapwing’s eggs and carry it off and this behaviour over time led to the demise of the Lapwing.
The area I mention is called Haslingden Moor in East Lancashire (Moor Lane and near to the old Smallpox hospital). Crows were hardly ever recorded in this area until the late 50s when they seemed to gain ground, but sadly the success of one species can also be at the detriment to another. I am informed by a friend that there has more recently been some Lapwing uptake in these same areas, but only a very small prescence.
Other lovely memories of the local Lapwings and of special note was again down in East Lancashire. During the Autumn/Winter months during the 80s,90s.  I would spend time watching them come in as the evening approached, and after some time doing many murmuration twist and turns would eventually land and roost on the nearby factory roofs. Over years good roost were always recorded at Durie and Millers roof on Broadway, Haslingden, I think these birds had fed near to the Holden Wood Reservoir during the daytime, also I noted Lapwings on the Walker Steel roof in Blackburn, were during the day they fed on the fields edging the nearby Fishmoor Reservoir and as late afternoon approached would make their short distance of a few hundred yards to the Walker Steel roof. I also witnessed them even during the late morning on the roof of a more modern building at Burnley which housed amongst others Halfords. I am still of the opinion that in all the three examples they chose these special areas because they were warmish at night with the two factories operating 24 hours and possibly the unit roof was also warm. To my understanding this behaviour of Lapwings roosting on factory roofs is more of a “Northern thing” and generally recorded from either Lancashire or Manchester areas. Whether this is still the situation I really don’t know.
Since coming to live in the South Lakes, I do see them but usually only at the coast were they roost especially in the winter months at the short spits at Morecambe (opposite the Golf Club) and also I have seen lots of them gathered on the fields near to where they hold the Stock/Drag car racing on the Warton side of Carnforth. During February I usually see lots that look like they have left the coastline somewhere near Arnside and are making their way East and give you the impression they are making their way back to the uplands and getting themselves ready for breeding, strangely I do see this same behaviour even though there may well be frost on the ground, I wonder at times why do they move when there is still frost on the ground! Sometimes you can be led into false judgements thinking these birds maybe moving through cold winter movements. But usually within my local area I would see them moving to my West to Ireland if this was the case (and not East).
Just to finish I want to mention that I have always had much pleasure over the years in reading and re-reading a rare book in my possession called “The Lapwing in Britain” by Ken G. Spencer of Burnley. A really good detailed monograph written by the authority on the Lapwing. Hard as it maybe to get this long out of print book there are usually one or two shown for sale on Abe Books. Well worth it…… Also a very special thank you to my Rossendalian friend Craig Bell for kindly allowing me to use a couple of his fantastic photos. 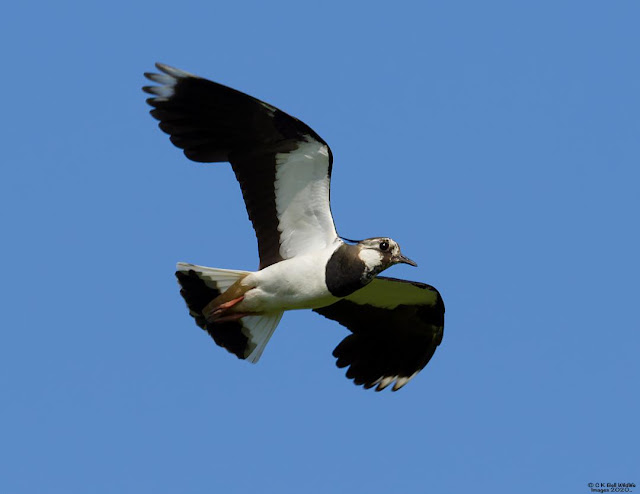