Been out and about checking this that and the other......

A frozen Early Purple Orchid (mascula) rosette, happy to make its presence known within the Northern Brown Argus area of the west side of the Lancelot Clark Storth (CWT). There are more in the vicinity if one had the time to scan. This one has a plain leaf, yet many others (in fact the majority) will have spotted leaves.  Why are the leaves both marked and unmarked within the same close areas? Although occasionally rosettes are found in December I usually get mine in the first few days of January.  Last year was relatively poor for this species, so I am hoping this year will be far better. 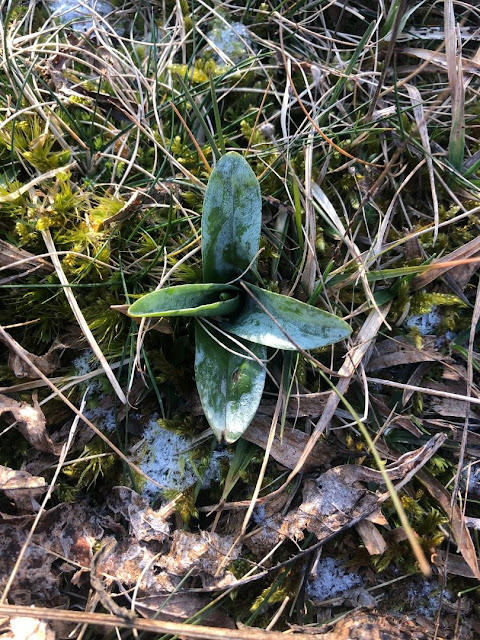 First Dogs Mercury award of the year for me and the only one showing at the moment, yet in a couple of weeks we will be swamped out with it, taking over the woodland floors. So common to this locality.  Closeby were lots of Bluebells with a growth to about 2" or 3", lots of Dog Violet rosettes strewn the sides of this bridleway. Also several Lords and Ladies to a 50% build. It wont be long before we are getting Wood Anemone and in this particular area of ancient woodland we can expect Sweet Woodruff. When they arrive It's the best population of Woodruff in miles around and well suited to its shady habitat. Large populations of Lesser Celandine are sat there waiting to burst their flowery heads, as soon as it warms up I think we will see rapid action. 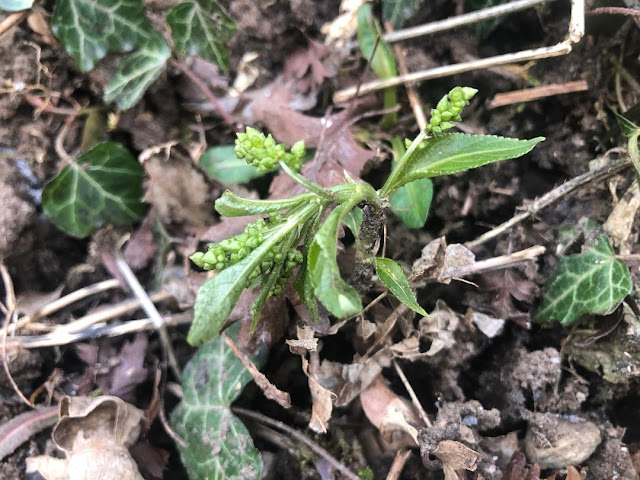 Even more Lapwings overhead this morning, again heading to the East, I guess there were about 150 in this single party seen heading over Farleton Fell, I am never sure whether these are hard weather movements or birds heading back to the uplands for breeding, but when its so cold and there is so much frost about, its difficult to determine. Noting their time of passage at approx 0815hrs I would have thought perhaps they had taken off from our nearby coastline were they may have roosted last night. Maybe they started their trip yesterday from Ireland.
More birdy indulgence this morning, having seen and heard a pair of Redpoll, and a Nuthatch which was not suffering through vertigo!! and descending the tree in typical downward Nuthatch fashion, soon leaving the tree and alighting on a nearby moss covered wall were it seemed to make itself busy for a minute or two, I dont know what it was looking for but certainly enjoying itself rooting amongst the moss or leaf litters on the top of that wall. Greater Spotted Woodpeckers were drumming from here, there and everywhere. I must have heard at least 8 sounding off from all points of the compass!  Another interesting fact this morning was the amount of local Blackbirds, they seemed to be on every part of the hedgerow of Slape Lane, I'll bet I counted over twenty, but strikingly 19 of them were the black males, and just the one foraging dark brown female, I guess the majority of the females were actually busy in their nest laying eggs.  It is a proven fact that Blackbirds are very early in the year breeders. Robins seemed more tame today along Slape Lane with more than one coming very very close and to within a metre or so. A noisy solitary goose continually calling heading South, sounded just like a Greylag or a typical farmyard goose, but it wasn't, it was a touch smaller and dark in the head. Also a calling Mistle Thrush left a bush, but no Redwings or Fieldfares today!
"So quiet today, too quiet at times
but the birds will sing with joy soon,
like yesterday....
just now silence is not golden!
Whilst overhead....
the roar and boom of a typhoon
Gone soon, bye bye" 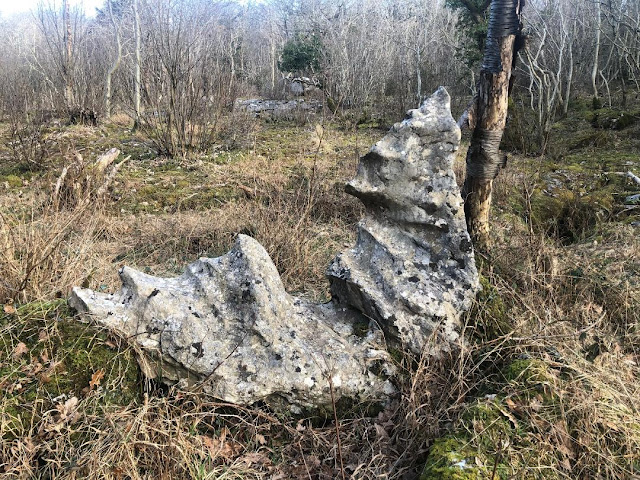 Known as Sir Lancelot, he stands proud just after you enter Lancelot Clark Storth (CWT) from the Slape Lane entrance. He is very prominent and he looks old, but also looks like he is still very sharp and will have fought hard in his time with his runnelled gains. I did not want to wake him from his slumber so I crept silently past him in "mute" mode.

"Mouth is mute
Rest of body is as mute as possible
Feet struggles but as mute as can be
With the lightest creeping tred
Now past without his notice,
Sneaky did it!
Carbon scores yet again" 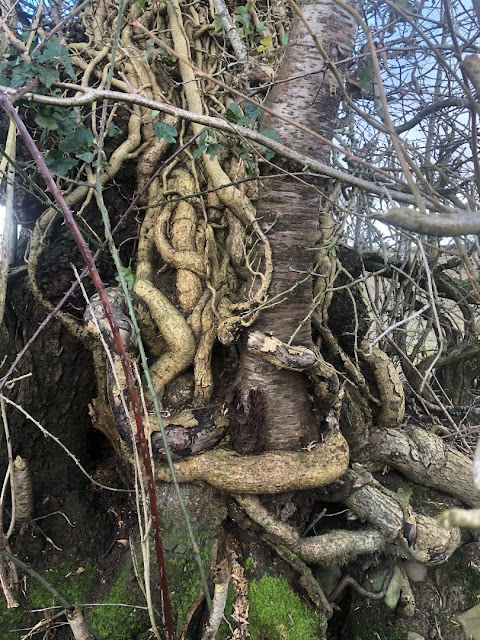 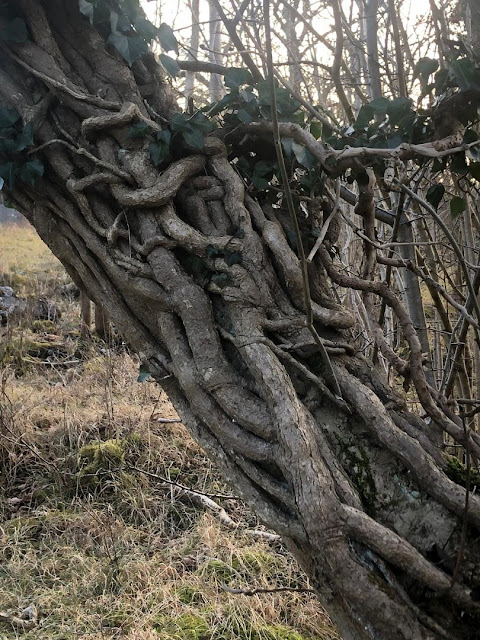 I love them! the old ivy vines wrapped around the trunks, sometimes I can find such interesting subject art if I stare at them long enough.