On Tuesday this week I was back over on the Humber, and it was all quiet on the eastern front. I had full cloud cover with a light westerly wind, and I must admit I did expect a Chiffie, Sand Martin or Wheatear or two, but it wasn't to be.
There was a little bit of vis, and I mean a little bit, with just 17 Linnets, 36 Starlings, a Meadow Pipit, two Chaffinches, a Lesser Redpoll, 10 Woodpigeons and a Goldfinch heading in a more or less north-westerly direction. The only grounded migrant as such was a single Redwing.
As usual I recorded some wildfowl, with six Teal in the ditches and 158 Shelducks out on the shore. The only raptors I had were a Buzzard and a male Kestrel, and a single Little Egret put in an appearance. Wader numbers had certainly dropped on my stretch of the estuary, although I could see thousands of waders further downstream, and all I had were six Oystercatchers and 52 Curlews. 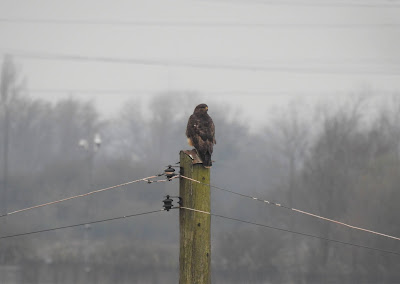 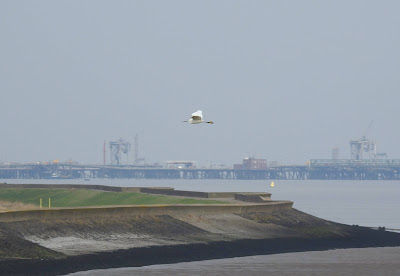 Little Egret (above & below) 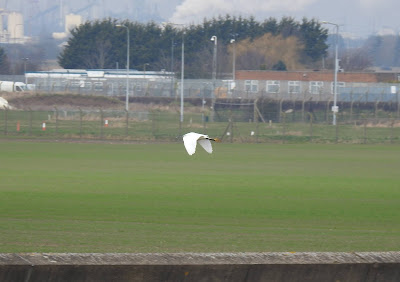 A few species were in song including Skylark, Wren, Song Thrush, Chaffinch and Reed Bunting. And those were the highlights of a quiet few hours!