Saturday morning and Union Lane was closed yet again for repairs to the road that crosses Stalmine and Pilling Moss. Through years of neglect too many of our local roads are in constant danger of sinking into the quaggy mires of Lancashire, turn of the century circa 1900. I turned the car around and took a detour through Pilling village and hoped to be on time. 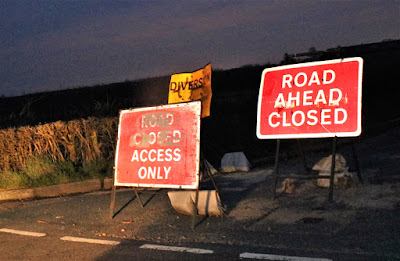 Turn Around
On the journey to Oakenclough I caught up with Andy's car at a road junction. It was 0600 and we both arrived bang on the agreed time for another ringing session. There was zero wind with overcast but brightening skies and a sense of Spring optimism in the air.
Our ringing was slow and steady, as it was on On Wednesday Last.
At first it was extremely slow but picked up slightly as a colder front bearing rain approached from the west. Perhaps the few extra birds that arrived, including Meadow Pipits, had travelled ahead of the boundary of relative warm and hit the westerly chill? Suddenly, we stopped catching anything and called it a day.
We finished with a mix of 8 species and an average March catch of 22 birds - 9 Coal Tit, 5 Meadow Pipit, 2 Goldfinch, 2 Chaffinch, 1 Blue Tit, 1 Treecreeper, 1 Siskin and 1 Lesser Redpoll.
We caught the first Lesser Redpoll and Siskin of  Spring 2021, both bright males. 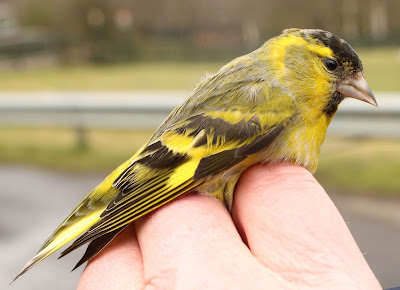 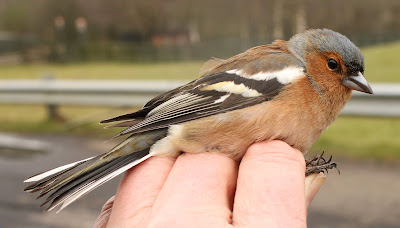 Chaffinch
It's unusual that Coal Tit is the most captured bird in a single session. Our 9 Coal Tits contained a couple of our own recaptures and also a “subsequent” from elsewhere that carried another ringer's ring. We suspect that Coal Tit ALK0174 had not travelled too far but had certainly joined up with other Coal Tits when six were in a net together. 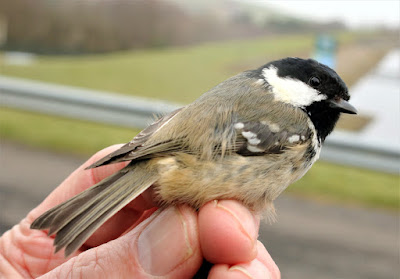 Coal Tit
All five Meadow Pipits were on the large side with wing lengths of 81mm or above that put them in the “male” bracket. 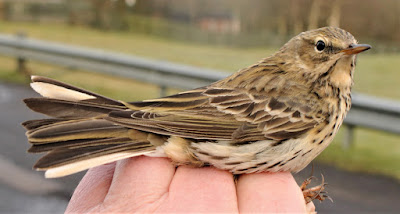 Treecreeper
The Treecreeper found an unusual companion when it was in a net alongside a Lesser Redpoll.
Stay tuned folks, more birds and news soon.