Grizedale Beck.
I watched a Golden-ringed Dragonfly flying towards me from this watchpoint on Thursday. 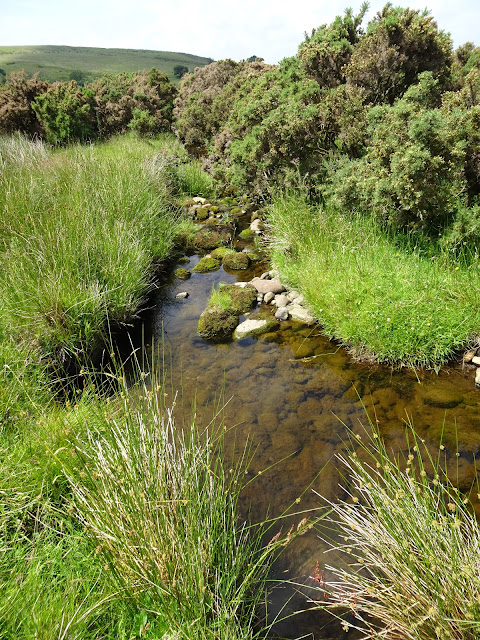 An hour earlier, I had failed to find anything here, but the return paid off and the dragonfly flew by me and continued upstream and out of sight. 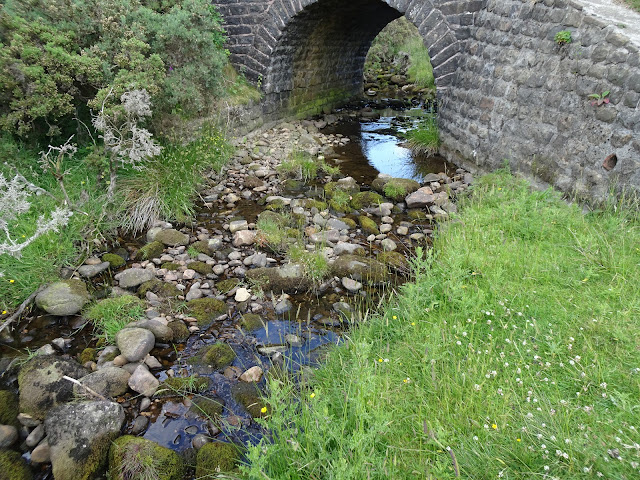 I walked back upstream to see the/another dragonfly flying back under Grizedale Bridge. Grizedale Brook is a good example of the perfect habitat for the Golden-ringed Dragonfly, it being unique in its breeding habit which is confined to acidic upland streams. 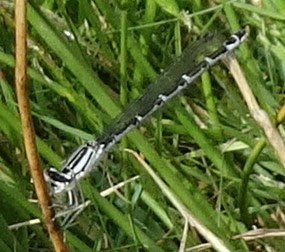 Common Blue Damselfly Female. Pete Woodruff.
I was a little surprised to find this Common Blue Damselfly on the moorland of Harrisend Fell, with not a waterbody in sight.
Conder Pool.
View Full Screen
This 10 second video clip of two fledged Common Tern, also shows a Little Ringed Plover as a bonus. 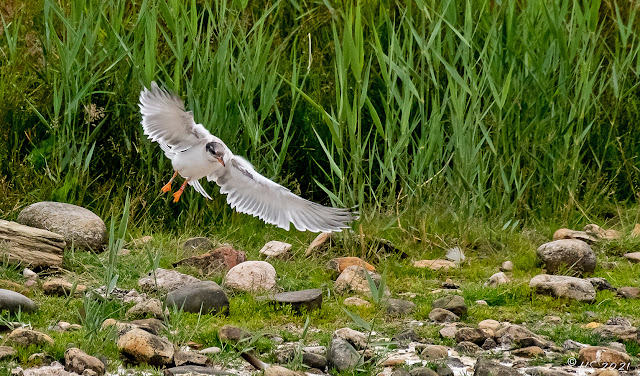