Here’s a new header, the one that caused all the Blogger problems.  This new header will provoke comments and questions to rival Blogger once again changing things that work.
How do I know there will be comments? The answer is that a post on Another Bird Blog entitled “Grey Or Yellow” of August 21 2016 has to date gathered an amazing 10,095 views, easily the most viewed post.  The search terms “grey wagtail” or “yellow wagtail” crop up on a very regular basis whereby Google directs the user to a number of sites, web places that include Another Bird Blog.
So for today, and while I try to resolve the header problem, I hope to answer again the question “When is a grey wagtail not a Grey Wagtail but a Yellow Wagtail”?

It’s a subject that cropped up on a post at Another Bird Blog when a reader suggested via a comment that my image of a Yellow Wagtail was in fact a Grey Wagtail.  The photograph is the one below. 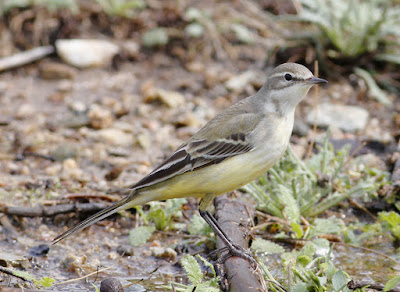 Yellow Wagtail
The species under discussion are two closely related ones, Yellow Wagtail Motacilla flava and Grey Wagtail Motacilla cinerea.
The images below are pages from the The Crossley Guide that show not only the plumage differences between the two wagtails but also the different habitats and situations in which each is usually found. I’m sure that at most times of the year almost everyone can identify the adults of both species as they are really quite different in appearance. 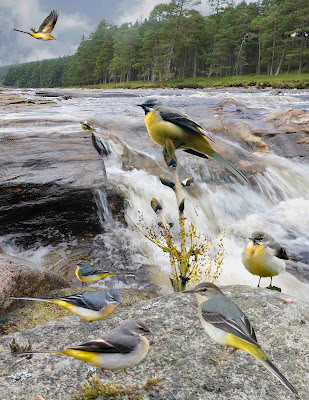 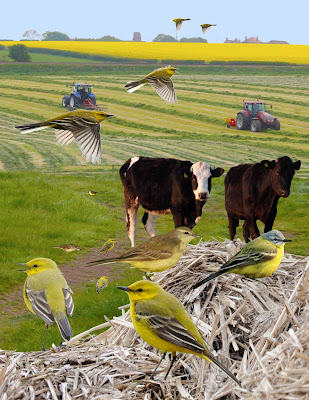 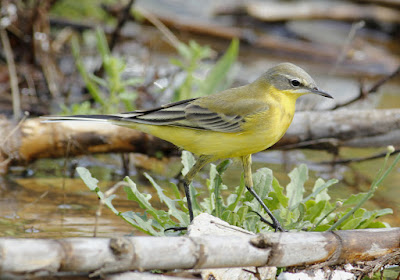 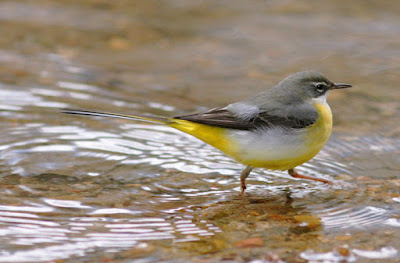 Grey Wagtail
Less practiced bird watchers may experience confusion and misperception when dealing with autumnal “grey” Yellow Wagtails such as the one in my picture at the top of this post, a very pale and quite fresh Yellow Wagtail in its first autumn plumage during September. At this time of year juvenile Yellow Wagtails are greyish/brown/olive above and buff whitish below, with a partly yellow belly and yellow under tail. Rather than the bright yellow and immaculate males of some field guides, autumn encounters of both species usually involve less bright and slightly worn plumaged adults of either sex, or duller juveniles.
My pictures below show the typical dark, almost black legs of a Yellow Wagtail and not the flesh coloured legs of a Grey Wagtail. The Yellow Wagtail has clearly defined wing bars as formed by the pale covert feathers. By comparison a Grey Wagtail of any age always displays slate grey wing feathers together with narrowly edged greyish coverts rather than the much whiter ones in the wing of a Yellow Wagtail. 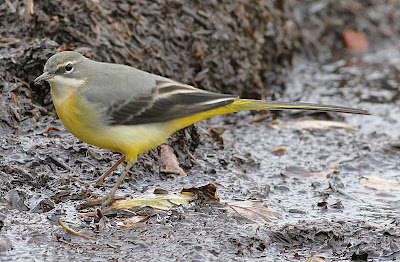 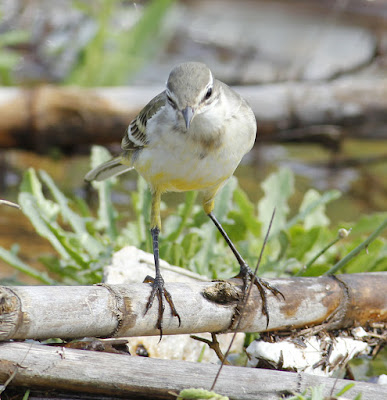 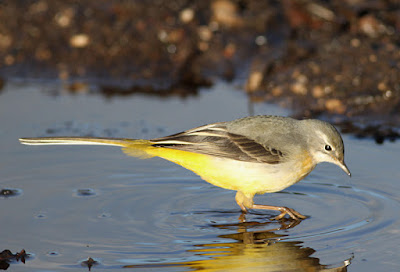 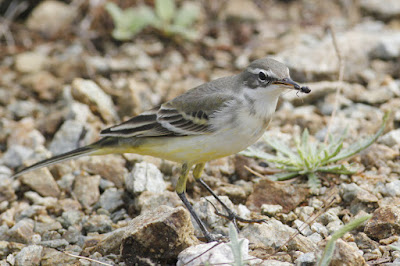 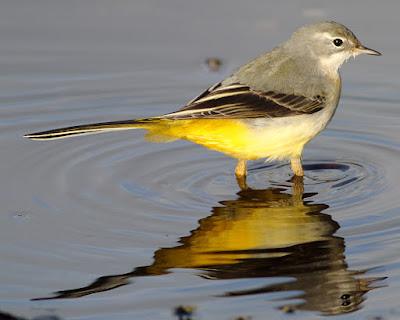 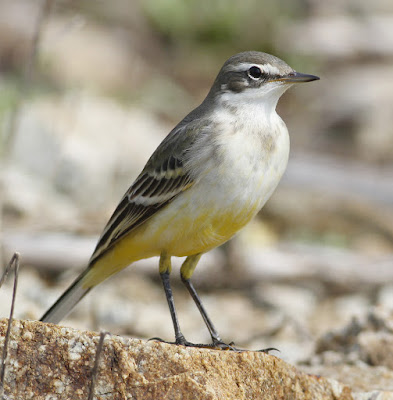 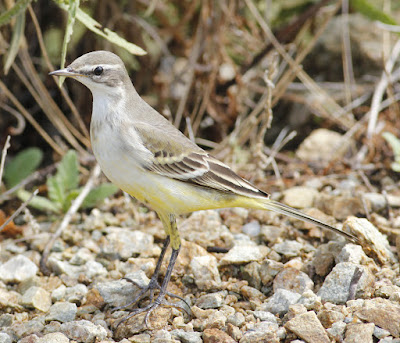 And for anyone looking for a top quality field guide to the birds of Great Britain and Ireland I recommend the following three books:
That's all for now. Back soon with Another Bird Blog.  I hope to fix the half a header problem soon, perhaps via Blogger or through a helpful and HTML knowledgeable reader.
Linking today to Eileen's Blogspot and Anni in Texas.