Yesterday, Gail and I had to check two Spotted Flycatcher nests in Bowland, and to make a morning of it, I decided to show Gail two pieces of nice grassland; one on one of my client's farm, and another on a friend's. Both are in Bowland, and fairly close together. 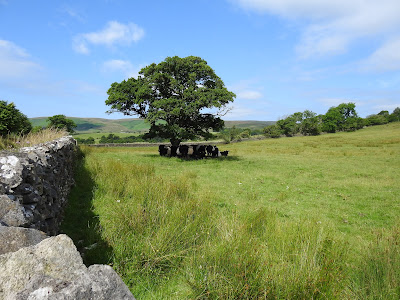 Belted Galloways; the main conservation management tools on both farms 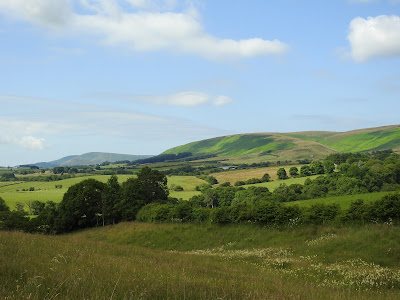 It was another sweltering hot day as we left the car and headed to have a look at the first piece of grassland. On the main pool, within the central wetland complex, a large flock of 115 Greylag Geese were on the water, and over 100 Lesser Black-backed Gulls were in attendance too. With the current dry weather, lots of farmers are mowing their meadows, providing feeding opportunities for the Gulls, and they were dropping in to the main pool for a drink and a bathe, before heading off to feed once again. 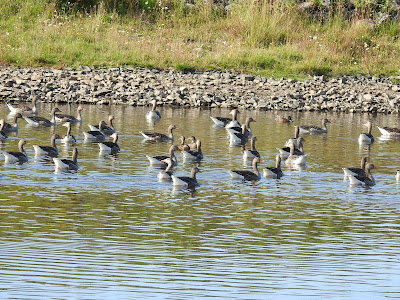 Greylag Geese
We finally got to the field that I wanted to show Gail, which is an area of Purple moor-grass and rush pasture, associated with some fen-type habitat. It was absolutely alive with invertebrates, and the hum of all the bees and hoverflies visiting the profusion of flowering plants, was a joy to be heard. A sound missing from huge swathes of our countryside. In addition to the unidentified bees and hoverflies, we recorded Blue-tailed Damselflies, Common Blue Damselflies, Ringlet, Small Heath, Small Skipper and Meadow Brown butterflies. 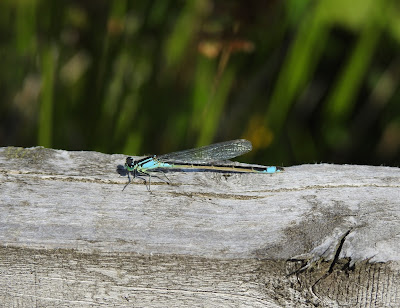 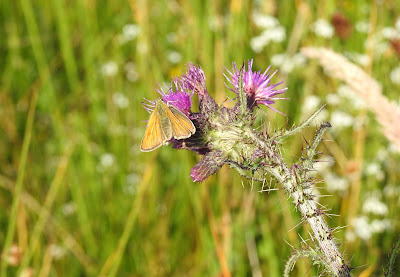 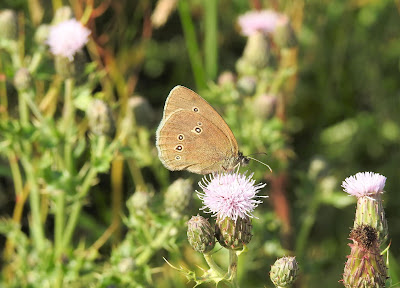 Ringlet
As I said before there, was a profusion of flowering plants including Sneezewort, Heath bedstraw, Cuckoo flower, Tormentil, Meadow vetchling, Birds-foot trefoil, Water mint, Yarrow, Meadowsweet and Greater Burnet, to name just a few. But I think that you get the idea what it was like. 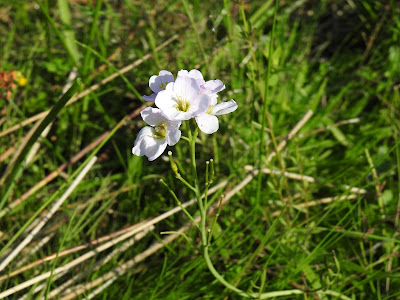 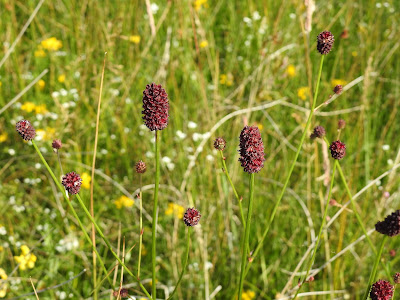 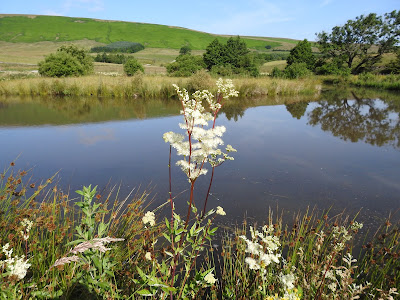 Meadowseet in front of one of the ponds 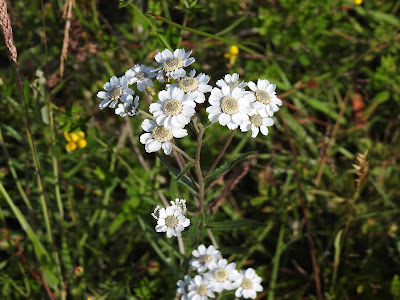 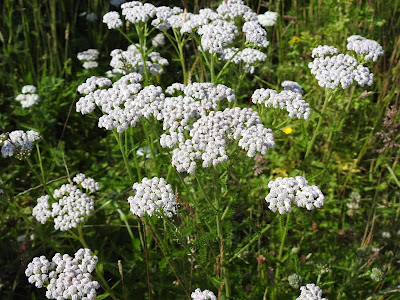 A Sedge Warbler called form the wet areas, a Meadow Pipit was in the drier bits, and Swifts and Siskins called overhead. 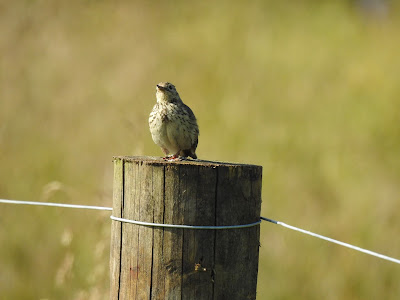 Meadow Pipit
We then moved to my friend's farm, and had a look at their field full of orchids. Common spotted-orchids were everywhere, with a few Fragrant orchids interspersed. How many there were, I don't know, but there were certainly several hundred spikes. In this field the wetter areas contained Meadow sweet and Greater burnet like the other farm, with Harebell and Selfheal in drier areas. Two farms, and two cracking, surviving fields of unimproved grassland. 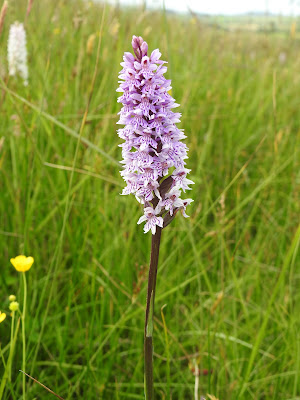 Common spotted-orchid (above), and lots of them below 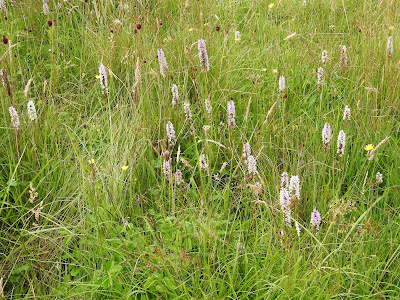 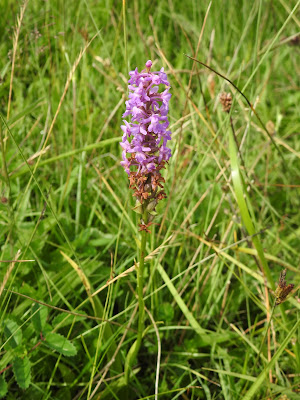 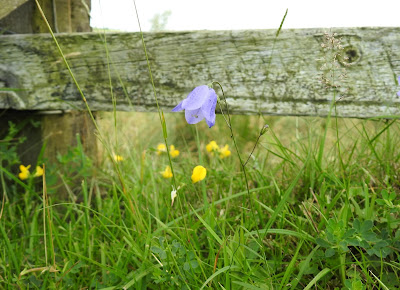 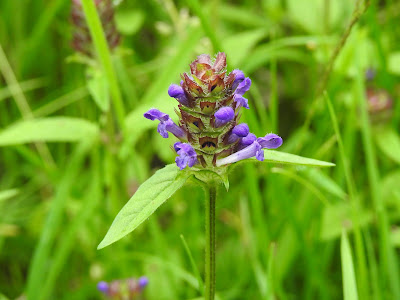 On the way home we checked the Spotted Flycatchers in the Hodder Valley, the main purpose of the morning, and one female was incubating four eggs, and in the other nest was at least one chick that had only just hatched, and there were also two eggs that I don't doubt will have hatched later in the day. We will return next week to hopefully ring all the chicks!