I stood by Grizedale Brook for almost two hours yesterday, relocating four times between Grizedale Bridge and Holme Wood, during which I had sightings of 13 Golden-ringed Dragonfly. The sight of these brilliant creatures flying past me up and downstream, was a magical and relaxing experience.

I think it was maybe a little over zealous of me to regard five of the sightings as duplicated, but the record now has to read, 8 Golden-ringed Dragonflies seen. This record brings the total to fourteen at four locations, found in our recording area in one month. 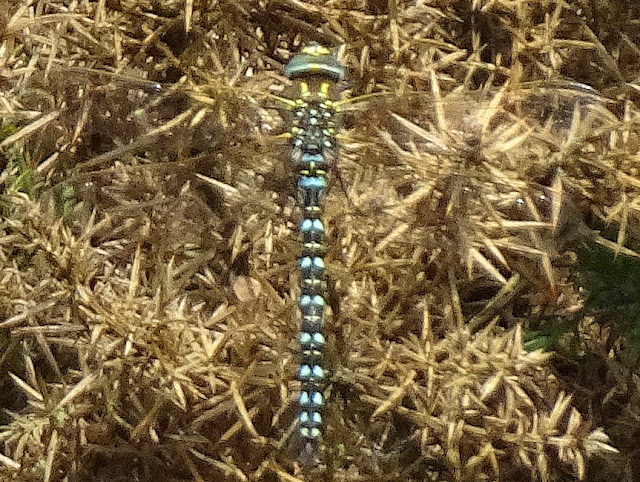 A Migrant Hawker came to rest on the opposite side of the stream. Four Raven were overhead, and a Peregrine Falcon was in hunting mode. Butterflies of note, 4 Green-veined White, with numbers of Large White on the day.

A couple of hours on Harrisend resulted in my finding 18 Stonechat, including 9 young seen, with one female feeding a begging young. This record has evidence of at least three breeding pairs, but I reckon I failed to find more young, with skulking and a lot of movement evident.

With the exception of one recent major surprise in 2020*, todays record represents the highest count of Stonechat at any one location in our recording area since the status of the species declined following the two severe winters of 2009/10/11.

Some records I traced to back up this claim....

Also seen, a Kestrel and Buzzard showing off its hanging on the wing capabilities to the full, also 6 Meadow Pipit and 2 Willow Warbler noted. 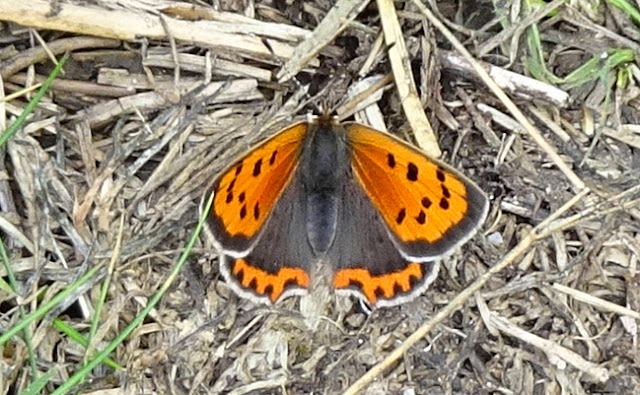 Butterflies records continue to be sparse with today being no exception, but it was pleasing to find my first Painted Lady, being just one of a handful of reports I've seen this year. Also, 3 Small Copper, 2 Small Heath, 2 Meadow Brown, and a Peacock.