A BMW approached on the other side of the road but soon became a passer-by as it hurtled off in the direction of the Stalmine 30mph zone. Ten and more years later and forever counting, our village still lacks a pedestrian crossing where folk can safely visit the Seven Stars. Or more importantly, cross safely back to the other side after a few pints.
Soon, another car appeared in the rear view mirror, niggling at my rear end, even at 6am. The young lady 4X4 lost no time to roar past my untrendy and inexpensive Fiat as it leaned like a drunken sailor over the double white lines of Burned House Lane. Those two opposing vehicles were the only ones I saw on my 0600 journey toward Cockerham.
I guess those people had somewhere important to go in a hurry, probably not, but I’m absolutely sure that at those speeds, neither of them were birders.
There was no urgency as I reached Murder Mile of the A588, the scene of many a high speed, often fatal accident. Wiki - “The A588 is a road in England which runs from Poulton-le-Fylde to Lancaster. It is the main route serving the Over Wyre areas of the Fylde.”
Me -“At 6am of a silent, slightly misty, sun-burnished autumn morning, the A588 can be quite breathtakingly beautiful”. 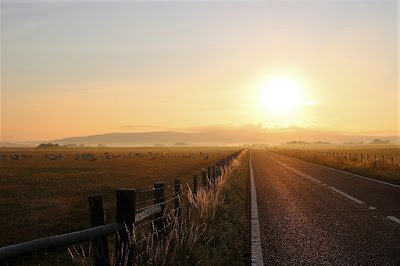 Cockerham - Over-Wyre, Lancashire
Appropriately enough the 20 mile A588 that winds through the Over-Wyre villages of Hambleton, Stalmine and Pilling and across the marshy land that abuts Cockerham Sands, terminates at Lancaster Hospital.
I stopped at the speed camera layby (weekends only) to grab a picture of the rising sun while reminding myself of the luck in leaving the DWP Rat Race some 15 years ago. Instead I get to spend a few hours in the glorious sunshine of an August morning with birds all around while not watching daytime TV.
“Quality not Quantity” is the perennial defence and get out clause of bird ringers who don’t catch too many birds. I am no exception. Hence while 4 Linnet and 4 Reed Warbler will not make the BTO database blow a fuse, the feeling and fun was intense, and to borrow another ringer’s phrase, “there’s always another day”.
One of the Reed Warblers, an adult female, had been ringed here in 2020, almost to the day. Thankfully for my ageing and sexing abilities, she was still an adult female with a now wrinkled brood patch.
The picture is a juvenile Reed Warbler, protesting, as they do. 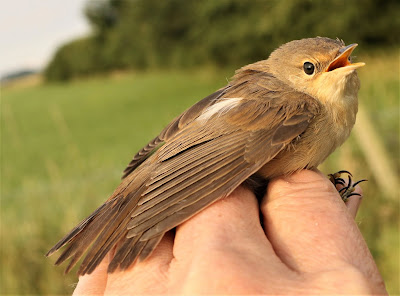 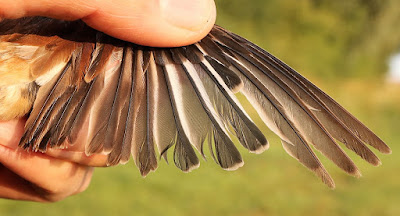 Linnet
The adult male Linnet was part way through its post-breeding moult.
Birding was quiet too with a dawn Buzzard pursued by a handful of crows, and then later 150 or more of the blackened villains. Otherwise - 3 Grey Heron, 3 Little Egret,1 Great-spotted Woodpecker, 40 Woodpigeon, 2 Stock Dove, 4 Goldfinch and 6 or more Brown Hares. 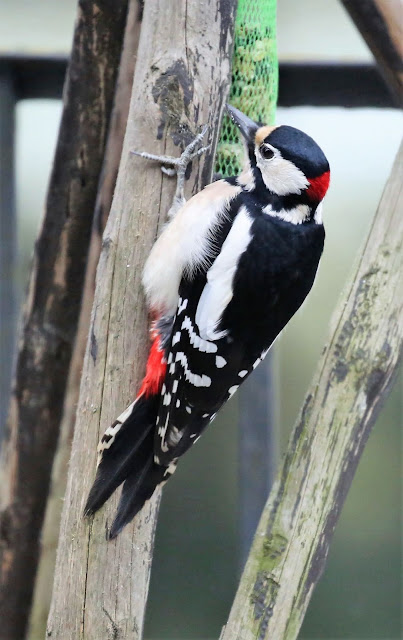 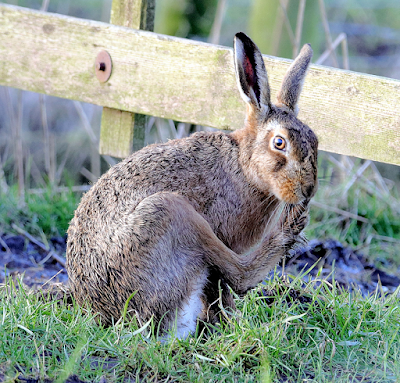 As I type there’s rain closing from the west with more forecast for Friday, Saturday and Sunday.

We'll see.  The forecasters have been known to get it wrong, despite the many £millions spent on new computer modelling systems, the same systems that can predict the weather 30 or more years ahead!