I was on the western side of Hawthornthwaite Fell during the week, and got to around 400m before finding the first of 4 Stonechat seen on the visit. It was a female, and was the highest Stonechat I ever found on this fell, before soon disappearing from view. Also to note, 6 Red Grouse, 8 Meadow Pipit, a Kestrel, and a lone Sand Martin over Catshaw Greave. Butterflies seen, 3 Peacock and a Small Heath. A check of the small pool by the nearby plantation at the foot of Catshaw Fell, a male Common Darter, a Blue-tailed Damselfly, and 3 Small Copper.

On the eastern side of Hawthornthwaite, I found 7 Stonechat, these were seen as a distant pair, both scolding and almost certainly with skulking young, another pair were seen with 3 young. The low numbers of pipits seen on the uplands of Bowland recently, continued with just 3 Meadow Pipit here today, a single Red Grouse, Buzzard and Kestrel. When I got back to the motor at Marshaw, a Grey Wagtail was on the Marshaw Wyre.

As a contradiction to the claim of the dearth of butterflies seen this year, I probably saw at least 150 Large White on the day, with a few Small White, and 4 Green-veined White identifiable at close range. 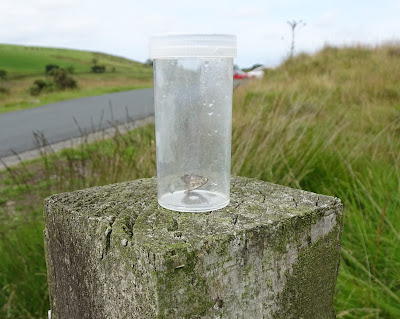 On the moorland edge, I found a container hidden in the long grass, the container held a moth. Thinking to myself, maybe this is a decent discovery, lost by a lepidopterist, and might turn out to be something rare. 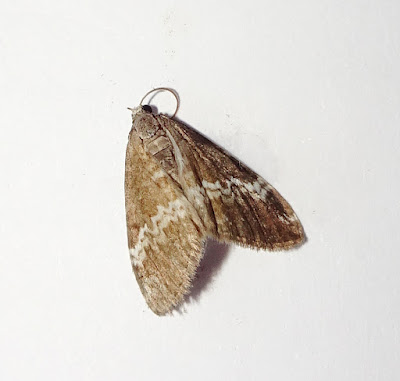 But the excitement soon faded when the moth arrived on the computer, and became apparent it was The Rivulet. Perhaps this person thought he had found a White-banded Carpet.

If you're a Red Grouse rejoice, I have excellent news for you. 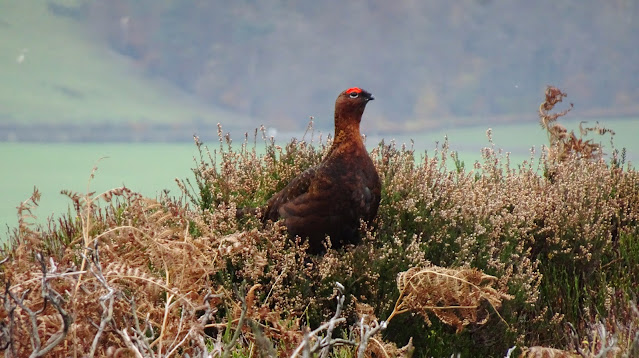 If you are living in the fear of soon being driven by the beaters, and then blasted out of the skies, you can take comfort from knowing it isn't going to happen this year. That's because there isn't going to be any shoots anywhere in the country in 2021.

Fear not, and take it from me, it's official....The Glorious Twelfth Is Cancelled.

The header image serves the purpose of some successful resizing, and is appropriate for the subject of my post. Brilliant shot of the Stonechat Martin, much appreciated.