Friday morning proved too breezy for ringing so with the little sun I headed for Knott End village and the viewpoints of the jetty and promenade. From here are vistas across Morecambe Bay to the English Lakes, Barrow and on suitable days, The Isle of Man. There are many birds to be seen in most seasons except for high summer when grockles appear.
It was just here on Monday that a lady and her dog were rescued after getting stuck in mud off the end of the slipway. I’m on safe ground in saying that because she had a dog with her, the lady was probably not a birder. 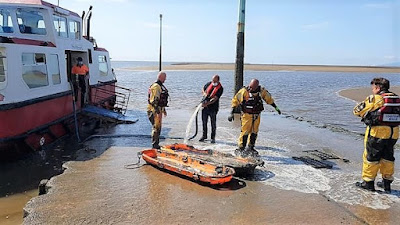 Monday 2 August - Knott End, Lancashire - @LancsLive
The poor lady was pulled unceremoniously from the sticky mud by members of Knott End Coastguard with help from the crew of the Knott End/Fleetwood ferry. She was fortunate that a fast tide was not rushing in and that local people spotted her plight, as without their help, the seemingly innocent  walk could have ended in tragedy.
The tides and sands of Morecambe Bay are incredibly dangerous but there is no accounting for stupid when warnings are clear and abundant. 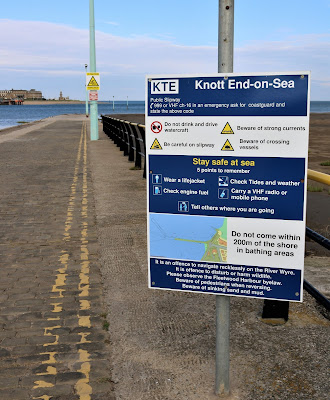 Knott End slipway - "Beware of sinking sand and mud. Check tides and weather"
My own walk along the river path was less eventful but dictated by the incoming tide which flooded the mud, sand and mussel beds. As the land disappeared about 450 Oystercatchers flew upstream to their roost. There was a steady flow of 55+ Sandwich Terns, their breeding season at an end with many now journeying to winter off the south and west coasts of Africa.
Out of our own UK season of Sandwich Terns from March to September I have seen the species in the winter warmth of Lanzarote, Fuerteventura and Gambia, West Africa, but wherever it is, Sandwich Terns seem to always retain their fear of man and keep a safe distance.
This fear is not surprising when many past recoveries of ringed Sandwich Terns are from hunting in West African countries like Ghana, Senegal, Angola, Ivory Coast , Liberia and Sierra Leone. Here the trapping of terns for food is carried out by children setting noose traps on the beach baited with dead fish. Although this practice may be less prevalent than say the 1960, 70 and 80s, it is apparently still widespread in some areas. 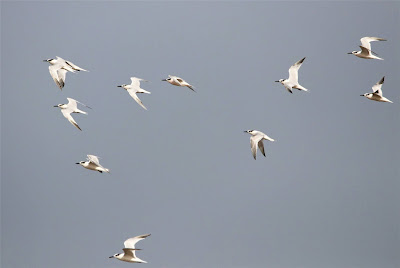 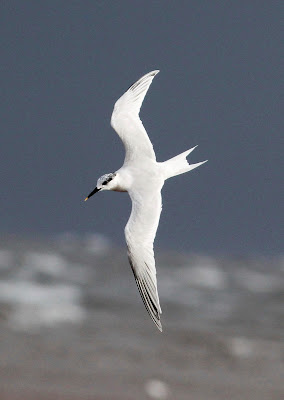 Oystercatchers
The best and certainly the rarest birds I saw were two other terns, Little Terns, on the beach and close to a gang of a dozen or more Sandwich Terns. Soon, the two smaller terns followed their cousins out over the incoming tide.
Little Terns used to be much more common in Autumn in the days before the familiar story of falls in their UK population.
Factors contributing to this low productivity include predation of chicks and eggs by, Kestrels  Foxes and the crow family. other losses from nest loss due to bad weather, food shortage, and, most significantly, disturbance by humans. Most Little Terns nest along the east and south coasts of England, adjacent to some of the most densely populated areas of Britain, although many sites are now guarded in an attempt to limit disturbance. 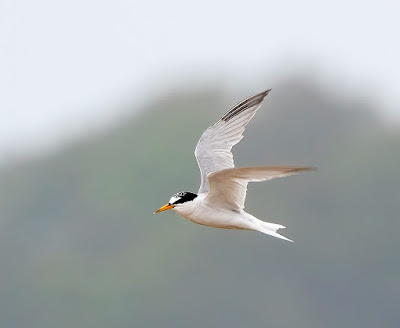 Little Tern
Early August is the best time to see Little Terns in Lancashire. Many years ago I counted more than 100 gathered on the shore at Cockersands on a single August morning.  Sad to say it is highly unlikely such a high number will be seen again in these parts but instead the norm becomes a count by fingers of one hand.
There seemed few other species alongside the river and the edge of the golf course except for a handful of Greenfinches, Linnets and that rarity the House Sparrow.  A good number of Collared Doves look as though they have enjoyed a successful breeding season. There's been up to a dozen around our local gardens this last week. And of course the shore and the river provide lots of gulls. 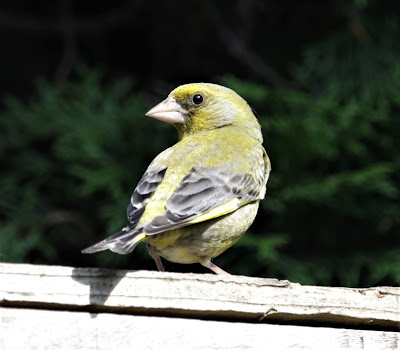 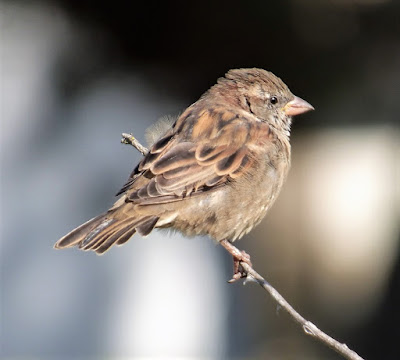 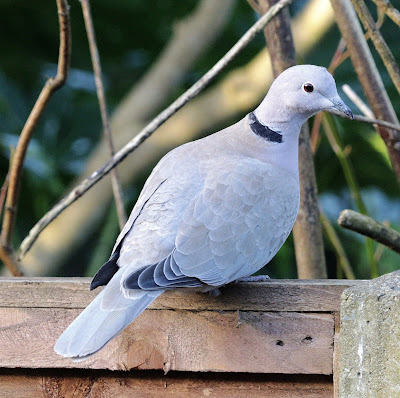 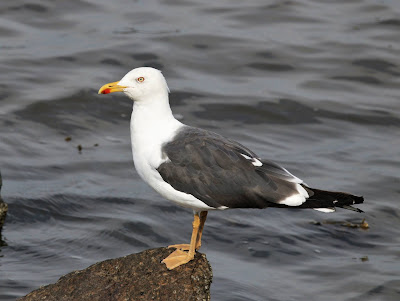 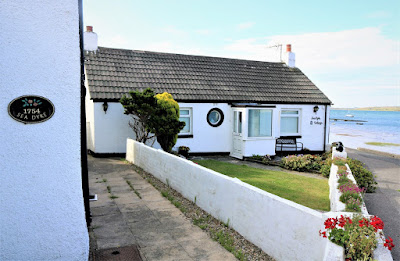 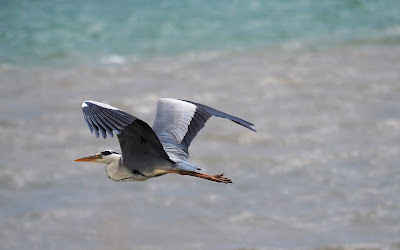 Grey Heron
Our summer weather is looking pretty poor to at least Monday. I’m thinking that Wednesday 11th might be my next birding and/or ringing day. Fingers crossed the experts have got it wrong again.