I don’t normally have a leisurely breakfast, more a “grab it and go”. At 0630 on Sunday a steady drizzle rattled on the conservatory roof. It was rain enough to bang another piece of bread in the toaster, make a second cup of tea and wait for the skies to brighten. An hour later it was time to hit the road.
The plan was the usual - a little birding over Cockerham way and hopefully a spot of ringing.
I stopped at Gulf Lane where the farmer had promised to cut a swathe through his other seed crop in readiness for the first signs of a decent sized flock of Linnets. Richard had done a gret job with the tractor with a terrific 9ft wide path that skirted the ditch and the bramble patch where many birds frequent during August to May.
Already birds were in the ride, foraging through the cut crop, along the fence posts or hiding in the hedge - 2 Tree Sparrow, 2 Reed Bunting, 2 Stock Dove and 18 Linnets. 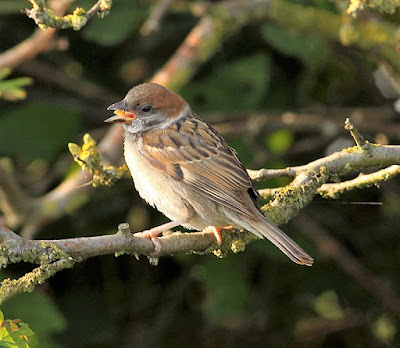 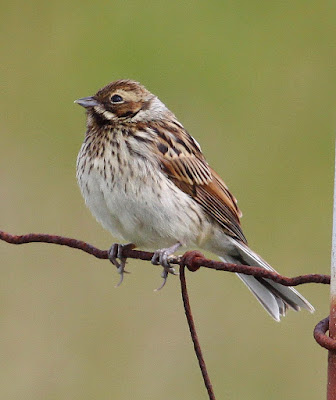 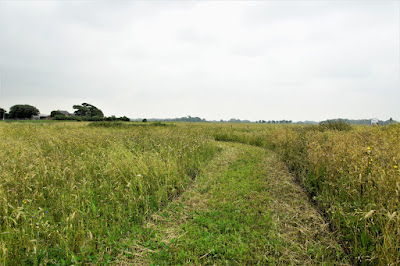 Win-Win
A good start to the morning that went slightly downhill as the previously slight breeze picked up enough to signify that ringing was a no-no. Not to worry as the big fields held many birds even if most were a little distant.
The distance combined with the ebb and flow of birds constantly moving between the field and the marsh beyond made counting almost impossible. My best estimates were 750 Greylag, 200 Lapwing, 175 Carrion Crow, 90 Curlew, 25 Stock Dove and countless gulls, mostly Black-headed. 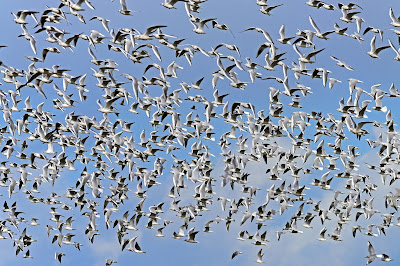 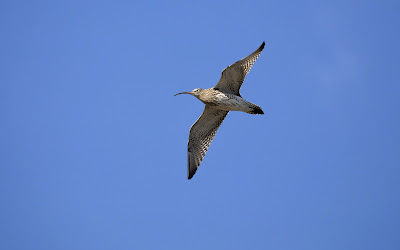 Curlew
Constant activity was enough to draw in raptors in the shape of two Sparrowhawks and a Marsh Harrier. I was be sure of two Sparrowhawks because of their relative sizes, a small, fast moving male and soon after a larger female that circled around in a higher plane as females of the species are inclined to do.
The Sparrowhawks were quickly followed by a Marsh Harrier, a somewhat nondescript bird of the year, which gave intermittent views as it hunted over and around the ditches, fields and few trees that dot the area. When Richard arrived on the quad carrying the morning breakfast of cattle nuts I asked “Where were you five minutes ago?”
Luckily the harrier reappeared again to give us both splendid views until it drifted off south, over the A588 and in the direction of Winmarleigh Moss. Mid-August is a classic time to catch up with Marsh Harriers as they disperse from breeding sites north and east of here. In recent years Marsh Harriers have begun to winter on the Lancashire coast, Leighton Moss and Martin Mere/Southport/Merseyside. 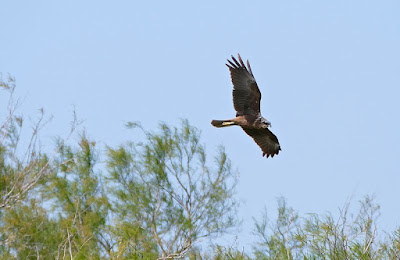 Marsh Harrier
Smaller birds were difficult to find with singles of Reed Warbler, Great-spotted Woodpecker, a handful of Goldfinches and about 20 Linnets max. A single south moving Swallow was the only one noted. It's really autumn now.
After a dismal start the few hours spent in the Great Outdoors proved to be a winner - again. And who wouldn’t rather be birding?