A number of weeks had gone by since the last visit to Oakenclough. A look here on the blog revealed it to be 2 July when we halted ringing until pal Andy would feel fit enough to return after his knee op of 15 July. Seven weeks later he returned to the fray and well on the way to full mobility.
In the meantime I had pottered alone at Cockerham ringing mainly Linnets and Reed Warblers but looked forward to returning to the edge of the Bowland Hills and a change of species.
Bryan joined us this morning at 0600 to a clear dry start and the promise of a trifling easterly in sunny skies. The £zillion Met Office computer programmes got it wrong again when the morning was way off the forecast of warm, sunny skies but instead produced zero sun, an occluded sky and a naggingly cold easterly breeze.
By 1030 we had packed in with a mixed bag of species and a total of 18 birds in all - 3 Wren, 3 Blue Tit, 2 Bullfinch, 2 Goldcrest, 2 Coal Tit, 1 Great Tit, 1 Robin,1 Chiffchaff, 1 Willow Warbler, 1 Blackcap.
In June and July there had been no evidence of Bullfinches here, a site where they once bred but not in recent years. Catching a moulting adult female and a juvenile together today signified that the species may have returned to breed in the height of summer, and while we cannot be certain, it’s a species to look out for next spring. Most of the time all birds present ringers with puzzles that they are unable to answer, part of the reason that ringing remains an essential tool of conservation research.
The short, stubby beak of the Bullfinch is specially adapted for feeding on buds and they are particularly enthusiastic eaters of the buds of certain fruit trees. Due to their bud-eating habits, many thousands used to be legally trapped and killed each year in orchards mainly in south and central England. There are few if any commercial orchards in this part of Northern England. 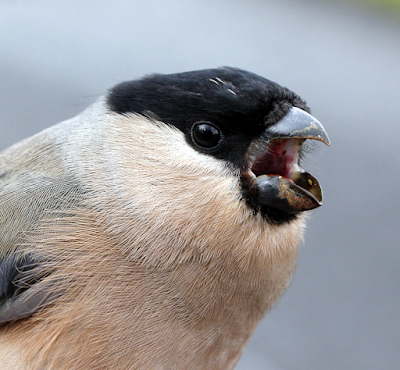 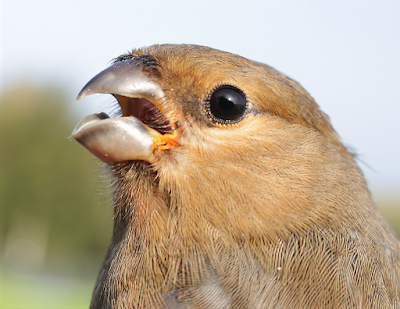 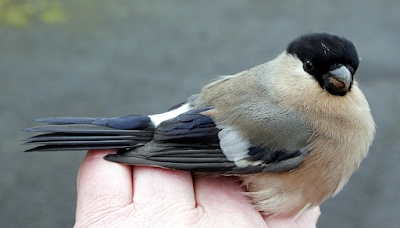 Bullfinch
With a single one caught the lack of Willow Warblers this year was again evident when many more should be around by late August/early September. There’s little doubt that the icy mornings during the whole of May put paid to the Willow Warblers’ ground nesting lifestyles. 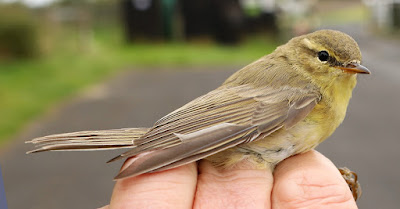 Willow Warbler
Goldcrests have probably fared OK this year as they nest in the comparative warmth and shelter of conifer trees. The two caught today may represent the beginnings of a noticeable September and October migration. 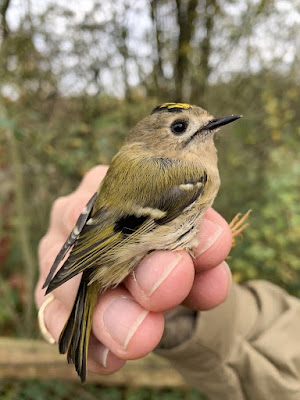 Goldcrest
Blackcaps appear to be in short supply with a single adult male caught today. 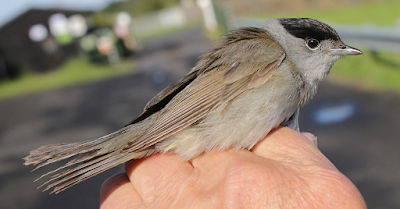 Blackcap
Our birding was uneventful except for a noticeable movement of Swallows heading south and fairly high but not lingering as the morning “warmed” slightly. In all approximately 90 Swallows with several or more Sand or House Martins in the mix against the grey skies.
There's more news and views soon. Stay tuned to Another Bird Blog.