Sunday 5 September - a fine sunny start with a gentle southerly breath of air, ideal for a little ringing and watching the world of birds go by.
Carrion Crows get heaps of bad press, not least on Another Bird Blog. It’s a species whose population and poor reputation has outgrown any positives, and for birders especially, the species is Public Enemy Number One.
However, for birders the black brutes do have one saving grace - their superb eyesight and intelligence combine as an early warning of raptors close by. Invariably the average Carrion Crow will spot a bird of prey before the average birder and so allow the birder to see a bird they might otherwise miss.
That’s how it was this morning half way through a spot of ringing when noisy crows drew my attention to the arrival of an Osprey, partly hidden from view but effortlessly circling a nearby stretch of water. I have it on good authority there are no Osprey sized fish in the said water, something which the Osprey soon realised as it changed course and then headed off north east towards the River Lune. Needless to say this brief encounter with an Osprey was the highlight of an otherwise slow spot of ringing whereby an Osprey at my local patch makes for a day to remember. 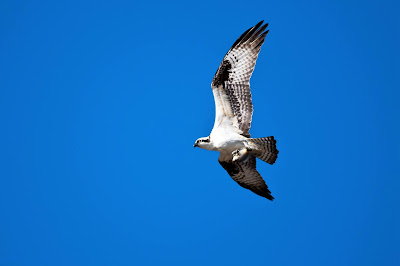 Osprey
This Osprey was almost certainly on its way from Scotland to the South Coast of England, just part of a long journey ahead.
Ospreys arrive back in the UK from late March onwards. Male Ospreys get here first and start to set up their breeding territory, near lakes where they can catch a supply of fish to eat, while waiting for a female to arrive. The pair then makes its nest in a tall tree, and by late April the female has usually laid 2–4 eggs. The young can fly about 50 days after hatching, but they depend on their parents for another month or so.
Females start the return migration, followed by males and then young. After crossing the English Channel, they travel down through France and Spain into North Africa. Some then cross the Sahara Desert directly, while others follow the West African coastline.
Most of our Ospreys spend the winter in West African countries such as Senegal, though Ospreys from Eastern Europe may travel as far as South Africa. Ospreys travel by day, using thermals to gain height over land. They migrate more slowly than many birds, stopping at favourite feeding sites along the way - sometimes for a week or so. Each bird travels alone and follows its own route.
With the ringing now something of an anti-climax, I reached double figures in the course of 7 Linnet, 2 Great Tit and a Robin. 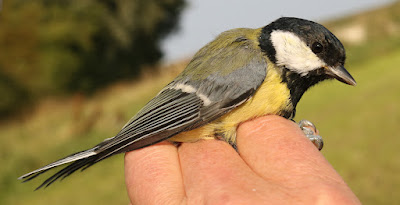 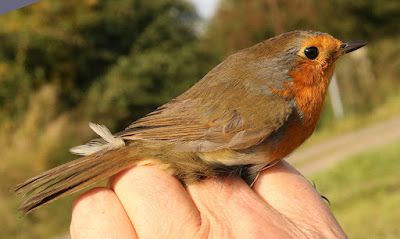 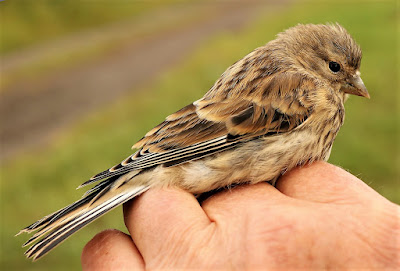 Linnet
To fill out today’s post here are a few pictures of mechanical flying machines from Knott End beach. This was Saturday afternoon’s Lancashire Landing charity event in aid of fallen soldiers from Lancashire’s local infantry regiment The Royal Regiment of Fusiliers - Lancashire Landing. Local fliers land on Knott End beach and allow the public to inspect and enjoy the flying machines.
Click the pics for close-ups. 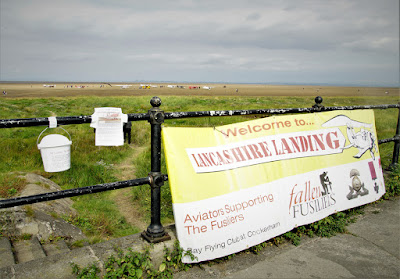 The tides of south Morecambe Bay travel great distances. From close to Knott End it is possible to cross the bay on foot to arrive at Grange Over Sands 20 miles away.  It's a walk for those experienced in navigating tides and quicksands and certainly not for a Sunday saunter. 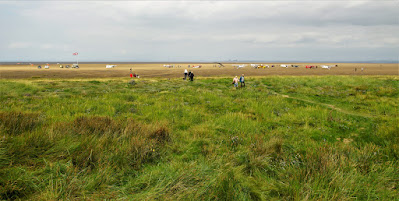 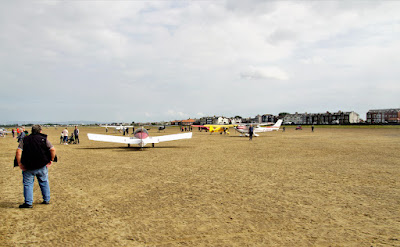 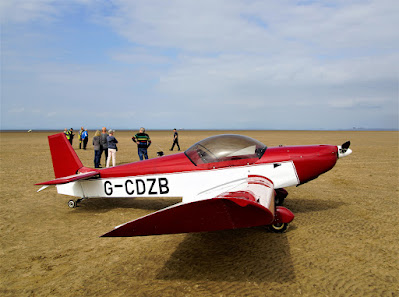 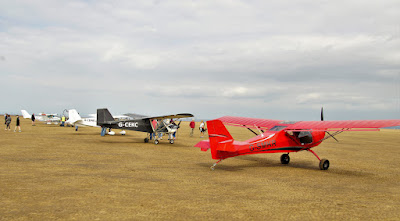 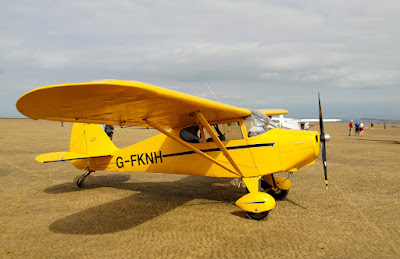 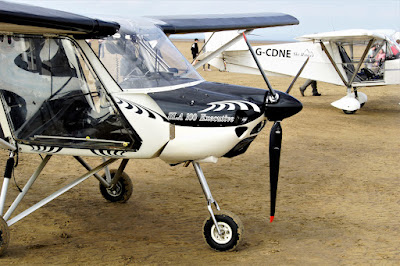 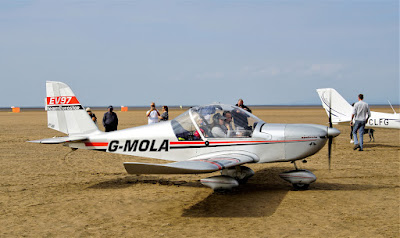 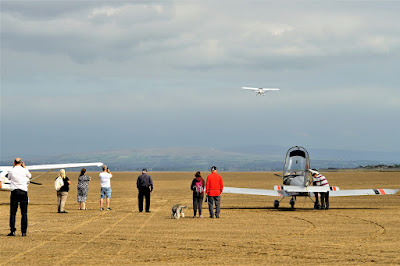 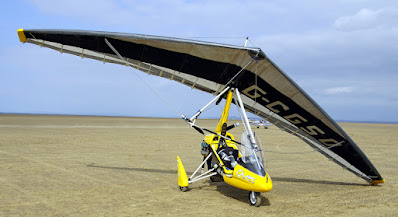 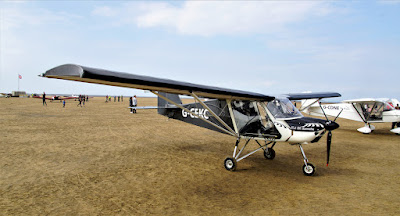 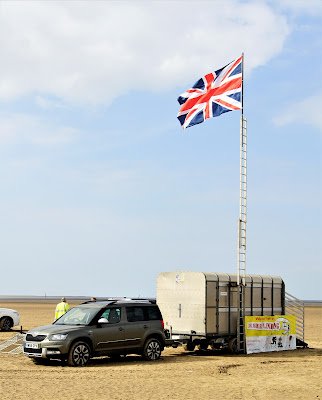 Back soon with more flying things, Stay tuned to Another Bird Blog.