I was out ringing on Tuesday morning but an urgent phone call sent me scurrying back home with just 5 birds ringed.
The morning began with a blanket of mist. Brightness above the grey indicated the sun would quickly break through. The yellow blob cleared the mist in no time and a look in the nearest net showed a Chiffchaff and a male Blackcap side by side. 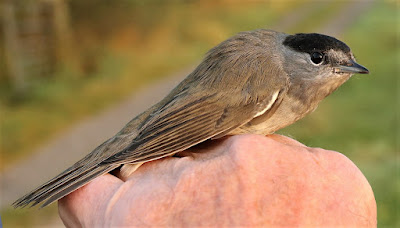 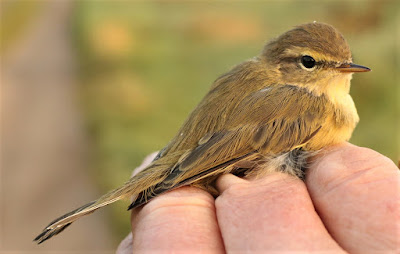 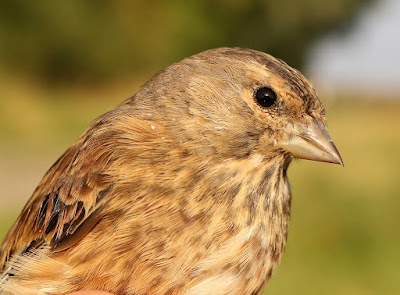 Linnet
This excellent start continued with 3 more Linnets from a flock in the bright blue that quickly built to upwards of 150 Linnets with ten or more hangers on in the shape of Goldfinches. This was looking good. With 48 Linnets in the bag so far this autumn (42 first years and 6 adults), a half century was certain. A few other birds enlivened proceedings, the best of those being a double whammy of two Great Egrets and a male Sparrowhawk.
And then the phone calls. The local Post Office had mislaid the packet of Euro currency ordered for our Greek holiday and I needed to retrieve paperwork from back home. After a swear word or three nets were stashed away and off I went.  Fortunately everything turned out OK when our Euros were found in the main office where an unnamed operative had stored the package for “safe keeping”.
Fast forward to Thursday when the Doom & Gloom Forecast said “rain”, but I was not convinced so set off towards Cockerham village. At 0600 there was a light shower followed by much brighter skies and a very decent morning of zero wind. The mobile was switched to “off” and I switched on to where I left off on Tuesday.
The Linnet flock was now more than 200 strong plus smaller groups and singles that became attached and then broke off, behaviour which makes for counting difficulties. The counting was even harder when Sparrowhawks appeared, tried to grab a Linnet and scattered the flock in several directions. Definitely two Sparrowhawks today, a female and then a noticeably smaller and more agile male, both of which came in low and fast in the element of surprise, but neither connected with a meal. 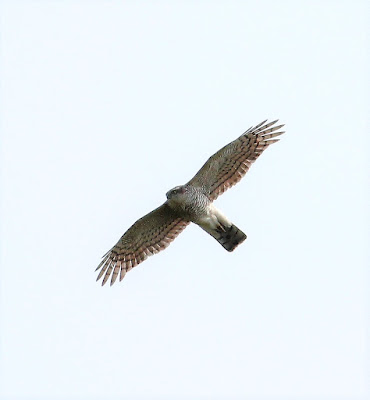 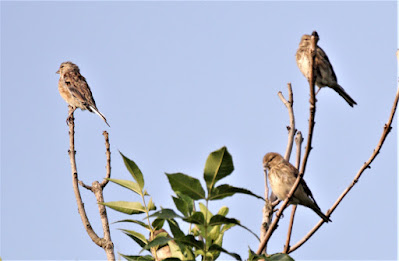 Linnets
The overall number of Linnets in the area must have improved the catch with 19 new ones today. There was another Chiffchaff, this one a male with a wing length of 64mm compared to Tuesday’s 56mm female. At this time of the year wing length is the only way to sex a Chiffchaff unless a wing measurement falls half way between the two extremes when the bird becomes of unknown sex. 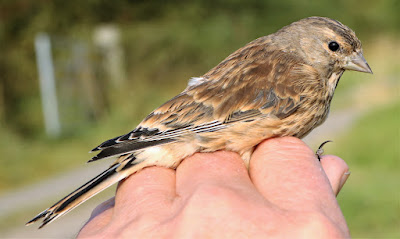