Trying, is the best way to describe the weather conditions over this past week. I had two wintering bird surveys to get in this week, if the weather played ball, and I managed to only just get one in on Wednesday morning. Even then, it was touch and go weather-wise, and during the survey I had 7 oktas cloud cover with a 4 - 5 NW wind, and frequent, squally showers. During the showers I had to abandon my VP, and seek shelter behind a hedge. Thankfully, as the morning progressed into afternoon, the showers died away, and the cloud cover decreased to 4 oktas, and the sun made an appearance. It had its hat on though!
Two species were the order of the day; Pink-footed Geese and Skylarks. During the early part of my survey, Pink-footed Geese were arriving high from the north, and moving rapidly south with the stiff NW tail wind, and in total I had 1,321 go over. 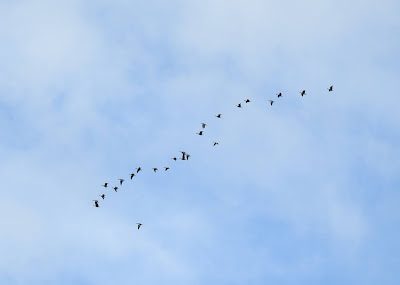 Pink-footed Geese
A large part of this particular survey site in west Lancs is arable farmland, and most of that is stubbles at the moment, and attracting a number of feeding Skylarks. I didn't have any Skylarks on vis, but at least 91 were foraging in the stubbles. The odd ones were singing, and others would take off, calling as if wanting to move, but would quickly return in the blustery conditions. 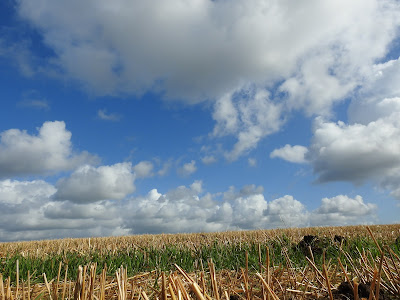 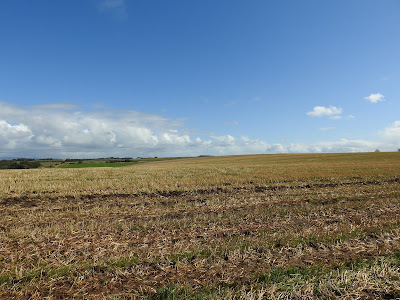 There probably isn't much lowland farmland these days, particularly with an element of arable land, that doesn't have a shoot over some of it, with the associated release of numbers of non-native gamebirds, and this site is no exception. I came across at least 32 Red-legged Partridges in habitat that looked good for supporting our native Grey Partridge, but not a Grey Partridge was to be seen.
The stubbles attracted large-ish numbers of Woodpigeons, Jackdaws and Rooks, and I had 292, 178 and 162 respectively. I mentioned a post or two ago that I thought it might be shaping up to be a Jay autumn, and this morning driving to this site through some 'not typical' Jay habitat, I recorded a couple of birds, and this morning I had a Jay motoring south-east across a large expanse of stubble. Time will tell.
Raptors were thin on the ground, and having said that it wasn't really a raptor kind of day. Three species made it onto my maps; a female Sparrowhawk, that had me looking twice at her, and two each of Buzzard and Kestrel.
It wasn't really a vis kind of day either, and a Swallow, House Martin, Grey Wagtail, 15 Meadow Pipits and a Chaffinch did go over south, and were probably moving. The only grounded migrant I had was a single Chiffchaff.
When it warmed up later during the afternoon, and despite of the blustery conditions, I had a Red Admiral and Migrant Hawker on the wing. 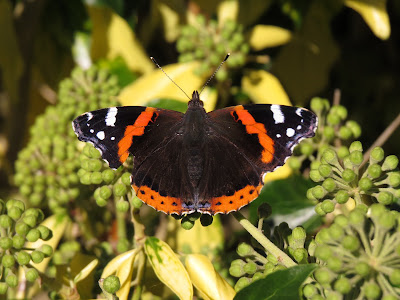 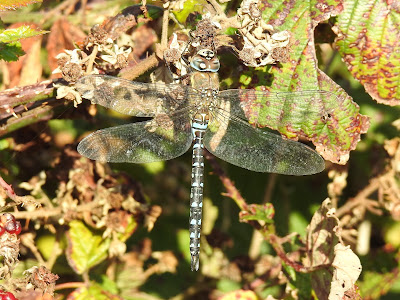 The forecast isn't looking great for the next week or so either, and I expect more 'trying' conditions. A bit of seawatching might be in order over weekend, perhaps on Sunday, when the wind will be south-westerly, rather than the south-easterly of tomorrow.