There was a 6° and cold but clear start to the latest ringing session at Cockerham. I’d met Andy on site at 0730 and within minutes we had a few nets up.
Linnets began to arrive but in less numbers than recent weeks. Our best Linnet count today was 130+. As the morning progressed we wondered if constant attention from two, possibly three, or even four Sparrowhawks big and small had caused the previously large Linnet flock to fragment into the smaller groups we saw.
These Sparrowhawks must find the Linnets a relatively easy catch as they appeared a number of times and used various methods by which to catch Linnets, succeeding just once. In comparison the hawks appeared to ignore the flocks of Starlings we saw throughout the morning. 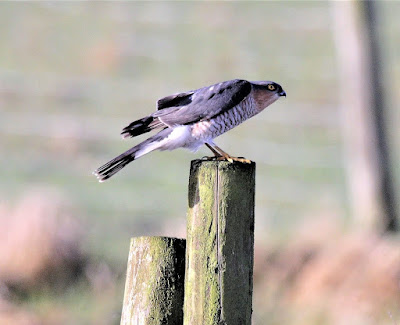 Sparrowhawk
Less Linnets round and about meant a smaller catch of that species, balanced out by more Greenfinches, a couple of Reed Buntings and a Redwing.
Totals caught - 23 birds of 5 species -13 Greenfinch, 6 Linnet, 2 Reed Bunting, 1 Redwing, 1 Great Tit. 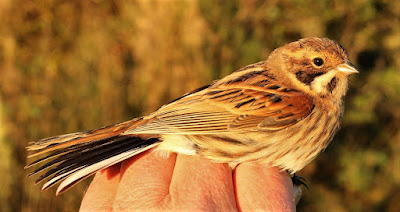 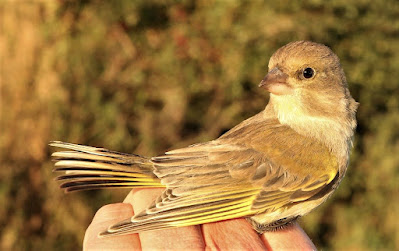 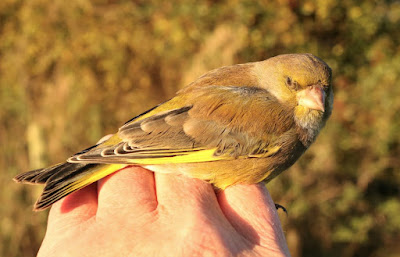 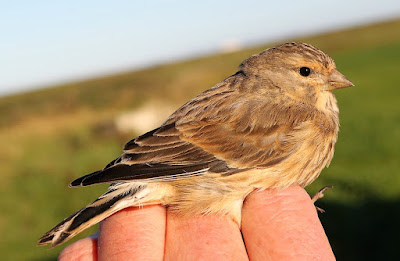 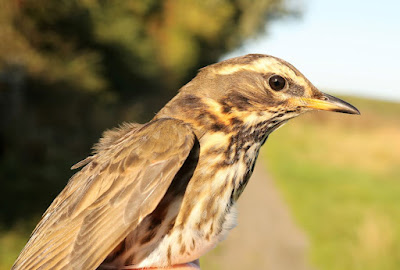 Redwing
Quite suddenly Lapwings are back in our area in large numbers. Many flew over the ringing site this morning heading for nearby fields. And then on the way back home and through Pilling at about 1115 there seemed to be rather a lot of Lapwings in a roadside field. I stopped for a closer look and counted 1700!
There were piles of Starlings too and although I was more interested in the Lapwings and whether Golden Plovers were in the mix, I knew that both Starlings and Lapwings had recently arrived from similar areas of Europe and that hereabouts it's not unusual to see Starlings feeding alongside Lapwings.
British Lapwings are mostly resident, but some migrate westwards to Ireland and others fly south to France and Spain. Any remaining winter population is increased to about 2 million by migrant Lapwings from continental Europe.
From late summer, migrant Starlings from as far as Scandinavia, the Baltic States, the Low Countries, Germany, Poland and Russia join our resident Starlings to make enormous daytime flocks and to form huge night-time roosts. 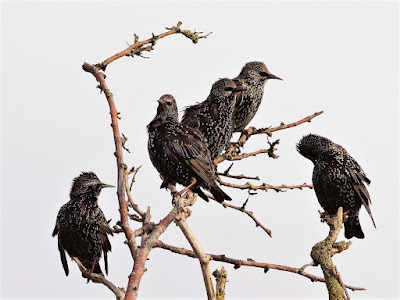 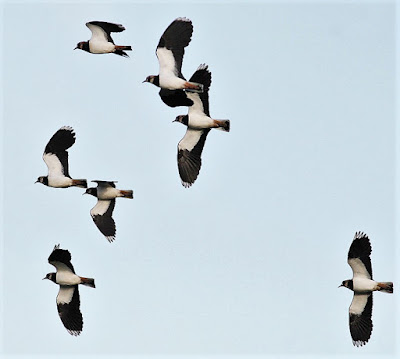 Lapwings
At Gulf Lane, our usual catch site for Linnets there was a flock of 50+ in a very similar seed plot to the morning's site not too far away and where we have caught 144 Linnets so far this autumn.
Now we are left in a quandary with a wealth of places in which to catch Linnets. Do we stick where we are or move soon to tried and trusted Gulf Lane and its 819 Linnets over recent winters?
Answers please on a postcard to Another Bird Blog...........
Linking this weekend to United States birders, Eileen's Blogspot and Anni in Texas.