We escaped the rain until 1000 this morning and even managed to catch a few birds. I’d met up with Andy at 0730 where in view of the poor forecast of both wind and rain we planned to a little maintenance work on a net ride by clearing overgrow so as to make the ride a little longer.
When I arrived in the dark before Andy there was no wind so I quickly set the usual net for Linnets even though this was unplanned.
Andy did most of the mucky hard graft with a bow saw as I moved a few branches and periodically checked for Linnets. In fact we caught another 14 to make our Linnet autumnal total here in 2021 an impressive 162 with zero recaptures. 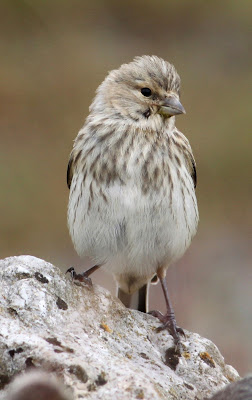 Linnet
We didn’t spend time birding but couldn’t help but notice 10 Little Egrets and good numbers of Greenfinch close to where we worked and also flying over, another example of what has seems to have been an exceptionally good year for Greenfinches and a recovery of the species’ fortunes. 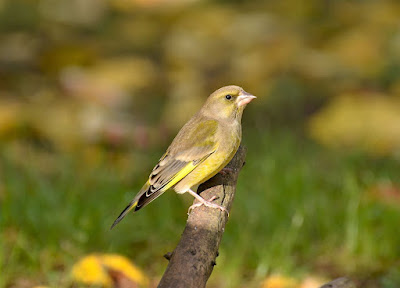 Greenfinch
The farmer had mentioned seeing a Green Sandpiper feeding around the edge of his slurry pit so despite the now persistent rain, I went for a look. For sure the sandpiper was still there, bob-bob-bobbing along the muddy edges while finding lots of food. “Where there’s muck, there’s brass” - and food. 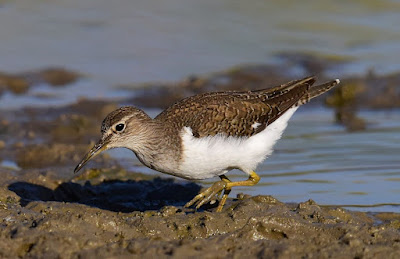 Green Sandpiper
There’s been a few sightings of a Glossy Ibis in the area of Pilling nearby but it seems the sickle bill has done a bunk, watched flying off to the North West on Monday. That’s not to say it won’t be back as these strays have a habit of doing a disappearing act only to be found near the original spot a few days later.
I last saw Glossy Ibis in Menorca a few years ago where in typical fashion several of them fed in shallow marshy pools in the company of Wood Sandpipers, Mallards and Black-winged Stilts. 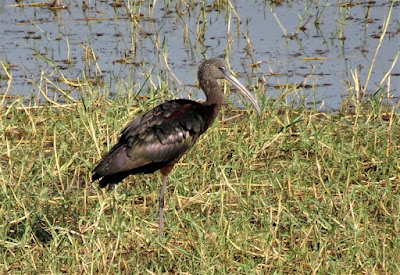 Glossy Ibis
I fully expect to next see a Glossy Ibis in Lancashire fairly soon but also in Greece in May 2022.
Glossy Ibis breed as close as close to the UK as the Camargue, other parts of France, into central Europe and further east around the area of the Black Sea. Glossy Ibises are especially nomadic during the autumn when the more northerly populations of Europe are fully migratory and travel on a broad front, for example across the Sahara Desert.
Perhaps Glossy Ibis, among the most widespread bird species in the world and one capable of impressive long-distance movements between breeding and wintering areas, could like some of the heron and egret family, become a British breeding species soon?
There’s more rain and wind for a day or three but back soon on Another Bird Blog.