What a month October has been so far for weather, and I mean poor weather by that. Day after day of rain, showers, wind, and often all three. Dreich it certainly has been, and days out in the field have been at a premium. It's been a case of just taking any opportunity of a weather window and going for it, and as such, most of my days in the field have been to keep the wolf from the door, rather than for pure pleasure and indulgence. But they have been just as enjoyable nevertheless.
And this brings me to 'Survey Saturday'. Saturday just gone to be precise, and I was at one of my now three wintering bird survey sites that I have this winter. I was in the west of the county, under six oktas cloud cover, with a 10-15 mph southerly wind, that was just a tad too strong for ringing. This was the first half-decent morning for some movement, but not as much was on the move as I expected. 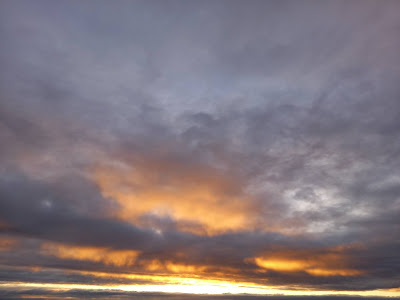 This is how the day dawned from my first VP
Wildfowl dominated the morning, and I had a number of Pink-footed Geese and Whooper Swans over, and both Pinkies and Whoopers are always good to see. The Pinkies were behaving in various ways, and some were dropping in to feed in fields just to the west of my survey site, others were obviously heading north from their roost on the Ribble to feeding areas over Wyre, and some were probably arrivals from the north. In total, I recorded 1,140 Pink-footed Geese. 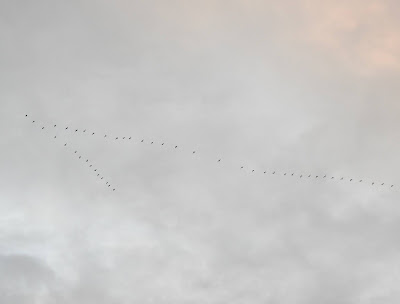 Pink-footed Geese
It's hard to beat the call of Whooper Swans as they fly over, to evoke the wild places that they inhabit, whether that's their tundra breeding grounds in Iceland, or some of their wild and windswept wintering areas on coastal grazing marshes in the UK. I had 30 of these bugling beauties over, and they made my day. 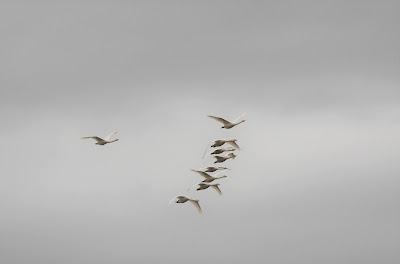 Whooper Swans (above & below) 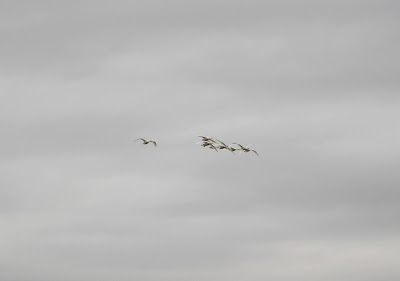 In the 'also ran' category of wildfowl, were two Canada Geese, eleven Greylags, 15 Wigeon, 18 Teal and 19 Mallards. Within this particular survey area, is a fishing lake, and on there in addition to the Mallards, were two Moorhens, 17 Coots and a Little Grebe. Interestingly, from a pond next to the fishing lake I heard a singing Cetti's Warbler, and I had another Cetti's Warbler singing from a water-course that forms the northern boundary of the site.
There were a few raptors about, including a Kestrel, five Buzzards and three Peregrines. I had an adult Peregrine perched on an electricity pylon, and two immature Peregrines that were squabbling and flying over the currently non-existent wetland. It's still not wet enough for it to form!
There was a little bit of vis, and a family party of six Ravens calling to each other as they headed east was a bonus. I always enjoy Ravens. As I hinted at earlier, the vis was a bit thin on the ground, and I recorded just 13 Starlings, a Redwing, a Pied Wag, two Chaffinches, three Bramblings, eight Greenfinches eleven Linnets and a Reed Bunting. That's more than a bit thin on the ground!
Not all of the stubbles have been ploughed and tilled, and on the remaining stubbles was a respectable flock of 85 Skylarks, along with ten Linnets and five Reed Buntings. Three Tree Sparrows in a hedge, with three of their 'House' neighbours, is all that remains to report. 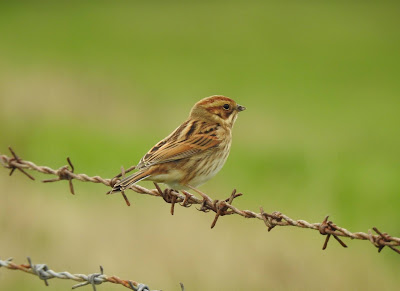 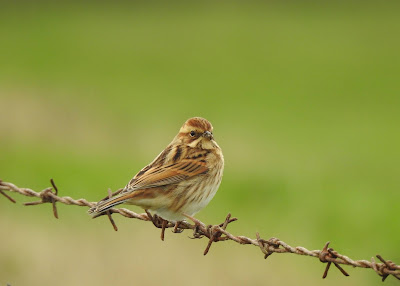 Looking back in my notebook from 1983, I did a bit of twitching on this date (23rd October) that year. On a bright, and cold morning, I headed to Pickmere in Cheshire, with some of my teenage birding mates, to see a summer plumaged Great Northern Diver. I have no idea why we went all the way to Pickmere to see a Great Northern, but we did. Anyway, we saw the bird, and as I mentioned it was in summer plumage, so I suppose that was a bonus.
On the way back we called in at Seaforth NR on the Mersey, but saw very little other than a few Red-breasted Mergansers. However, in the fading light that day, in a Layton garden on the outskirts of Blackpool, we managed to see another Red-breasted species that had been found by ME, and that was a 1CY Red-breasted Flycatcher! So, not a bad day in all 38 years ago! Mind you, I wouldn't travel to see any of those birds now, I just prefer to bird my own patches. However, it's each to their own.