That’s me stymied for a few more days, unless I can summon up a blog post for regular readers.
“Warnings highlighting the risk of potential impacts from heavy, persistent rain are in place across parts of southern Scotland and North West England. Parts of these areas will see some large rainfall totals over the next day or two due to a slow-moving weather front with amber and yellow National Severe Weather Warnings in place. Rainfall of 100 to 150mm is likely to accumulate widely throughout parts of Cumbria, with 200 to 250mm across some of the Cumbrian fells.” 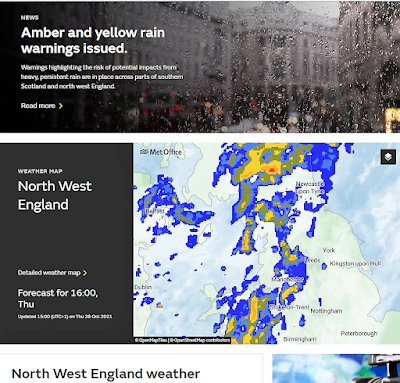 Birding Agony
“These amounts of rainfall present a real threat of flooding and people should keep a close eye on flood warnings from the Environment Agency. There may be some disruption to transport, with difficult driving conditions and possible road closures.”
==================
Meanwhile and in a slightly brighter vein here’s a true story that may or may not result in a happy ending.
Agony Aunts are for the red top newspapers and glossy magazines and not the birding press - right?
It appears not as I found a snippet in this month’s copy of Birding Monthly under the column heading - "Ask Dorothy - Birding problems – Advice about ID, Photography, Birding Gear and Personal".
Suitably intrigued, I read more. At first reading it's an anguished tale but a cheerful ending could be in sight.
“HELP! My partner’s lost his birding mojo.”
"DEAR DOROTHY: I first met my partner 3 years ago on a cross country trip to Spurn to twitch a Red-flanked Bluetail. Frank was stood in a line-up of birders scanning for the bluetail. As people moved around chatting I found myself next to this good-looking guy who carried all the latest birding gear. He didn’t seem to notice little me even though I asked him lots of questions about birds, Spurn and Yorkshire in general."
"I quizzed him about his brand new top-of-the-range-optics and his life list, but at best I received a mumble or two in grudging recognition of my presence. I was impressed though when after a minute or two Frank latched onto the target bird as all the other dudes around just gossiped away. Eventually we grilled the bluetail together as he slowly loosened up enough to chat for a while. After what seemed an eternity he let me raise his monopod and test his Optigrand Super Zoom with Wi-Fi and Smartphone Holder. That was a very impressive piece of kit, I can tell you.”
“To cut a long story short Frank and I became best buddies, and pretty soon a pair of inseparable lovebirds. But now three years later and after many a shared tick and twitch all over the UK, Frank has mutated into a birder I don’t recognise. He no longer gazes at Birdforum, has cancelled his subscriptions to Rare Bird Alert and Birdwatch magazine and is reluctant to hit the road for new birds. Just recently he joined the RSPB."
"Last week I had a plane chartered to fly to Shetland for a First for Britain, a Greener-green Warbler (Phylloscopus viridus viridus), but he said “No thanks chuck, I have a survey to complete, and then I need to enter my Birdtrack records on the laptop.  The final straw was yesterday when he 'came out' as being a closet member of the BTO.”
“What has happened to my Frank? Have I lost my birding soulmate? Is there life after twitching?” “
Betty. Bootle, Merseyside. 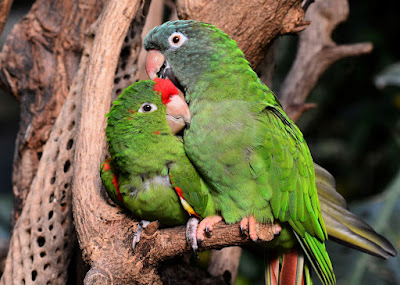 Lovebirds
"DEAR BETTY: My heart goes out to you."
"Many of us steadfast twitchers are mortified when a valuable member of the birding community is lost to questionable pursuits you describe."
"It sounds like your Frank is in danger of becoming something we call an 'ornithologist'. It’s a nasty illness that affects the weak-willed and the delusional. Very often such people are loners and ill-adjusted to the social and communal aspects of birding."
"Try dialogue and compassion. Be tolerant and persuade him of the errors of his ways through displaying how much you still care for him. Try showing him pictures and videos of all the goodies he missed lately: that should bring him to his senses."
"If all of that fails, and as a last resort I recommend Surveygone™, available from your local chemist. It’s guaranteed to erase all anti-twitching thoughts and to end the compulsion for taking part in bird surveys. It's successful 99.9 per cent of the time. Just put a few drops in his morning coffee for a week or so. He’ll be right as rain and back to normal in no time.” 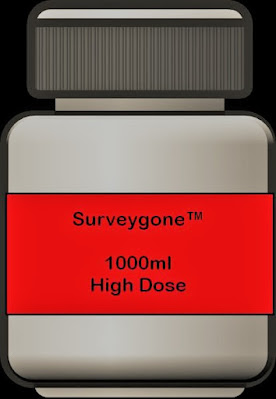 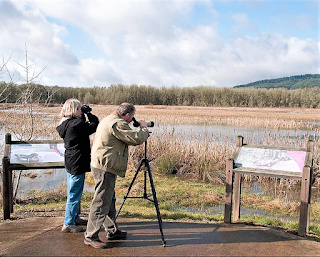 Betty and Frank - Birders
So Dear Friends, you may think that birding is a fun, harmless pursuit, but there are hidden dangers. Birding can result in real tears, broken relationships, and having to seek professional advice from complete strangers.
Don't say you haven't been warned.