Start time 0645. I was on my own on Sunday and planned to ring Linnets again, Linnets caught in the seed plot only. I knew there would be good numbers because on Saturday when Sue was busy on the phone to her sister in Torquay, I snuck out for an hour (or three) to check the Linnet numbers and drop fresh seed in the plot.
After a good few looks I reckoned from both sight and sound of the numbers there could have been as many as 300 Linnets; when they all join together in the tree tops they make quite a racket.
At last, Sunday dawned with a 4mph negligible wind and no rain. I went on to catch total of 17 new Linnets with zero recaptures from previous occasions, this year or from the almost 1000 Linnets ringed in this location during recent years. The 17 ringed comprised 14 males and 3 females, an overabundance of males on this occasion.
These proportions of males and females are similar to the autumn as a whole where the total catch of 227 Linnets this autumn equates to 136 males (117 first year, 19 adults) and 91 females (77 first year, 14 adults). 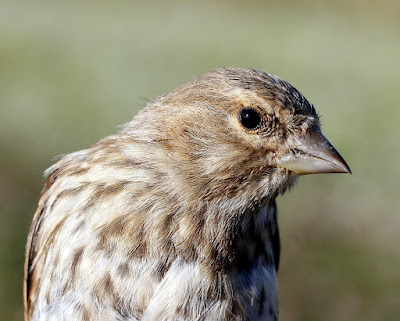 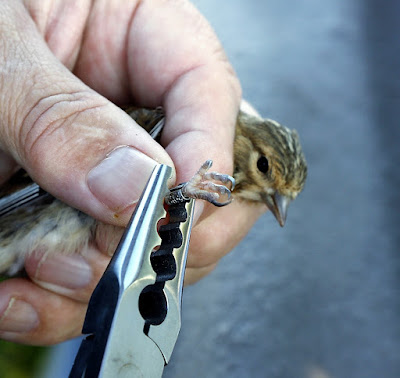 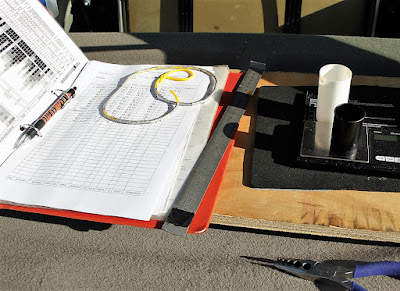 Linnet ringing
Here are a couple of tales about our UK Red Listed Linnet a once familiar bird of the countryside, an environment as rapidly vanishing as the birds it once supported in huge numbers.
Readers of a certain age will certainly remember a ditty featuring the Linnet and made famous by Cockney (London) music-hall in the early part of the 20th Century.
“My old man said "Foller the van, and don't dilly dally on the way", the story of a couple doing a “moonlight flit” from their house in the dark of the night to avoid paying rent owed to the landlord.  Anyone who knows the song will remember how the wife continues the story in the Cockney dialect. “Orf went the van wiv me 'ome packed in it, I followed on wiv me old cock linnet."
The “old cock linnet” was the family pet – a Linnet, a finch highly prized for its rich musical song a century and more ago. Around that period it has been estimated that 50% of households in Britain kept a cage bird. Linnets were the most popular of all because they were very numerous and huge numbers were taken from the wild to satisfy the whims of the time. 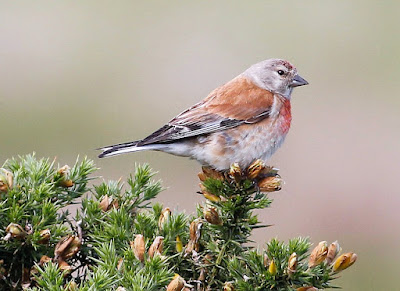 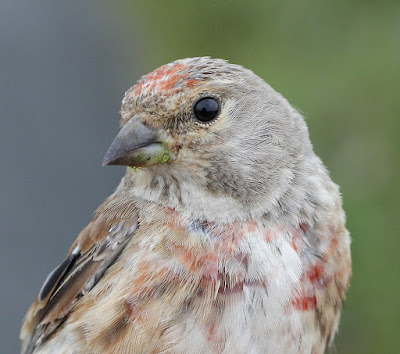 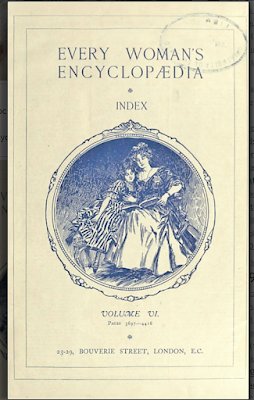 Every Woman's Encyclopaedia 1910-1912
“There are five other members of the family of the Fringillinae which well deserve notice, as they are very suitable for pets. They are the linnet, siskin, redpoll, twite, and crossbill.”
“The linnet claims the first place in popularity, and is one of the best of our British songsters. Its notes are very sweet and soft, although on this point individual birds vary, some being far better songsters than others. Old birds have a much fuller and better song than young birds, and are thus sought after by those who know of this characteristic."
“The cock linnet varies considerably at different periods of his life in the colours of his plumage, a fact which has led to the belief that there are several varieties of linnets, whilst, in reality, this variation in the colour of the plumage depends on the age of the bird.”
“For instance, birds of a year old are called grey linnets, the feathers on the head and breast being edged with grey. Adult birds in the spring assume what is termed the breeding plumage, when the feathers on the head and breast become bright red, and the whole plumage brighter and more intense in colour. These birds are known as rose linnets. This red colouring quite disappears from birds in captivity.”
“During the autumn and winter months the plumage of the adult birds becomes a rich brown, and they are then known as brown linnets. The plumage of the female bird does not vary, and is very similar to that of a young male bird. It is of a sombre colour, with less white on the wings and tail, and never possesses any crimson plumage on head and breast.”
“The linnet is naturally a shy bird, but in confinement becomes quite tame and makes a very pleasing and interesting pet. In their wild state Linnets become gregarious in winter, and may often be seen in the open country feeding on the seeds of wild mustard, sharlock, and other plants.”
The Linnet overcame such muggings upon its place in Victorian England only to face ever more determined and sustained assaults in recent years by those looking for ways to concrete over what’s left of England's countryside.
Stand by soon for more Linnet tales, old and new from Another Bird Blog.