I set off in the dark and drove towards Lancaster. The temperature hovered around zero under a clear starry sky that hinted at a sunny day. As it does so often, the morning began with a Barn Owl, but not in the usual spots.
The owl was at Conder Green where it hunted over the areas of rough grass areas that surround the pools. I watched the owl for a while as it played hide & seek with the camera until it flew off towards Glasson Dock’s roadside barns. 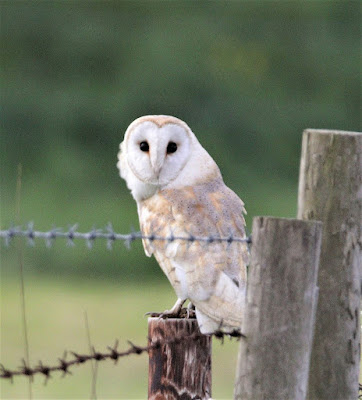 Barn Owl
The light wasn’t perfect yet but good enough to clock the wildfowl and waders where scans and counts revealed 28 Wigeon, 4 Little Grebe, 1 Goldeneye, 1 Grey Heron, 1 Little Egret and 48 Teal. There was no sign of the recent Green-winged Teal but my overall count of teal species was below recent averages whereby Teal are good at hiding in the reedy margins with the result that some remained unseen. 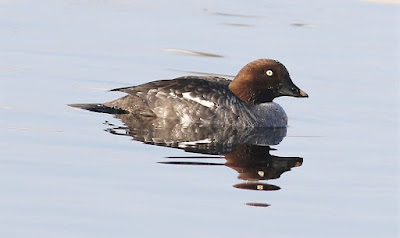 Goldeneye
Waders were the expected handful of species that rarely changes in winter composition but fluctuates in numbers. Today all of them proved to be in a flighty mood - 65 Lapwing, 22 Redshank, 6 Curlew and a single Oystercatcher. 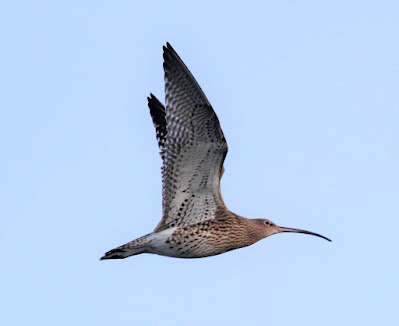 Curlew
A Kingfisher obliged by sitting at the water spillway but briefly. Within a few seconds it was gone, skimming across the flat water to an unknown spot at the other end of the pool. 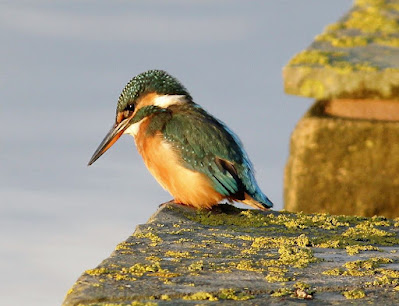 Kingfisher
The few passerines around numbered 11 Long-tailed Tit, 2 Blackbird, 1 Dunnock, 1 Wren along the hedgerow, hawthorns that hold few birds, probably because there is constant disturbance from vehicles large, small and inevitably noisy in using the parking spot.
Perhaps local birders can answer this question – where are all the unglamorous Dunnocks this autumn and winter? I have seen, heard and ringed very few all year. The species is even absent from the garden, most unusual. Theories please. 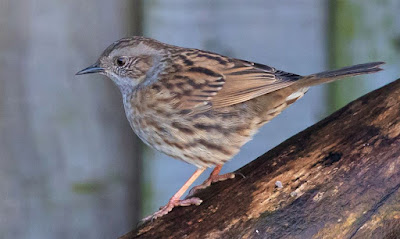 Dunnock
I took a drive up to Cockersands and picked up a few extra species that included a small flock of mixed Redwings and Fieldfares, about 30 birds in all that flew between tall trees and a single hedgerow. Near here and Gardner’s farm a Kestrel sat atop a roadside pole and approximately 130 Whooper Swans stayed noisy and distant. There are very few berries left now following a quite average berry crop this autumn. 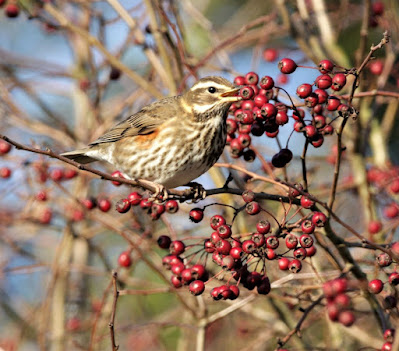 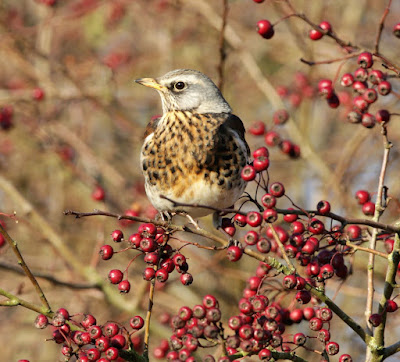 Fieldfare
On the way back home a stop at Braides Farm found a rather decent if somewhat approximate number of Lapwings (500), Golden Plover (750) and 40 or more Redshank. I wondered why all were so difficult to count, very flighty and taking to the air for “nothing”, flying around and then dropping back into the fields. It was a Sparrowhawk, a large female sat on a broken down post in the centre of the mayhem where it watched for the opportune moment and a meal.
I let the birds be then drove to Gulf Lane and the feeding spots we cannot work for ringing purposes because they are close to a case of Avian Flu in Preesall/Pilling.
I dropped more seed on the ground for the count of 125 Linnet, 12 Chaffinch, 4 Blackbird, 1 Fieldfare, 1 Great Tit, 1 Robin and 1 Moorhen. It's very frustrating that we are barred from catching and ringing these small passerines.  Let’s hope we can return to our ringing quite soon.

Linnets
Back soon with more news, views and photos on Another Bird Blog.