Where to go on Thursday....I juggled with one or two of my favourite birding sites, in the end the estuary magnet got a hold and off I went to Conder Green.

On Conder Pool, a Kingfisher was the star attraction, it landed briefly on the outflow where I'd wager it does a few times on a daily basis. I counted 68 Wigeon, 4 Goosander, and 2 Little Grebe, another was in the creeks. Three drake Goldeneye were my first of the winter on the canal basin at Glasson Dock.

Ten days after my visit to Cockersand 22 November, c.180 Whooper Swan have relocated to other fields, including up to 120 west of Gardner's Farm. On a wander, 12 Greenfinch, 8 Blackbird, a Song Thrush, at least 300 Golden Plover south of the abbey, and probably as many as 20 Skylark hidden in stubble off Slack Lane.

There was another grand finale for me again at Cockersand, though this time I left too early for the sunset.

View Full Screen
The Barn Owl performed impeccably for several minutes as it hunted over the fields north of the caravan park. 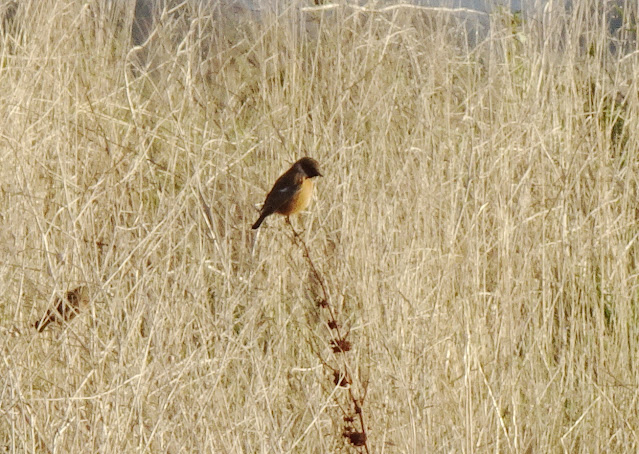 Stonechat Cockersand. Pete Woodruff.
The pair of Stonechat also put on a show for me again in the long grasses. But today, a bonus awaited me as I drove towards the gate to Abbey Farm. 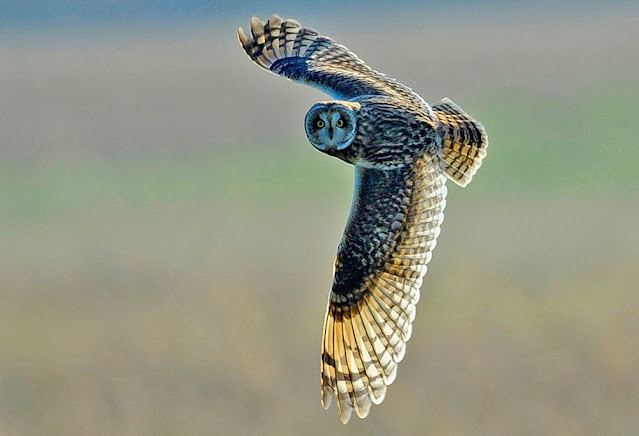 Short-eared Owl Brian Rafferty
To make the grand finale complete, a Short-eared Owl was in front of me within 50 metres initially, but soon worked away from me as it hunted the inland fields and eventually disappeared east from view.
Thanks to Brian Rafferty for the excellent image of the stunning Short-eared Owl. It perfectly mirrored what I saw through the windscreen at close range on Thursday afternoon. Putting this image up represents a huge thank you for the kind of photography he allowed me to use on B2B for many years. I sincerely hope he can resume some normality in 2022, and I can then continue to use his work again....I wish you all the best on your road to recovery Brian.
And Finally.
A second helping of the stunning sunset at Cockersand on Monday 22 November. Set to music, not necessarily the best choice, but as an experiment it's at least OK until I find something more appropriate.
View Full Screen