CHECK BELOW THIS BLOG FOR THE FULL NATURE BLOG INDEX (SCROLL TO BOTTOM OF PAGE...)

Today I returned to Dalton Crags to search out the Blue Roundhead (Stropharia caerulea) which for some unknown reason I forgot to write down the GPS yesterday (very unusual), but until I actually posted the photos I had not realised just how popular the post had proved to be and the massive interest the roundheads had been. I was being asked by friends of where were they and I struggled to tell them.

But today whilst on my return there was bad news! after I had paced the area for almost one hour in search of this elusive fungi which was here yesterday, or so I thought. I just could not find them for love nor money!  But there is good news! I continued to look but widened my field and after another five minutes found a new population, which could never have been that far away from yesterdays.

This time sure enough I did write the gps down even in the pouring rain and as soon as I got home made out a short sketch showing were these little gems resided.

There seemed to be lots of fungi around but the rain was taking its toll so I decided maybe another days beauties, I did manage to check out some Common Puffballs which were well gone over and had already puffed out their insides. 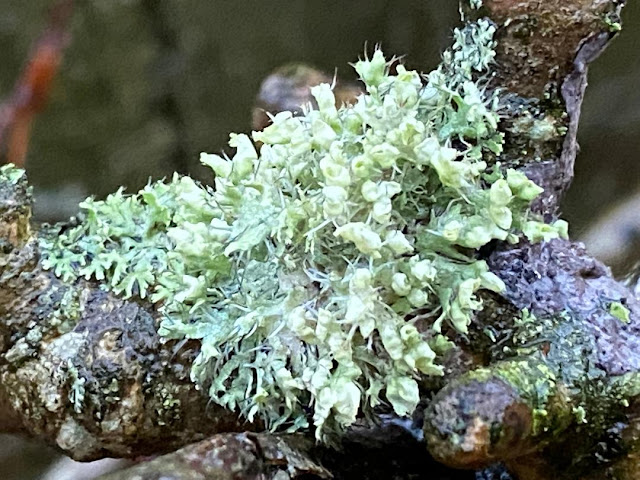 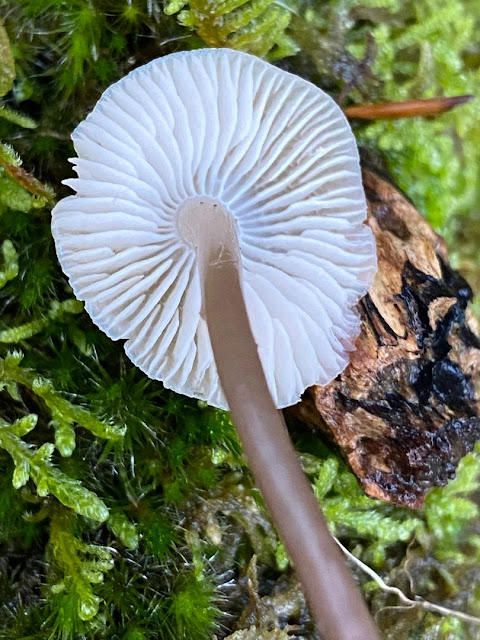 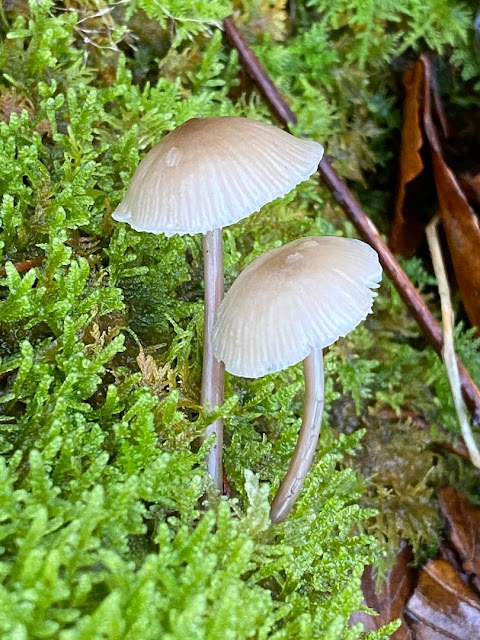 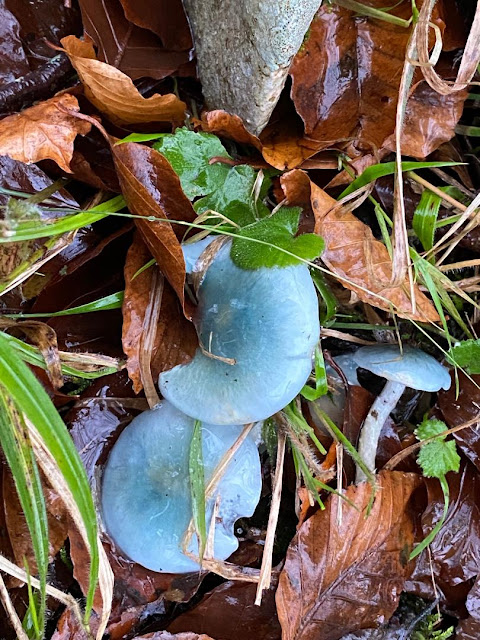 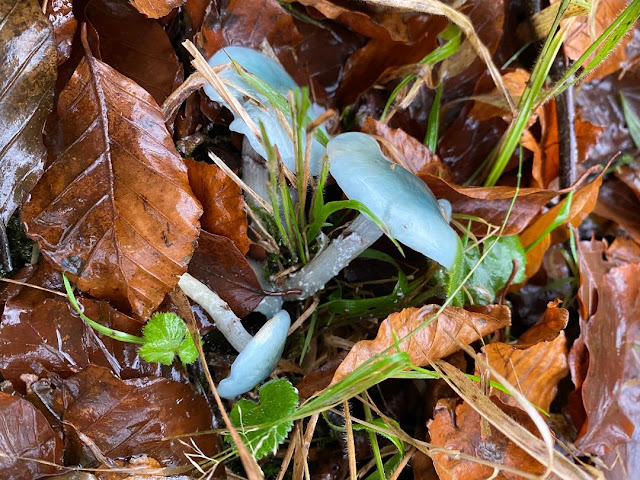 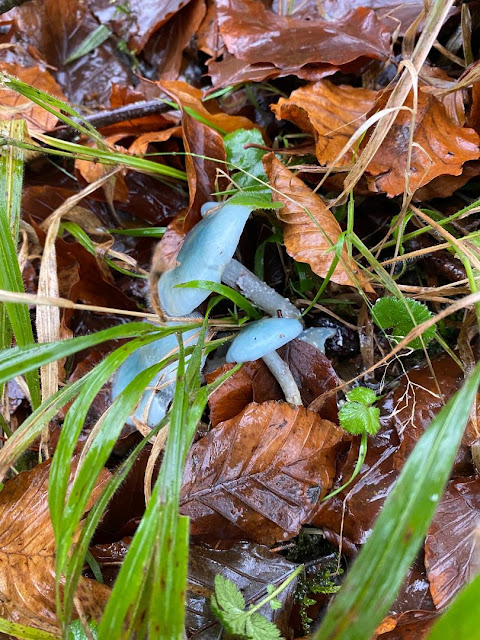 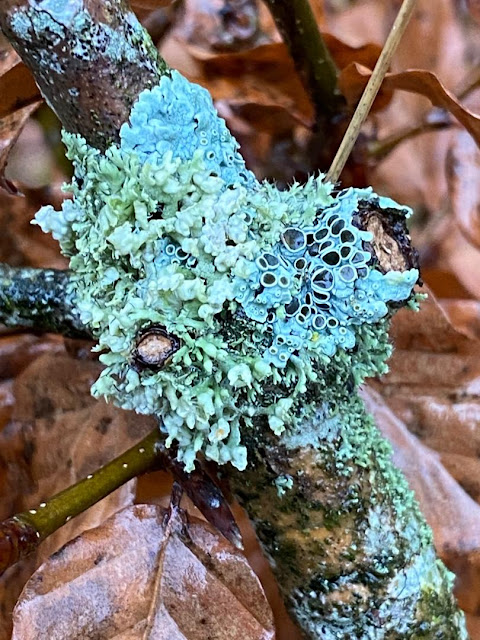 (above) Is this shade of blue the same blue as the Roundheads fungi? 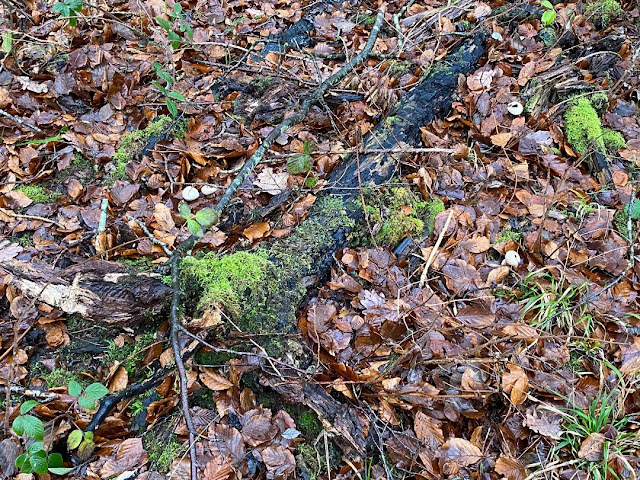 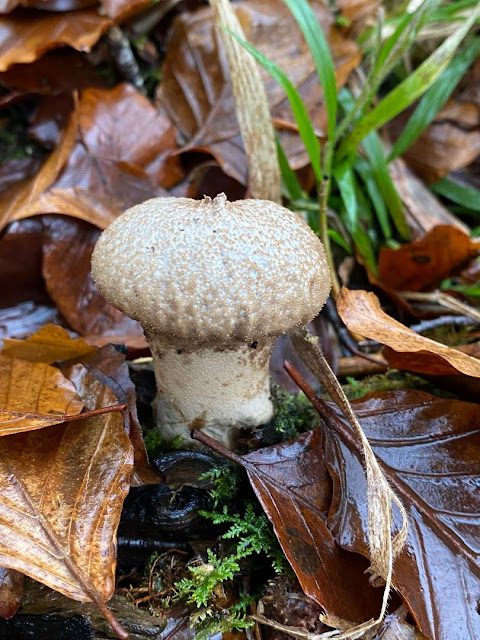 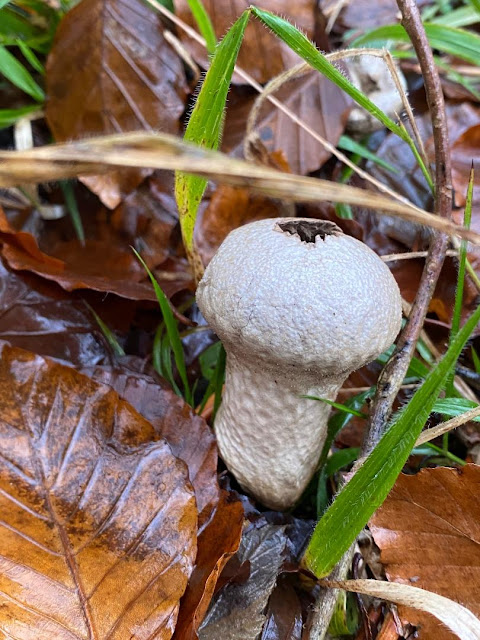 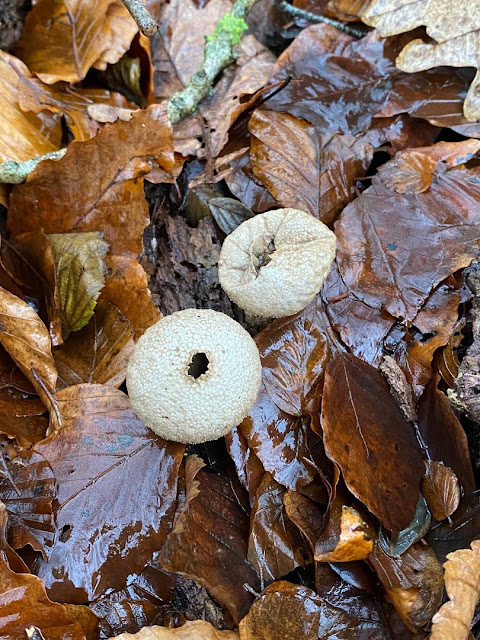 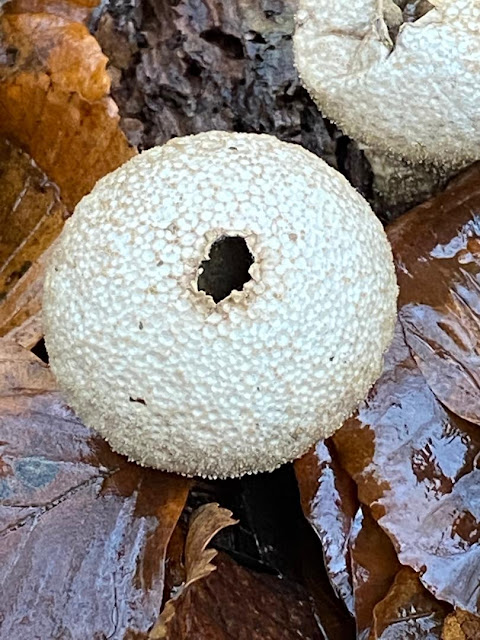 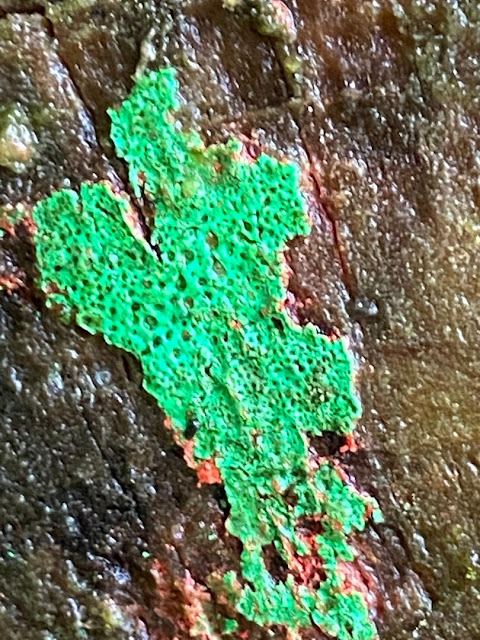