Avian Flu still rules in this part of Lancashire where bird ringing remains verboten until sometime never. Avian Flu also made the TV News headlines as an afterthought, yet another panic story, as if there wasn’t enough to scare everyone witless enough to place lives and normal freedoms on hold.
Those temporary restrictions don’t stop a little bird watching or even topping up seed at supplementary feeding stations when suitable precautions are taken to minimise any spread of infections between species.
On Friday the mission was to seek, find and to count birds at both feeding stations and then to add some variety to the birds’ everyday food. A bucket or two full of rape seed, Niger and white millet gets them coming back for more, especially once temperatures dive and overnight frosts make natural seeds unpalatable. 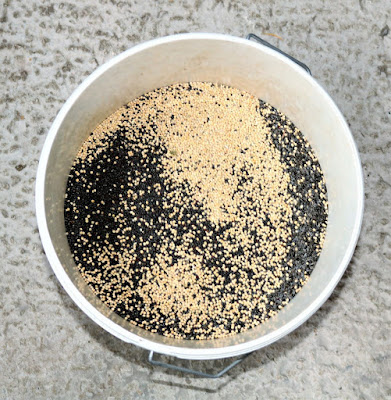 Supplementary Bird Food
The wind dropped overnight and left a touch of frost, but not enough to freeze shallow ditches and dykes. 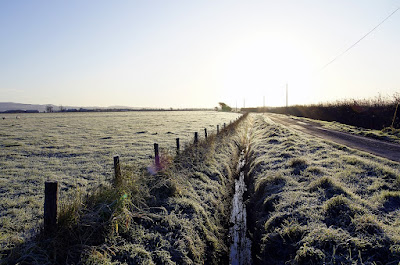 Pilling Lancashire
There’s a bonus to the avian flu because for now shooting in the 10km zone is also prohibited, which means that our coastal geese and wild fowl have a temporary reprieve from becoming a Christmas platter.
A number of large skeins passed over, a constant flow of noise above, in all several hundreds, maybe 4/5000 thousand. 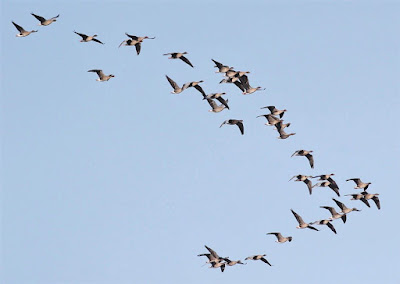 Pink-footed Geese
Geese leaving their overnight roost are especially noisy, a constant conversation of shrill doggish yaps from each and every bird to their immediate neighbours in the line, perhaps a relative, a sibling or a parent. If only we could learn goose talk we might listen in to where they are heading, where are the best meals safe from disturbance, prying eyes and the threat of guns.
And why do geese fly in V formation? Scientists have determined that the V-shaped formation that geese use when migrating serves two important purposes. First, it conserves their energy. Each bird flies slightly above the bird in front of them, resulting in a reduction of wind resistance. The birds take turns being in the front, falling back when they get tired. In this way, the geese can fly for a long time before they must stop for rest. Birds that fly alone beat their wings more frequently and have higher heart rates than those that fly in formation. It follows that birds that fly in formation glide more often and reduce energy expenditure.
The second benefit to V formation is that it is easy to keep track of every bird in the group. Flying in formation may assist with the communication and coordination within the group. Pilots of fighter aircraft often use this formation for the same reason.
Our morning goose flights can last for hours for anyone minded to watch this is a daily winter occurrence, background noise to which Joe Bloggs becomes accustomed and immune.
I too took my eyes off the geese and looked to the job in hand while the geese continued their morning mission inland.
At our erstwhile ringing plot I found 130+ Linnets and a couple of Chaffinches. It was just as well I concentrated on a count because on the extremes of the Linnet flock a tail-wagging Stonechat flicked into view. And along the ditch were the ubiquitous Wren, a Blackbird and the ever present Reed Bunting, a wintering species that relies on animal food during the summer months but switches to a seed diet in the winter. 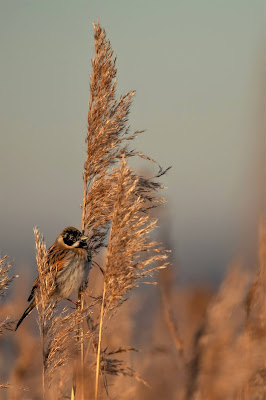 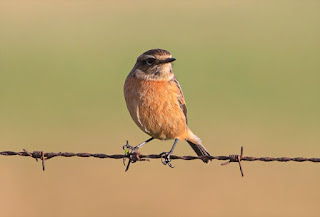 Stonechat
A couple of hunkered down Snipe flew from beneath my sploshing feet, the grass wetter and the water deeper than first appeared; my wellies had been a wise choice. 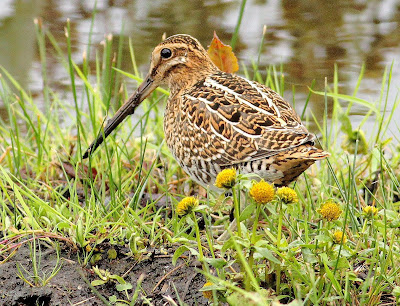 Snipe
The pool nearby held 20 or more Teal, an approximate count as a handful or more remained partly hidden. A single Grey Heron and a solitary Little Egret stayed in the trees as I looked from 50 yards away. 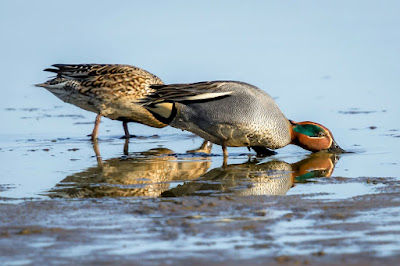 Teal
Rain arrived from the west with immaculate timing - my appointment with BT. Another Bird Blog goes Fibre Broadband in 2022. There’s no stopping us now.
Linking this weekend to Eileen's Blogspot and Anni in Texas.